What can survive when everything around you is torn apart? And when I say ‘torn apart’ I mean it in vivid, jaw dropping CGI big screen high definition insanity!?

Well, on the strength of San Andreas only The Rock (Dwayne Johnson) – here playing hotshot rescue-chopper pilot Ray, and the nuclear family as a concept worth risking everything for… 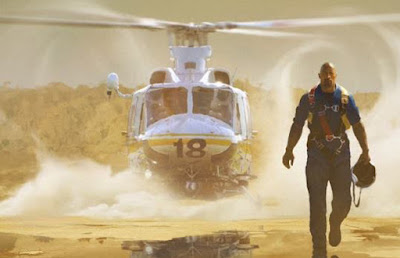 "hero rescue pilot at your service"

Ray’s family consists of his lovely, estranged, but still sort of in love him, wife Emma (Carla Gugino – who is the same age as me but has aged so much better), plus smoking hot 20-something daughter Blake (Alexandra ‘True Detective’ Daddario). You see, the underlying message of Brad Peyton’s disaster-em-up is basically ‘good looking people should always be saved’ but if you’re a bit average, hhhhmmmm don’t rate your chances.

On the Richter scale of ‘what are these people doing in such an obvious B-movie?’ Paul Giamatti registers a huge spike as Laurence - a doom saying seismologist whose every line after the devastation kicks off could have been ‘told you so’… Also along for the mass peril ride is Daniel Riddick (Ioan Gruffud), an architect who had designs on Ray’s wife and has made a super new high-rise tower – cue audience cries of ‘ooh wonder if that will come down in the quake?’… 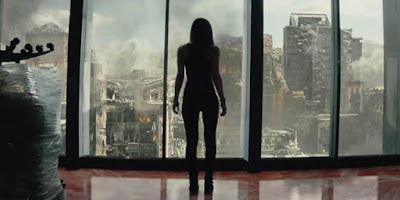 And there’s a tiny cameo for pop princess Kylie Minogue who actually doesn’t last long despite not being ugly, but she’s obviously killed off because she’s not a very nice person!? Plus there are a couple of 'nice but dim' Brits who tag along making us English people look bad...

So if you want to ‘enjoy’ San Andreas (I use the word enjoy under advice from my lawyer that it might be misleading) you really need to disengage your brain and let the genuinely impressive destruction wash over you like the massive tsunami cause by the after shocks. 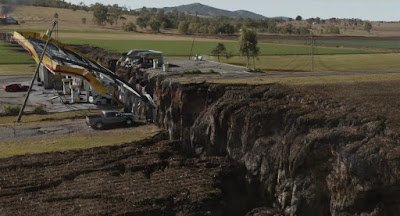 "There goes the neighbourhood"

Props must go to the special effects people as they really do bring some serious end of days mayhem to the screen in fine style, it’s just a shame the uniformly corny acting, duff dialogue and predicable plot do all they can to distract from the spectacle.

It does get extremely far fetched, with many very close shaves for the plucky family. I was a little disappointed in fact not to have them go all out and include a scene where The Rock had to punch the fault line back into place to save the day. 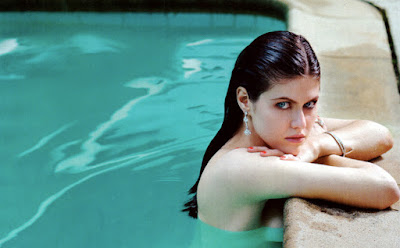 In the end San Andreas works as a by-the-numbers disaster movie, it won’t be anyone’s favourite film of the year but that’s not the ‘fault’ of the makers.

Spiritual Enlightenment öö - family are all that matter