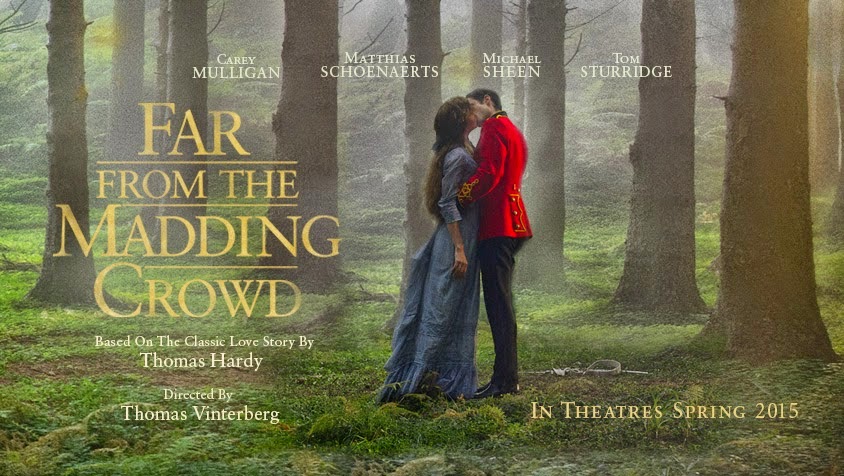 Far from the Madding Crowd (12a)

"It is my intention to astonish you all."

As a boy I was fascinated by the book 'Far From The Madding Crowd' - you see it sat on my mother's bookcase - at the end facing out - so pretty much every day I saw the title and the depiction of a lovely woman kissing a dashing soldier in an idyllic woodland. I fell in love with the title and often wondered what it was that the 'crowd' did to be so 'madding'... Then I saw the 1960's screen version of the book on TV and it was fine but weirdly dull (for a teenage boy at least). 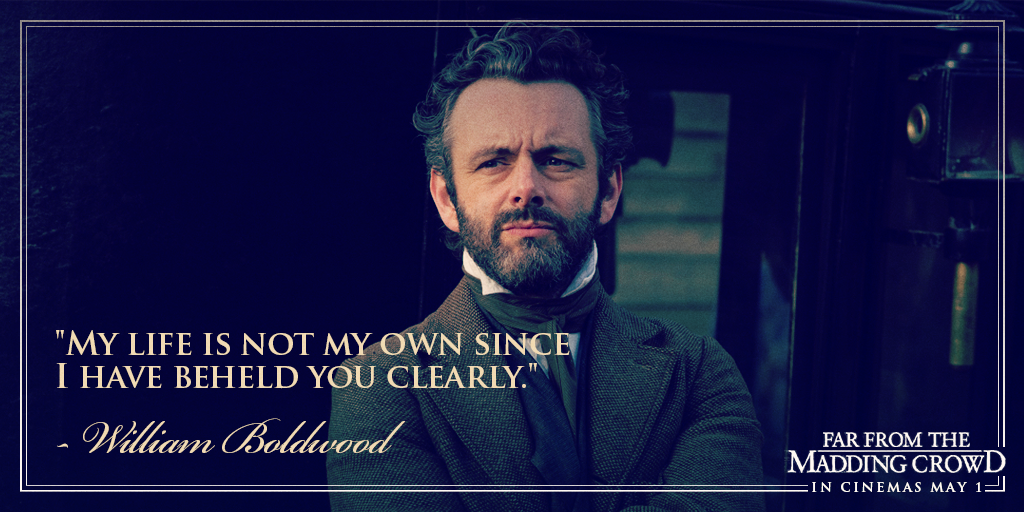 Now my favourite contemporary actress Carey 'Drive' Mulligan takes on the central role of headstrong, beautiful and independent Bathsheba Everdene and I have a new favourite romance film!

Director Thomas Vinterberg's Far from the Madding Crowd is lush, stylish and powerfully emotive - it is also turbo charged by Mulligan's central performance. Screenwriter David Nicholls' new take on Hardy's tale of a single woman in Victorian England inheriting a farm from her uncle and dealing with the attentions of three very different suitors is a compelling adaptation.

Let's look at the suitors - first on the scene is ruggedly handsome and all round decent sheep farmer Gabriel Oak (Matthias Schoenaerts) who no sooner has found her dropped scarf than he proposes to her.

Next up wealthy landowner and master of the neighbouring farm William Boldwood (Michael Sheen) tries it on with promises of giving her 'everything she could desire' just without the actual 'desire' bit...

But can either of them compete with the dashing Sergeant Frank Troy (Tom Sturridge) who wields a long sword and dazzling scarlet uniform, but might be a bit of a cad, what with his betrothed Fanny on the side (Juno Temple) and all? 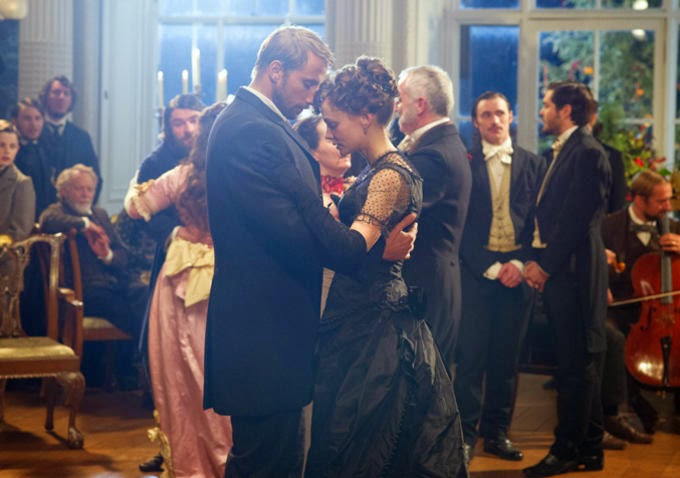 "Dancing - essential element of any courtship"

So girl power Bathsheba has her heart swung in various directions, but being in the firing line of three potential husbands is a tough place to be, especially in a time when stifled women weren't given the respect or credence merited.

It's not just the good looking cast that make this a handsome film either - the cinematic countryside shots are nothing short of magnificent. Key scenes from the book are given swoon worthy cinematography that drew gasps of delight from the madding crowd I saw this with.

This is by far my favourite of Hardy's novels - and the only one to really send readers / viewers off with a smile on their faces, an affirmation of life in their hearts and a romantic glow in their neither regions!?

(4.5 - lovely ravishing romance has rarely been so good!)

Horror öö – was a tough time to be alive, one violent death

Spiritual Enlightenment ööö - be true to your heart 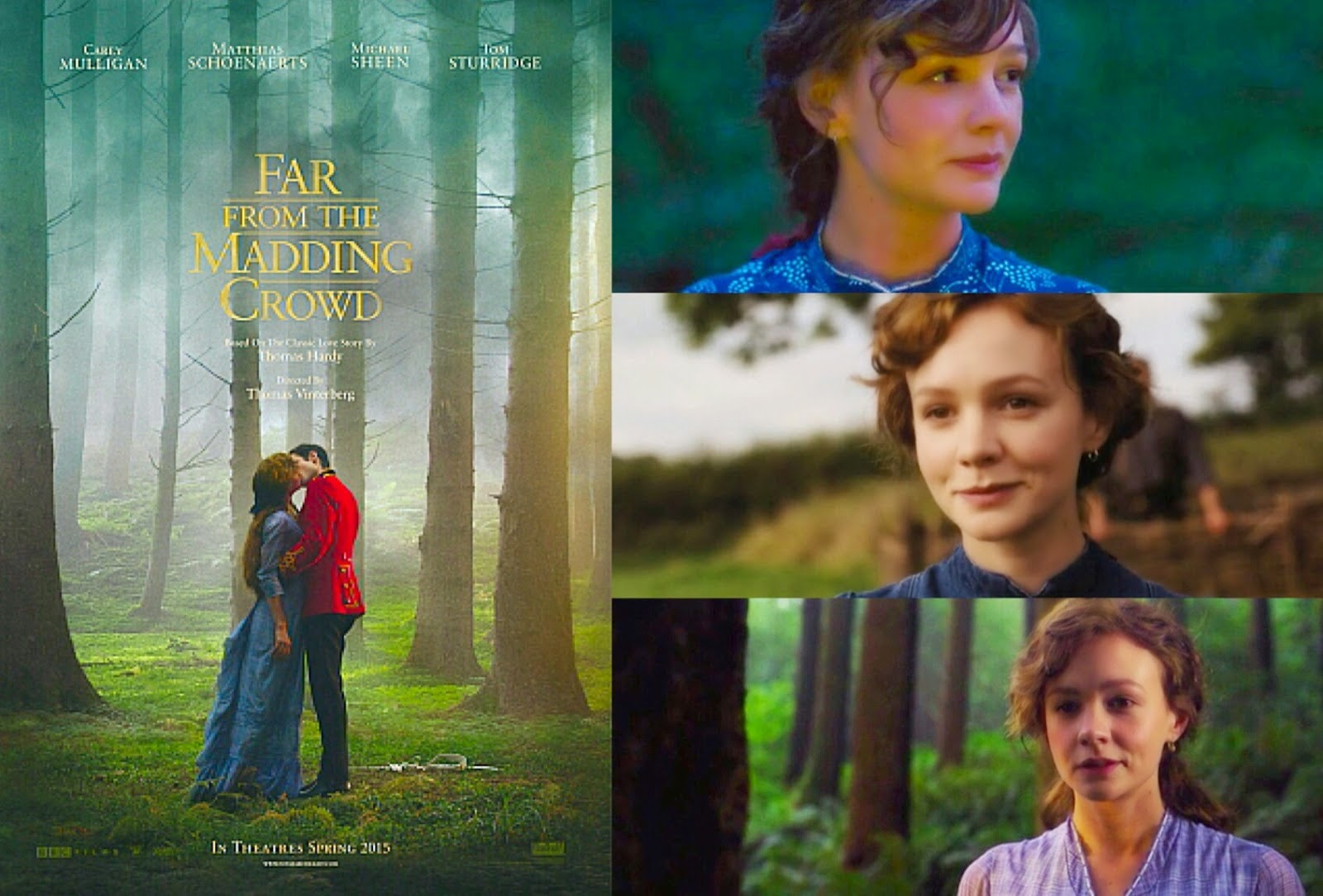 So, you are more Die Hardy than Die Hard?