Darkmatters Review: Tomorrowland - A World Beyond 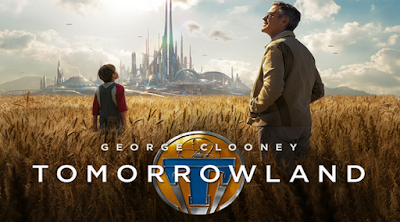 Tomorrowland: A World Beyond (12a)

“Do you ever wonder what would happen if all the great thinkers came together to actually change the world for the better? And the results were, well, miracles?”

Prepare to rekindle your cinematic sense of awe, engage your inner innocent wide-eyed wonder and unshackle your mind from the limits you operate within every day… 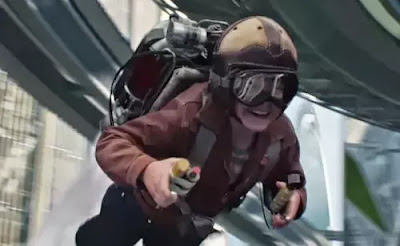 Take a trip to Tomorrowland: A World Beyond – Disney’s big budget retro-feel sci-fi-em-up - and you’ll be transported to somewhere very special.

Your host for this fantastical adventure is plucky teenager Casey Newton (Britt Robertson) who becomes caught up in a dangerous mission to unearth the secrets of an enigmatic place somewhere in time and space – a place called "Tomorrowland." 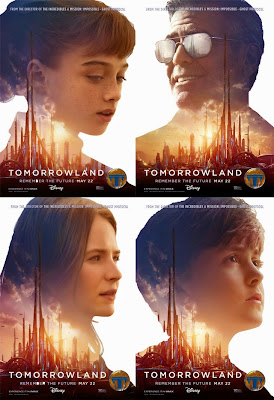 Casey’s not alone in this quest – as grumpy Frank Walker (George Clooney), who was once a child genius inventor, becomes her initially reluctant partner in crime on their quest to save the future. And they're joined by cute robotic companion Athena (Raffey Cassidy) - who might just hold the key to all our futures.

Oh there’s so much going on here – killer robots, geek friendly shops packed with Star Wars memorabilia, a doomsday device counting down to the end of us and a surprising not-entirely-kiddie-friendly body count.

If you’re prepared to let the freewheeling story and stunning CGI stimulate your pleasure receptors Tomorrowland will whisk you away and leave plenty behind for you to think about afterwards. You could say this is like ‘Interstellar’ but a bit easier to get your head around!?

The threat of human society collapsing into a cynical dystopia unfortunately really does not feel that far fetched. As baddie of the piece is Nix (Hugh Laurie), an understated rather than ‘boo-hiss’ overlord of Tomorrowland is stifling the creativity out of the place – which is amusing in itself when you consider the film was originally based on a generic Disney theme park area!? 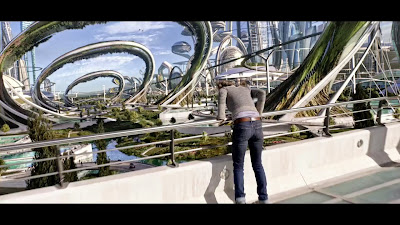 Clooney is on good form, refreshing in not bringing his usual dazzling charismatic persona but rather a less sympathetic and yet still likeable lead. He gets some great lines – like ‘when I was a kid, the future was different’…His rapport with Robertson is winning too – and she is the real star of the film, this is definitely her breakthrough role and I’m tipping her for big things ahead.

Director Brad ‘The Incredibles’ Bird invites you to Tomorrowland: A World Beyond, it’s a place every man, woman and child should visit as soon as possible, just be sure to bring your imagination!!

Horror öö – not too grim but some violence 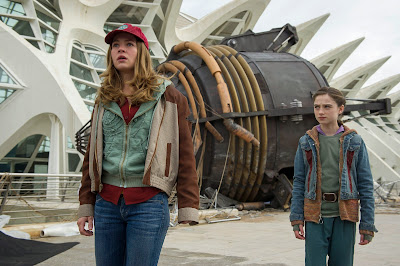