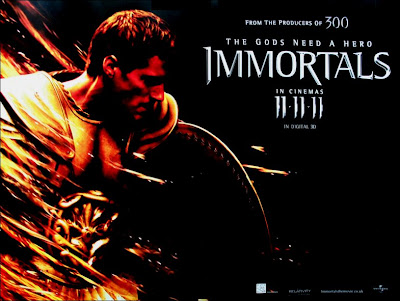 Prepare to get knee deep in hand-to-hand carnage as Immortals, a hyper-stylised 300 wannabe, brings all kinds of good looking battling to the big screen – in 3D too if you swing that way!? Opening with an unlikely line from the great philosopher Socrates: “All men's souls are immortal, but the souls of the righteous are immortal and divine.” Immortals packs a lot more punch than the insipid Clash of the Titans remake.

Set in the aftermath of the Greek gods winning their mythic struggle against the evil Titans and imprisoning the feared combatants in Mount Tartaros.

We find dastardly King Hyperion (Mickey Rourke hamming it up and having lots of fun) bringing his massive army of bloodthirsty soldiers against the peaceful land of Greece – who just might need a young peasant named Theseus (Henry ‘new Superman’ Cavill) to save them… Hyperion has designs on finding a legendary ‘Epirus’ Bow, a weapon of unimaginable power forged in the heavens by Ares.

Whoever wields the bow can unleash hell on mankind and the noble gods can only look on as the tide of death brought by Hyperion sweeps over the land (the gods can not affect man's conflict unless someone lose the Titans... So can the good-hearted Theseus save his people and take down Hyperion?

Director Tarsem Singh has fantastic eye for visual flair – as demonstrated in his gorgeous looking last film ‘The Fall’. With Immortals he is given a more epic canvass on which to wreak stylish destruction - rumour is that the violence has been toned down but the film still manages to make viewers squirm with some memorably nasty moments. Heads are casually loped off, people are encased in specially designed metal bulls and roasted in order to make them scream and Hyperion has a taste for having his enemy’s balls smashed to pulp with war hammers.

Immortals is a testosterone drenched macho-em-up in which females are only represented by the likes of a Virgin Oracle (Freida Pinto) or the sexy goddess Athena (Isabel ‘Transformers 2’ Lucas).

There’s a good amount of bromance happening here too though as heroic Theseus bonds with his surrogate Greek army brothers when not working on changing the Virgin Oracle’s job title.

The ending also sets up a potential sequel with a large-scale battle taking place in heaven, so get ready for Immortals 2 if this one finds a big enough audience.

3.5 – The gods need a better hero than this but will have to make do 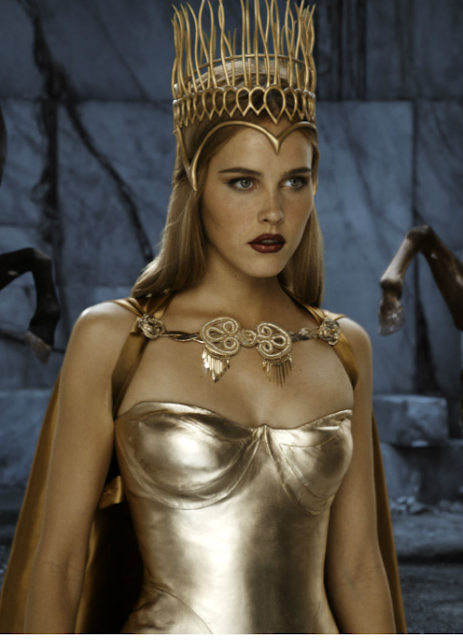