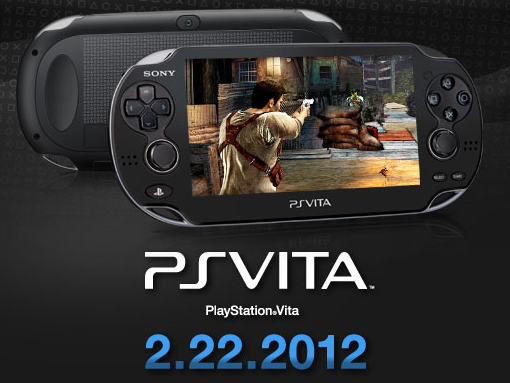 Hands on preview by Matt Adcock

Ever wondered how cool it would be if you could continue that game you were playing on your home console – on the go? Take it to work with you or in the car (as a passenger obviously), finish that game of FIFA on the toilet or snuggled up in bed?

Or how about playing against a mate or family member who is hogging the TV / console combo from wherever you are?

What about a hand held console that packed twin joysticks to allow for that sweet ‘proper’ Call of Duty control system?

Maybe some touchscreen goodness through in along with a touch control backplate and gyroscopic tilt function – with front and back cameras and a huge HD screen?

Well Sony have heard you and are going to change everything you know about gaming when their PSVITA hits the UK in February.

I spent an afternoon with the new Sony handheld putting various games and functions through their paces – here’s what I thought:

The first time you pick up a PlayStation Vita, you realise that you are holding a slab of refined gaming goodness – everything from the well placed controls, the nice balanced weight and the impressively large screen reeks of refinement. The VITA is what the PSP wants to be when it grows up and it feels much more akin to a beautiful piece of future tech than a boxing dual screen game machine *cough 3DS*… 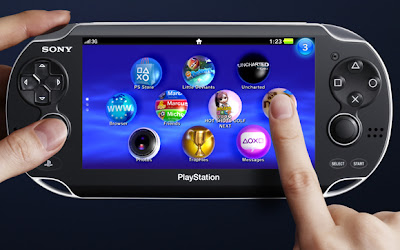 I kicked off my time with a VITA by playing LittleBigPlanet Vita, which impressed straight away by delivering graphics and controls virtually on a par with the PS3 and way way in advance of the PSP version. LBPV also embraces the multitude of control inputs available – need a bridge to cross a large gap? Pressing the back panel to slide out a path is the answer, tilt the VITA to make a rope swing the right way, use the touchscreen to play an on screen piano keyboard… within minutes you’re finding new and highly imaginative ways of playing… all of which will be available to those who want to create and share their own levels.. Sony are working to make LBPV cross play with the PS3 version too (which is a day one option on Wipeout 2048 and MotorStorm RC – more on those in a minute).

Next up is FIFA and I take Spurs on a rampaging destruction of the old enemy Ars*nal – the graphics again are really impressive, the controls sharp – having that second joystick really sets the VITA apart from any other hand held games machine (or phone or pad for that matter). The FIFA package comes with pretty much everything you’ll find on the Xbox 360 or PS3 version – it looks as good and plays as well. I can see some blokes losing a lot of their lives to this game, especially as it comes with online multiplayer including voice chat options. 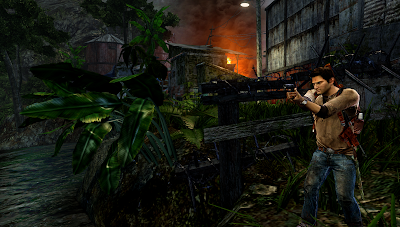 "the future has arrived - New Uncharted is a launch game!"


Then it’s time for Uncharted: Golden Abyss – and if I had been impressed before, my jaw was well and truly dropped at the richest, most involving gameplay and absolutely stunning graphics that Naughty Dog have managed to pack into this portable adventure.

Uncharted hero Nathan Drake really is the new Indiana Jones – and being able to make him fight, shoot, leap, sneak and climb using the various control options highlights the versatility that the VITA brings to the party.

There’s always time for some augmented reality beat-em-up in the form of ‘Reality Fighters’ which takes the idea of imposing the user created fighters onto a real world backdrop such could be your lounge, the pub, your desk… It’s fun enough (especially in two player mode) – in a sort of Street Fighter crossed with Mortal Kombat style two characters enter, one character leaves… 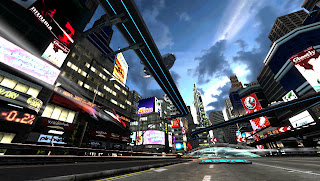 "I mentioned the awesome Wipeout 2048 right?"

Escape Plan was up next – a gorgeous, minimal, Tim Burton-esq effort where you move your main character by sweeping your finger over the touch screen, trying to guide them to escape but often dying horribly along the way.

Racing now with MotorStorm RC, in which you drive a radio-controlled car – it’s an update of the time tested micro machine gameplay – which lets you race across the various MotorStorm tracks from the PS3 and PSP iterations. Whilst not as graphically impressive (this wasn’t final build) the game comes with both PS3 and VITA versions so those who have both machines can immediate fire up a game to challenge others in their household and demonstrate the cross play functionality. MotorStorm RC is all about shaving lap times in order to be known world wide as the fastest!?

Finally I play WipEout 2048, which is my ‘game of the afternoon’ and an absolute ‘must-buy’. Wipeour 2048 is by far the best of the series to date and that includes the PS2 and PS3 versions. The game has been refined, polished and improved – the hyper fast racing is still brutal and satisfying but the tracks packed in 2048 are fiendishly fun to race. I was lost in wonder staring at the lifelike skies above, the moving video adverts lining the tracks, the vertical climbs, the death defying drops… Wipeout 2048 runs smoothly with 8 players (they can be any mix of PS3 and VITA in the cross play mode that works a treat). 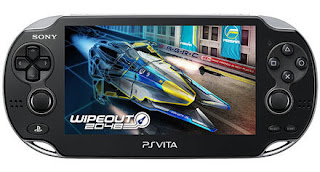 With big hitting franchises such as Bioshock, Assassin's Creed, Call of Duty and Ridge Racer all confirmed – and the excellent level of PS3 / VITA interactivity looking like it will do pretty much everything Nintendo are planning with their Wii U – the future for Sony gaming couldn’t be much brighter! VITA will make anyone who thinks there Xbox Live enabled phone is cool hang their head in gaming shame…

When not gaming the VITA is looking to get stuck into the social networking scene too – it will flag up when friends beat one of your high scores or display what they are playing so you can challenge them. Trophies come as standard as does the 3DS alike ability to give gifts to people wirelessly.

£229.99 might seem a bit of an investment – but there really isn’t anything that compares to the gaming experience that the VITA delivers… I was delighted to have witnessed the future of gaming… Day one purchase for me!! 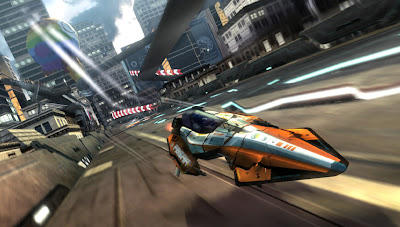 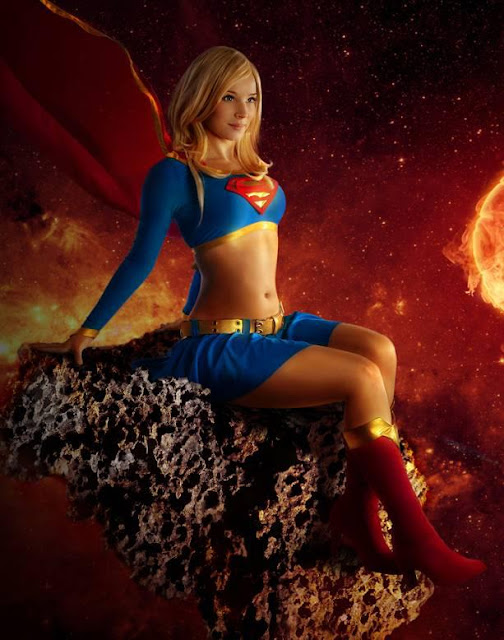