Sherlock Holmes: A Game of Shadows

Sherlock Holmes: A Game of Shadows (12a)

“I don't blame you, I blame myself.

It's been apparent to me for sometime that you would succumb to your feelings for him.

It isn't the first occasion that Mr. Holmes inconvenienced me in recent months. The question is: What to do about it?”

For this follow up to the surprisingly enjoyable Guy Ritchie revamp of the classic famous sleuth – we rewind to 1891 where things are about as happy and harmonious in Europe as they are now!? i.e. the Germans, French and English are really not getting on.

After a political bombing, several unexplained murders and a shady character buying up producers of munitions, hospital supplies – could war be on the cards?

Can Holmes, aided by his trusty assistant Doctor Watson (Jude Law), who’s supposed to be on his honeymoon, really avert a financially motivated world war? And how is the beautiful gypsy fortune-teller Madam Simza (Noomi Rapace) connected? 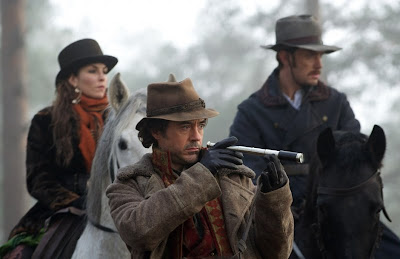 Against the odds, this sequel actually surpasses the first film – upping the scale of the action, improving the awesomeness of the plot, and boosting the fun factor by having a superb cameo from Stephen Fry as Mycroft Holmes – Sherlock’s camp older brother.

It all works wonderfully and puts Sherlock Holmes firmly on the map as a major action thriller franchise to be watched. There are some stand out scenes that rival anything seen on screen this year. Pick of the bunch is a breathless, nerve-wracking chase through a forest which employs some Matrix like camerawork to really jaw dropping effect.

A Game of Shadows is super slick and romps along at a great pace. It might be over 2 hours long but it flies past in a blur of fights, plots, intrigue and a liberal sprinkling of funnies.

Harris is excellent as the seemingly unstoppable Moriarty, a baddie who is a very worthy opponent for the brilliant Holmes. Guy Ritchie shows that he can deliver crowd pleasing spectacle, and is just at home showing the two opponents locked in a tense game of chess as in the more usual ‘Lock Stock & Two Smoking Barrels’ form of mortal combat.

If looking for some great cinematic viewing to end the year with choosing ‘Holmes’ is an elementary choice!! 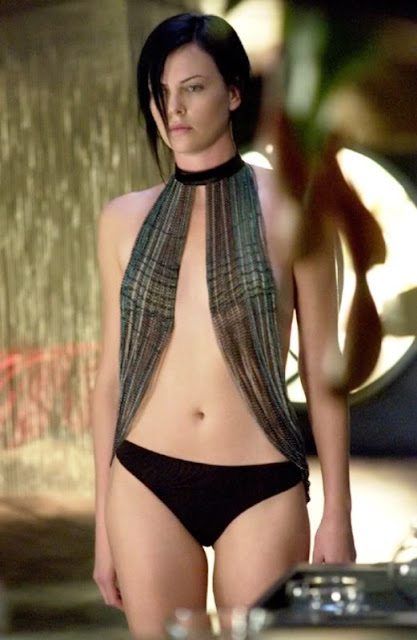 Nice review of the movie. Downey Jr is a very interesting Holmes.

I liked the first movie. I need to check this one out.