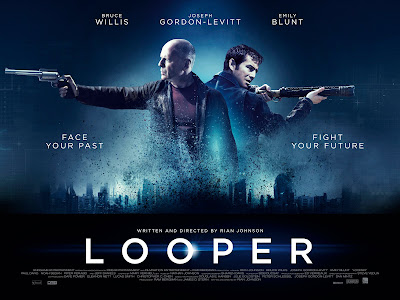 “I work as a specialized assassin, in an outfit called the Loopers. When my organization from the future wants someone to die, they zap them back to me and I eliminate the target from the future. The only rule is: never let your target escape... even if your target is you…” 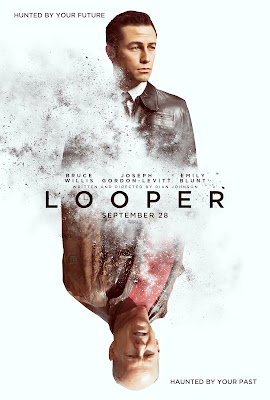 What would you do to save a life? How far would you go to change future history? Say for example you could take out an evil murdering crime lord when he was still a kid – before he’d even had chance to rise to power? These are the kind of moral questions that sharp, slick sci-fi thriller Looper brings to the party. Moral questions and guns, lots of guns! 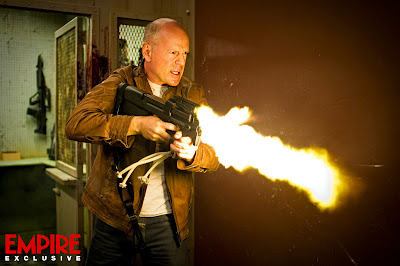 "thanks EMPIRE for this great pic"

Meet Joe (Joseph Gordon-Levitt), he’s a Looper, a hit-man who kills those beamed back to him from the future. Life is good with a typical day seeing him off a mark in the morning, then grab some steak and eggs at his favourite diner before going out on the town in a lavish clubbing life which would make many Premiership Footballers look tame in comparison.

But then his fellow Loopers start to find their future selves coming back as targets – it looks like someone in tomorrow wants them all dead. And sure enough Joe’s older self (Bruce Willis) arrives but is somehow ready for Joe and manages to overpower him – setting off a manhunt where both of them are the targets… You see Abe (Jeff Daniels) the Boss of the Loopers doesn’t take kindly to any targets escaping and the punishment is death for Looper and target. 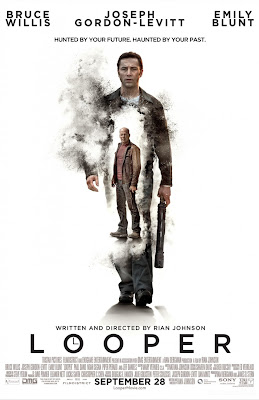 So why has future Joe been sent back? Can he possibly be the key to taking down the ‘Rainmaker’ – a telekinetic uber powerful crime lord who has taken complete control of the future. How far will he go in his terminator inspired preventive strike (the Rainmaker is only about 7 years old at this point)…Which, if either, Joe can survive?

“This time travel crap, just fries your brain like a egg... “ 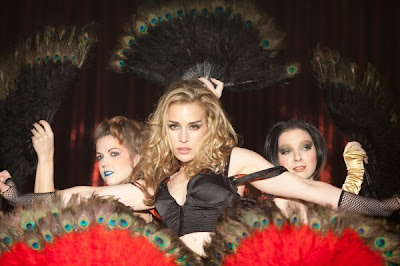 "some of the Looper ladies"

Possible mother of the future Rainmaker is Sara (the lovely Emily Blunt) – she and Joe (current time) just might fall for each other too – which is likely to add a wrinkle to the already complex plot.

Everything comes together in a superb slice of sci-fi action that brings whoops of appreciation from the audience and effortlessly delivers cult cool iconic status. It’s been a long time since Bruce Willis kicked this much ass – this is a ‘must see’ movie!

ööööö – Haunted and hunted by the future in fine style!

5 – packs in dangerous levels of awesomeness

Awesomeness ööööö – superb scenes that will stay with you

Babes öööö – Blunt is hot, plus quite bit of random nudity

The cast is great, especially JGL who has been having a stellar career so far, but the plot it what really kept me interested as it continued to throw twist-after-twist at me, without any confusion whatsoever. It’s a great sci-fi flick that actually makes sense. Good review Matt.

This looks like it will be a good film. It really has no excuse not to be with the cast it has.