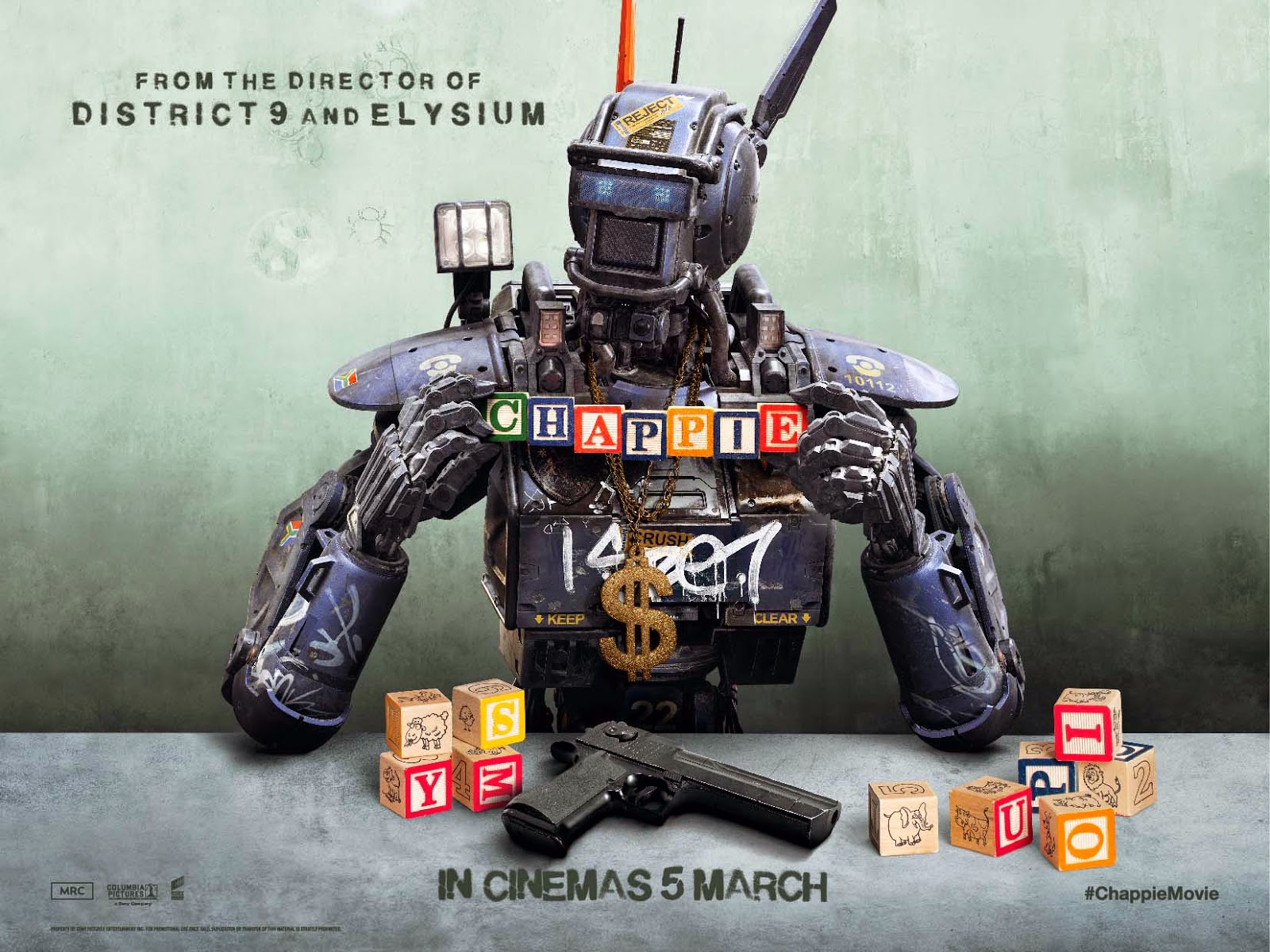 Read the Luton News version of this review: HERE

“He's the key to the revolution. A machine that can feel and think. He can outsmart the enemy and free us all.“

Meet Chappie (motion captured Shalto Copley) who, in the near future becomes a walking, talking ‘real’ Robocop. Chappie is a ‘Scout’ – a new breed of cyborg crime fighter that has been employed by the government in Johannesburg to patrol and violently enforce law keeping. 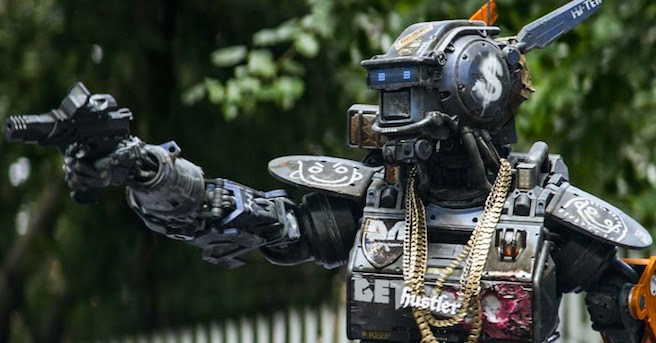 The robo police force have crime on the run but things take an ominous turn when one police Scout, who is given new programming by his designer Deon Wilson (Dev Patel), this makes him the first robot with the ability to think and feel for himself. 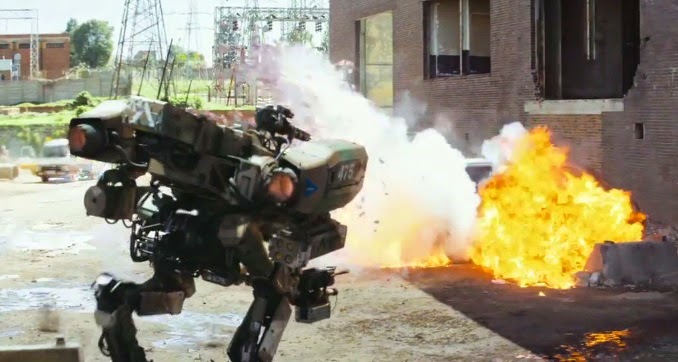 When this Scout is stolen he is taught to be a small time criminal by his adopted ‘parents’ Ninja (Watkin Tudor Jones) and Yolandi (Yo-Landi Visser) – who make up real iife hip-hop group Die Antwod – “Chappie” as it comes to call himself becomes a perceived danger to society.

This engaging future ‘what if’ film is a fun mash up of movies like Robocop and Short Circuit – enthused with the trademark violence of District 9 director Neil Blomkamp. Chappie certainly looks the part. The special effects are superb, Chappie is an incredible feat of CGI, a robot that can express real emotion as well as kick serious ass. 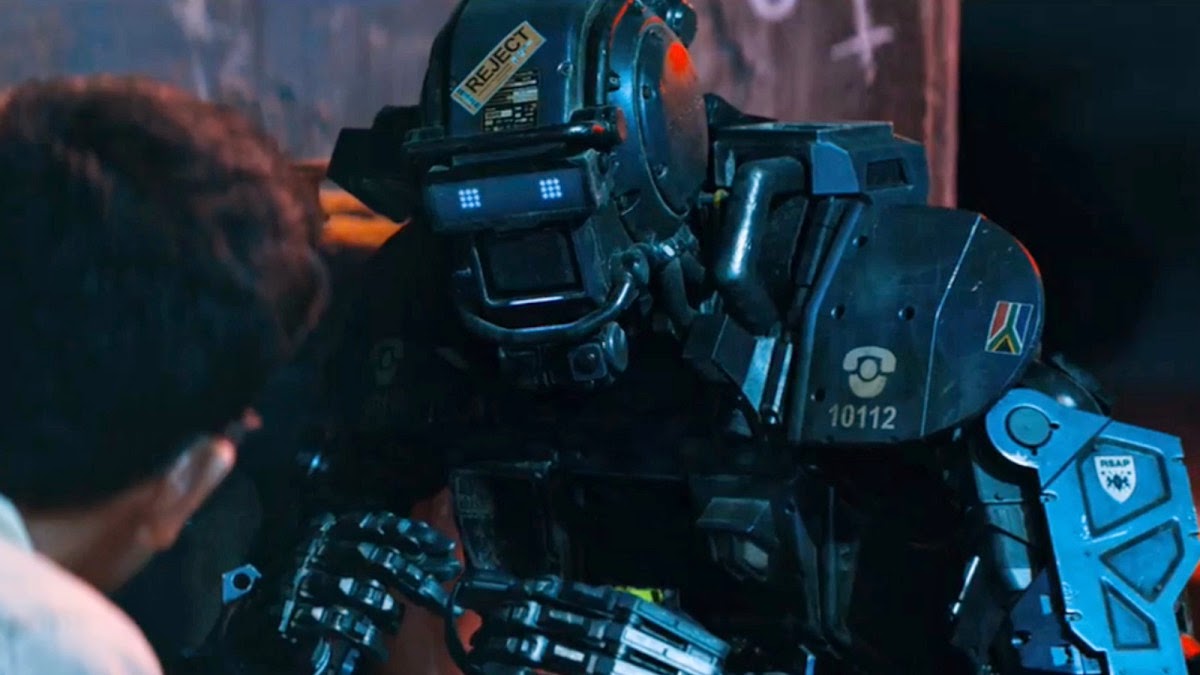 The main human characters actually suffer in comparison to Chappie who steals every scene he’s in – that is high praise for a motion captured robot character (one who give the excellent Gollum from Lord of the Rings a run for his money).

Blomkamp is blessed with ‘more ideas than he knows quite what to do with’ which makes this a film that feels like it has enough material to go on for several more hours. 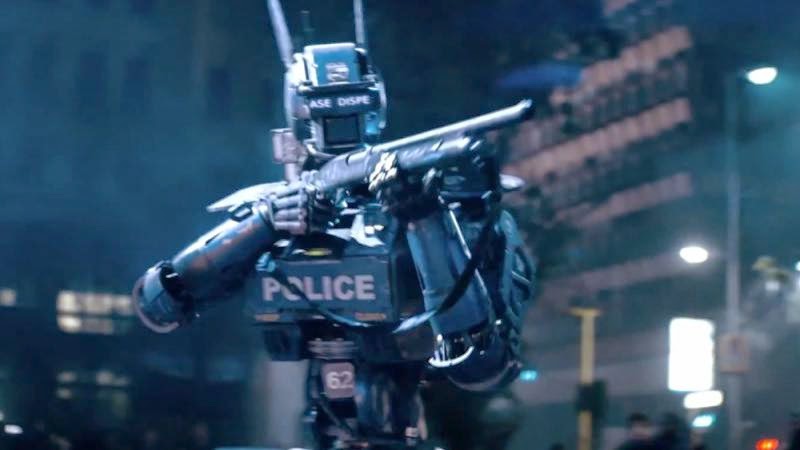 "You have 20 seconds to comply"

Chappie is an exciting mix of crime drama, A.I. dream and packs lots of laugh out loud moments along with some crunching violent action. This eclectic mix has flummoxed many reviewers with review scores ranging from very low to high.

Viewer feedback however seems to be positive, I was certainly impressed and am already looking forward to seeing Chappie again. 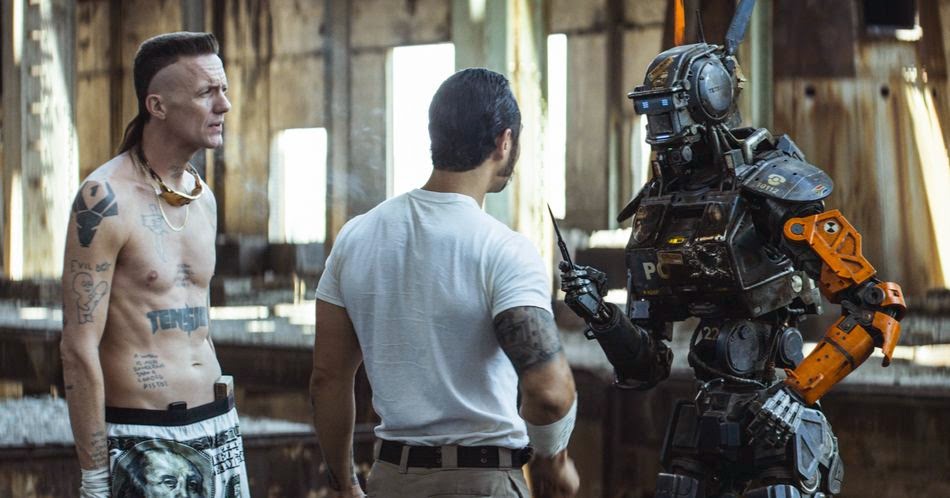 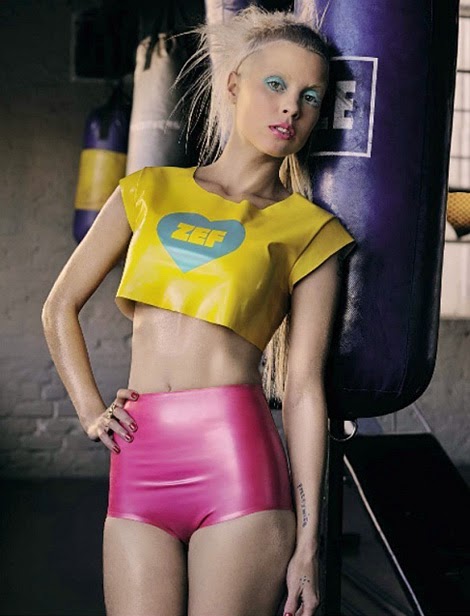