Matt tans in the Hell Fire of Demonality (review) 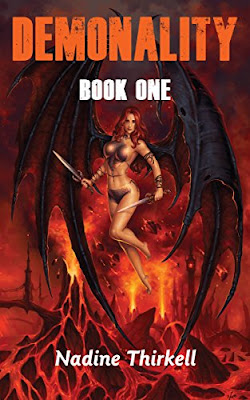 “The Olde Ones had no choice but to come in and do damage control. Otherwise the human population would be aware of the Faye living among them…”

As I said in a short story I wrote: ‘I wonder why we think demons hate us so much?’ JJ was talking to herself on her way to meet her pal H0lli for a night out. She was prone to conversations with herself as she liked to ponder the weird thoughts that troubled her brain – without upsetting or freaking out
those around her. ‘I think maybe they’re just misunderstood or victims of bad PR thanks to religious types?’

It seems that I maybe wasn’t too far from the case as the butt-kicking novel Demonality blows the doors off the inner world of demons, showing them to have feelings, issues and honour. Their loves, politics and dramas are just as deep and even more compelling than ours – some of them are enemies of humans but others are our allies and even lovers. 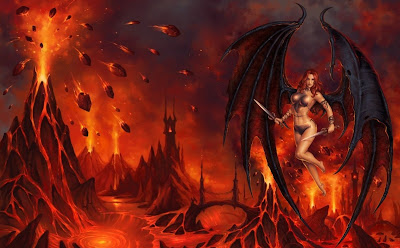 In Thirkell’s Demonality we get to journey with Aurrynthea Shadow's Fire or ‘Thea’ to her pals. She’s the last best hope for dragon kind – born half demon and half dragon and the heir to the Lord of Hell ‘Shadow Lord’. Her tale is one of conflict as she battles to resolve both halves of her nature and survive in a hellfire world where many of her compatriots fear her. They should fear her too as she’s a seriously powerful entity.

The writing is sharp and paints a fun fantasy hellscape – one which is joined to our world by portals that exist for our safety but are failing which could be very bad news for both sides. A colourful cast of creatures flesh out the tale, one fav is Gath the gargoyle – a lowly minion who is given the job of serving Thea who brings some fun banter to the story and deserves his own spin-off book! 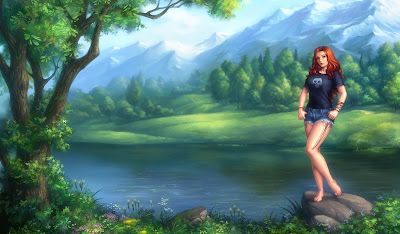 'human form of the dragoness'

With spicy language, some great incidental easter eggs – I loved the fact that the demons enjoy human music such as the classics like Fleetwood Mac and Heart – and some heartfelt romance too, Demonality blends magic, adventure, love, sex and comedy into a fun and unique fantasy story.

This being ‘book one’ means that there is more to come and I’m already excited to find out what happens next in this demonic drama that would make a great movie... If you don't take this brilliant demonically infused adventure - you have no love of fantasy in you!?

Buy your ticket to Hell here