The Genius of David Ayer - His Movies Ranked

The Films of David Ayer

David ‘yeah I wrote Training Day’ Ayer makes movies that many people dislike, for many reasons.  However - I’d call myself a fan of his despite his making one film that I absolutely hated (maybe I’m due a rewatch?)…

Anyway – here are my ranking of all Ayer’s films from rubbish (Sabotage) to brilliant  (End of Watch) – would love to know what your thoughts are on them. 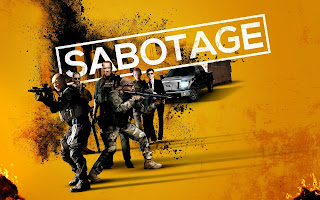 Hard to fathom what was going on here – and incredible to think this film hit in the same year as Ayer's excellent ‘Fury’. Reworking Agatha Christie’s And Then There Were None - this lamest of Ayer’s films sees Arnold Schwarzenegger looking angry and confused as his crack team are taken out one by one – ironically because of $10m crack money they stole… 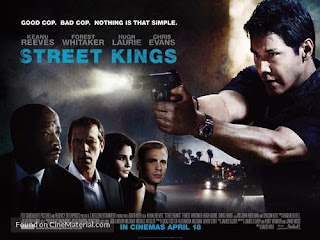 I’m told that Street Kings was based on a James Ellroy novel idea and it plays like a slightly grubbier-than-average police-em-up. Blessed with having Keanu Reeves in the lead, there is lots to like in this tale of corruption and consequences. 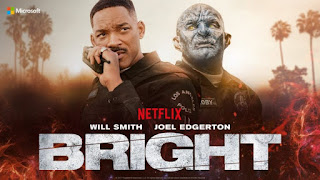 Bright (not reviewed yet)

Bright might not live up to its name but I found it a half-decent fantasy buddy cop effort that looks good and doesn’t demand any brainpower to enjoy. Even if it has dialogue like “fairy lives don’t matter today” there are some good action scenes and the orc/human relationship is interesting – mostly thanks to Joel Edgerton who deserved the ‘best orc actor’ OSCAR nom. 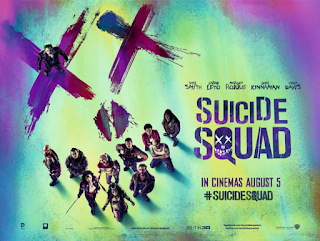 Will we ever see the Ayer Cut of this massively enjoyable shambles? Probably not but I’m a self-confessed sucker for DC movies and I’m in the tiny minority of filmgoers who actually had a good time watching this. 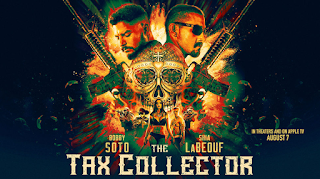 The Tax Collector (not reviewed yet)

The Tax Collector is another Los Angeles-based thriller that blows the lid off the lives of two titular ‘tax collectors’. Boasting one of the best gunfights I’ve witnessed on screen for some time and perhaps birthing my most used twitter gif of LeBeouf giving the perfect COVID-friendly arm bump (as above), this is one that makes for great late-night viewing. 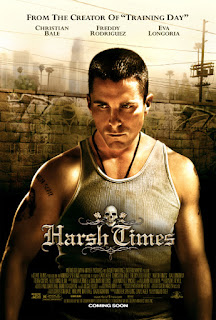 I’ll never forget Ayer's directorial debut because I got to watch in a Soho cinema with just Mark Kermode and James King from Radio 1 for company. Christian Bale is amazing as the traumatised guy on an express elevator to hell. 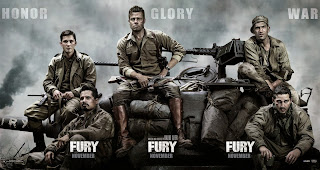 Brad Pitt and Shia LeBeouf are excellent in this war-is-grim film that packs serious violence and shoots it through with an innocence lost epitaph. Brothers to the end (and what an end) this film makes me want Ayer to make another war movie! 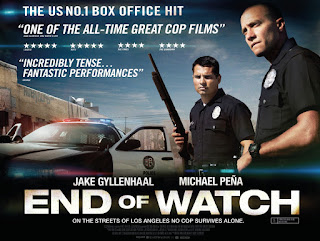 End Of Watch (my review)

I love this police-em-up take on the whole ‘found footage’ genre. Jake Gyllenhaal and Michael Peña are LAPD cop buddies – who light up the screen. Surely this chemistry is what Ayer was hoping to recapture with Bright but here it shines like an eyeball-searing supernova. Excellent filmmaking and a wild ride to watch!!