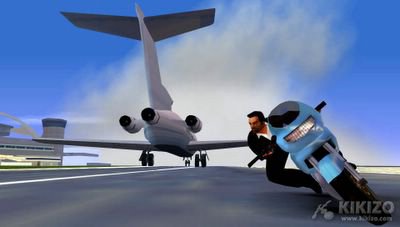 "Within minutes of loading up GTA: LCS you'll be flying high!!"

My review copy of Grand Theft Auto:Liberty City Stories for the PSP arrived today and I am now in a state of shock...

LCS on the PSP is just amazing, it really is a new GTA game even though it's based on the mean streets so well known to anyone who has played GTA III. The controls, the graphics, the sense of fun / violence / freedom are all back in abundance!! This is stress relief on an unprecedented scale... And wireless multiplayer (open city deathmatch, tank 'king of the hill' and capture the limo are all excellent) pure things of beauty that I can't adequately describe in words - I urge you to check out the official site here: Rockstargames

This is the killer game that the PSP has been longing for and it exceeds expectations across the board. I'm only a couple of hours in to the new plot but as those fat guzzling McDonald types would say "It's what I eat and what I do", erm, I mean "I'm lovin it!"

I'll post an update once I've played this through for a week or so but for now there's only one score I can give this...

Darkmatt Rating: ööööö (THIS IS HAND-HELD PERFECTION and you owe it to yourself to buy it!!) 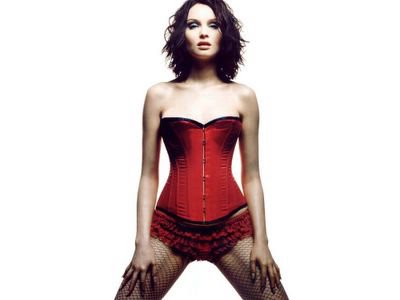 "Liberty City Stories - even sexier than the lovely miss Ellis"

As the good people over at Kikizo.com say:
"Liberty City Stories is the next instalment in the Grand Theft Auto series, just as Rockstar has been saying all along. The initial familiarity with the city itself could be divisive of players' opinions... but the decision becomes obvious once multiplayer games get going. The singleplayer mission may well just be a 'greatest hits' of past GTAs... this is still GTA people, come on. The multiplayer hi-jinks make this an essential purchase... and just in time for Christmas too, who'd have thunk... "