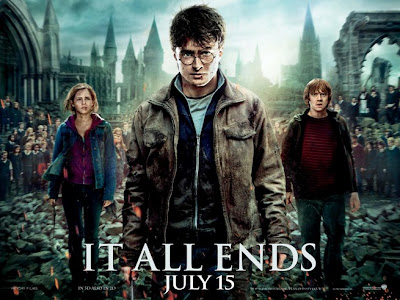 Harry Potter and the Deathly Hallows: Part 2 (12a)


“Hermione, when have any of our plans actually ever worked? We plan, we get there, all hell breaks loose!”

Listen up muggles – we Potter fans have waited, we’ve read the books, we’ve watched so many of these films that have generally been ok but all has been leading up to this final chapter…

Yes, the big magical smack down finally happens as Harry (Dan Radcliffe), Ron (Rupert Grint), and Hermione (Emma Watson) speed through their deathly dullness quest to find and destroy Dark Lord Voldermort's remaining plot filler devices, sorry, ‘Horcruxes’ which hold the fragments of his soul. That done Harry must also grapple with other set of magical plot filler devices known as the mystical ‘Deathly Hallows’ – you know that wand, cape and stone which can somehow help take big baldly baddie Voldemort down.

"The dragon is a moment of joy"
So now we’re ready for the biggest, baddest, most kick ass battle to ever grace the Harry Potter world… And then, before you can say “is that it?” the whole thing is over – over with only fleeting moments of awesomeness. Yes, I’m a Potter fan but I also love a good battle scene in a movie – especially the climax to a great series like say ‘Lord of the Rings’… So I left Harry Potter and the Deathly Hallows: Part 2 feeling a bit let down.

Sure the plot had been tied up and we even got to see the surviving characters in their ‘normal’ lives 19 years after the battle but I wanted epic-ness and what we got was decent but in no way epic.

Yes Deathly Hallows part 2 has fantastic special effects and all the cast go about their business well enough but where were the moments of sheer desperate heroics? Why did the writer / director think it was a good idea to mess with the locations of key events from the book and most of all – why were we viewers cheated out of seeing just how major characters fell?

Loyal Potter fans deserved better than this – which every time it threatens to be awesome, wimps out instead to general dissatisfaction.

So Harry goes out with a smile and a wave rather than all wands blazing - I leave you with Lord Voldermort’s words which could sum up Steve Kloves the screenwriter of Deathly Hallows: Part 2:

“Do not despair at his betrayal. You, none of you, were ever in his heart. Not for one single, solitary beat.” 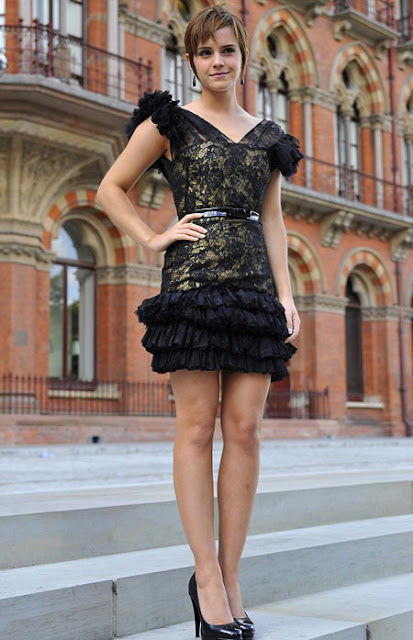 "It's a DM tradition to post random pics of Emma in each HP review!" 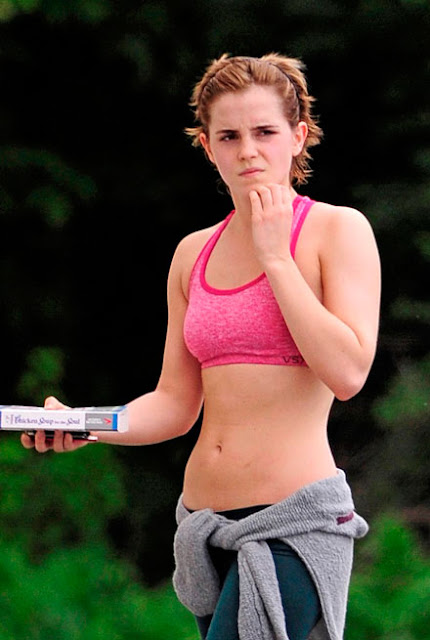 "one more for luck"
Darkmatters review of Deathly Hallows Part One
Posted by Matt Adcock at 12:47 am