Darkmatters Review: The TREE of LIFE 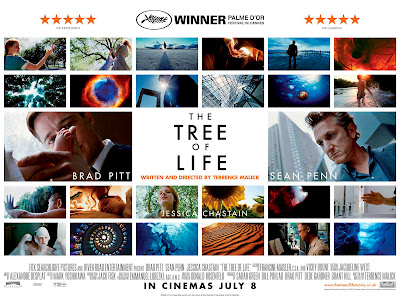 “Where were you when I laid the earth's foundation? ...while the morning stars sang together and all the angels shouted for joy?” (Job 38)

NATURE: "Nature only wants to please itself. Get others to please it too. Likes to lord it over them. To have its own way. It finds reasons to be unhappy when all the world is shining around it. And love is smiling through all things."

Terrence Malick’s Palme d’Or winner, starring Brad Pitt, Sean Penn and Jessica Chastain, is his first film in six years, The TREE of LIFE is a hymn to life, excavating answers to the most haunting and personal human questions through a kaleidoscope of the intimate and the cosmic, from the raw emotions of a family in a small Texas town to the wildest, infinite edges of space and time, from a boy’s loss of innocence to a man’s transforming encounters with awe, wonder and transcendence.

I took at group of students from the London School of Theology (LST) to see a screening and they recorded their reactions to the film here: http://www.lst.ac.uk/hot-topics/the-tree-of-life

Exploring the struggle between brute nature and spiritual grace and how they shape not only our lives as individuals and families but all life is a big topic for a film and The TREE of LIFE employs an epic tapestry to probe the incredible deep spirituality that flows through and all around our lives.

The film is certainly a unique experience and won't be everybody's cup of tea but it is incredibly rich - and some of the cosmic imagery I don't think I'll ever forget.

The plot (what little there is if it) follows a young boy and tracks how his life is affected by his mother's "grace" and his father's brute "nature". The searching philosophical issues that swirl throughout the film are wrought with intense emotion and played out through a staggering mixture of biological, chemical and geographical imagery. An unstable timeline that leaps back and forth from the moment of the 'Big Bang' through one family's lives and onwards into the afterlife.

Be prepared for something unlike any other film - the closest is probably 2001: A Space Odyssey, or Enter The Void - but The TREE of LIFE is a brave and deeply personal piece that cuts to the very core of our own creation.

As Mr. O'Brien, Brad Pitt gives a steely, measured and altogether wonderful performance - minutes go by with no dialogue but he shows emotions the resonate with us with just a look or an expression... He's man broken inside, where behind his pious exterior lurks a shamed and irreconcilable yearning for the 'grace' that his wife exudes. Yet he cannot allow himself to move to the closer relationship with God that might let him experience the world through wider lens.

Malick shows us the whole family relationship from the POV the boys as they try to make sense of their father (who wants them to "man up"), their mother who is always there for them and God... As the titular  tree grows - we see it in prehistoric times as dinosaurs frolic past, ,and again Jack's childhood garden - there is a memorable line when his mother tells him that he will be grown before the tree is - and then again in the corporate world where Sean Penn sees it from his slick office...

Challenge yourself - see The TREE of LIFE and reflect on life, the universe and everything!

Awesomeness ööööö – God is the essence of awesome

Spiritual Enlightenment ööööö - Help each other. Love everyone. Every leaf. Every ray of light. Forgive. 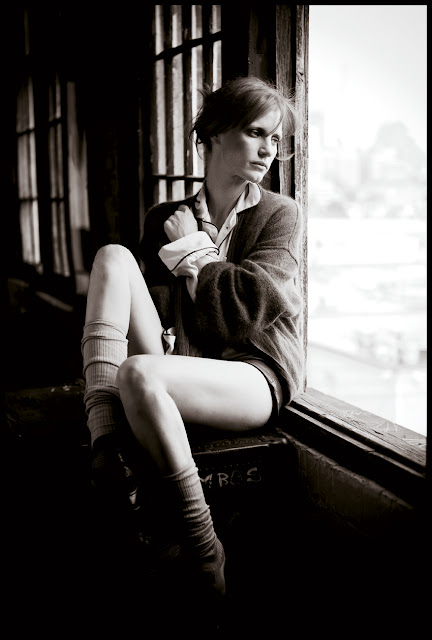