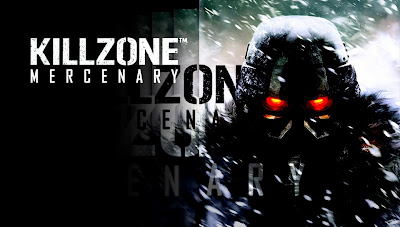 "My People, sons and daughters of Helghan! On this day, as our enemy's ships burn away in orbit, as their bodies lie broken in our streets, we are once again reminded of the depths of their depravity. For years we have suffered unbearable hardships - such as Call of Duty: Declassified and to a lesser extent Resistance: Burning Skies... But now we banish these mediocre FPS games from our minds. Yes they scarred us, they weakened us... But that time has passed. For years we worked away on empty stomachs, slowly rebuilding our strength, our pride and our VITA! And from this day, till the end of days... KILLZONE MERCENARY will rule!"

It's time people, picking up just after the ending of the original Killzone, and revisiting many of the events from the Killzone trilogy, this new hand-held shooter par excellence puts you in the boots of a highly skilled mercenary Arran Danner - a former UCA-soldier who has no qualms about taking on paid contracts from the ISA as well as the Helghast. 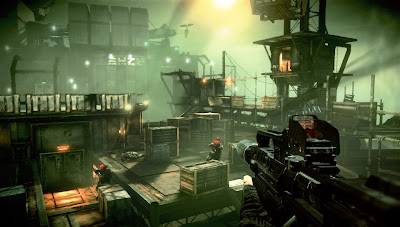 "Bring the pain to the enemy"

When a seemingly routine mission to evacuate the Vektan Ambassador and his family in Pyrrhus goes awry, Danner discovers that the outcome of the war could very well depend on the fate of the Ambassador’s young son. With both sides going through increasingly desperate lengths to get hold of the boy, he begins to wonder whether the price of victory is really worth the paycheck...

Saddle up for some sweet run and gun gameplay of the quality first-person shooter kind - finally a portable shooter that delivers a solid single-player campaign and even better - a kick ass multiplayer mode.

Is this the killer app that Sony fans have waited for? 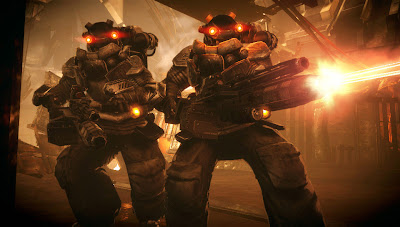 "some new friends to play with / kill"

Guerrilla Games Cambridge created a mini masterpiece on the PSVita- somehow managing to get the Killzone 3 engine to run on the hand-held at an impressive rate and with some delicious graphics.

Mercenary makes great use of the Vita's dual analogue stick controls - it feels immediately like playing a home console - just with some added touchscreen melee options which really immerse you in the action. Other touchscreen uses include some mini game hacking sessions which will test your brain power. 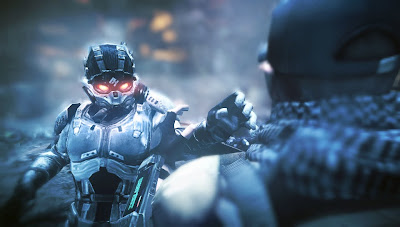 This time you get to play through a decent campaign not as ISA but fighting alongside Helghast and ISA depending on the mission. You're given freedom to work out how you want to tackle each mission - building up experience, buying new weapons and equipment to refine your loadouts to suit you style of play.

Always the aim is to carry out your contract but there are things to collect hidden on each level and a ton of stuff to unlock through actions such as nailing headshots, carrying out brutal melee kills or just successful hacking and scavenging ammo.

Multiplayer is a blast - you will bring your experience and load outs into the online battle - plus there is a fun 'valour card' system which sees you gain a higher card for better play - and allows you to pick up and loot the cards of the fallen to add to your collection / experience total. It's a great dynamic that sees you eagerly hunting down online foes to build your collection. 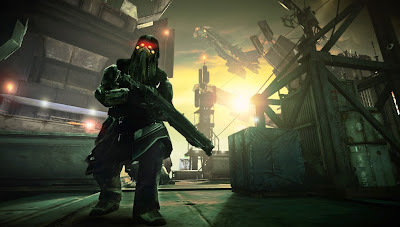 "you won't believe the graphics are on a hand-held"

Overall - Killzone Mercenary is a 'must have' for any FPS fan, or just any gamer who enjoys a quality game. Online and offline there is plenty to do and of course there is likely to be DLC in the future.

Out of a potential 5 you have to go with a Darkmatters:
ööööö - awesome and worth investing in... this bodes incredibly well for playing KILLONE: SHADOWFALL remotely on the VITA!! 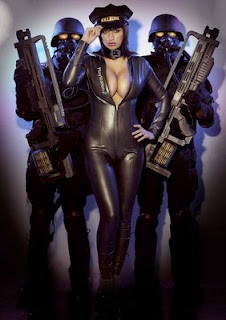 "Just don't take it too seriously!"