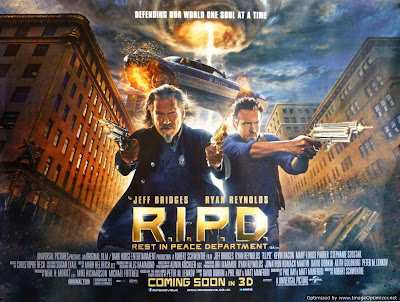 “They look like regular people, but they're monsters inside. You see, if you slip through the cracks, and stay on Earth after you die, your soul rots. They rot, the world rots. Global warming, black plague, bad cell reception – the dead are responsible.”

Imagine the situation – you’ve just died (having been shot in the face by your supposed best friend / cop partner) and find yourself ascending through the sky to the afterlife. But before you hit the pearly gates you are whisked into an sterile white office where a stern faced woman named Mildred Proctor (Mary-Louise ‘Saved!’ Parker). It turns out that she’s the director of the Boston division of the Rest In Peace Department (R.I.P.D.) - an specialist afterlife agency that recruits deceased police officers to capture "Deados", spirits that failed to cross over and return to Earth as monstrous ghosts.

You don’t need to imagine it though because this is exactly what happens to Detectives Nick Walker (Ryan ‘Green Lantern’ Reynolds) who is double crossed and killed by his partner Bobby Hayes (Kevin ‘I sold my soul to EE advertising’ Bacon) over some stolen gold they found during a drug bust.

"do you feel lucky punk?"

As he’s a little worried that he might make it into eternal paradise thanks to some of his dodgy dealings on earth, Nick agrees to join the R.I.P.D. after Proctor explains that service can potentially make up for a negative final judgment and it’s ‘only’ for a century of work.

Nick gets saddled with a grizzled partner, Roy Pulsipher (Jeff ‘True Grit’ Bridges), an ex-U.S. Marshal who lived in the 1800s – who has closure issues thanks to his body having been ravaged by coyotes.

"so I'll sign you up for a 5 year mobile phone contract yeah?"

From then on it’s like a kind of mash up of Ghostbusters, Men In Black and Lethal Weapon – except that R.I.P.D. isn’t even half as good as any of those… Based on a comic book by Rest in Peace Department by Peter M. Lenkov – alas R.I.P.D. doesn’t work very well on the big screen.

There’s nothing particularly wrong with R.I.P.D. – there are some good funny moments, often based around the duo’s altered perceptions… Nick appears as an elderly Chinese man (James Hong), whereas Roy's is a very sexy blonde Russian woman (Marisa Miller). But the action is weak and the tone wildly uneven, with very adult jokes thrown in to this ‘12’ cert film that the trailers make look like a family action romp.

"the whiskered arm of the afterlife law"

R.I.P.D. is destined to be forgotten quickly despite it’s great cast and fun premise…

Horror öö – nothing too grim

"she really wanted to catch the bus..." 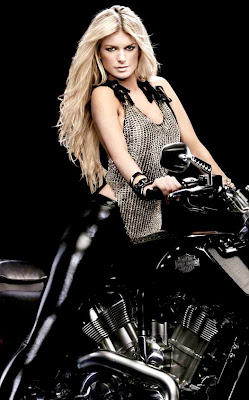