“Before the world ends, I have to fall in love.”

Time travel is a dangerous thing (I know it’s not an actual thing but go with me here)… If Back to the Future, Bill & Ted’s Excellent Adventure, Looper, Primer and the like have shown us anything – it’s that messing with the time / space continuum is likely to cause problems…

But that doesn’t stop a bunch of teens building a time machine and taking it out for a spin in this averagely fun science fiction adventure movie (full disclosure- in part produced by Michael Bay!?).

Yep it’s a found footage movie, like we haven’t had enough of those yet… 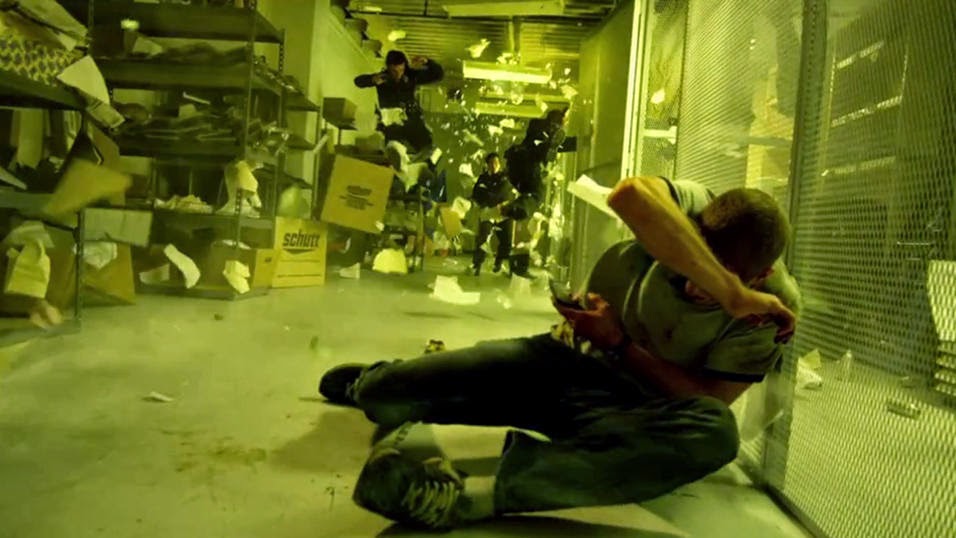 So we get nerdy dude / bros David (Jonny Weston), Quinn (Sam Lerner) and Adam (Allen Evangelista) who jump into the world of potential time paradox in order to get rich, get the girl and get some friends… Also along for the ride are the token girls – the gorgeous sister Christina (Virginia Gardner) and hottie love interest (Sofia ‘soon to be in the Ben-Hur remake’ Black-D'Elia).

The plot takes a long ‘time’ to get going – which is frustrating as the whole premise of the film is the time traveling so the laborious build up feels at once dull, forced and even then slightly rushed. Going to ‘live trials’ of a home made time machine which includes component from a Xbox360 after successfully sending a toy car back in time by an hour is reckless any way you look at it!? Don’t these kids remember the failure rates of Microsoft’s gaming machines?

Anyway, the makers of Project Almanac really want this to be a hip cool flick – and try desperately to ape the effortless zeitgeist of the much better Chronicle that was darker and more exciting in every conceivable way.

Things get a bit out of hand after some limited time jumping fun, and the ending feels odd – and there's some cod 'there are no second chances' mumbo jumbo semi-philosophy too... 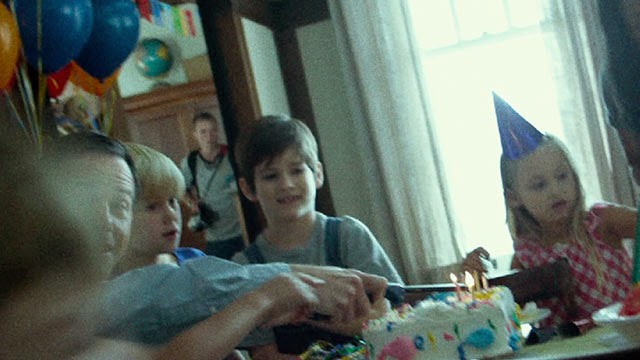 Horror ö – not very grim at all

The title 'Project Almanac' alludes to the plot of Back to The Future II in which Biff Tannen changes his life for the better by stealing the Gray's Sports Almanac from 2015 and betting on sports outcomes he knew would happen from the 1950s onwards. Similarly, this film focuses on changing the protagonists' lives for the better by changing the past using time travel and putting things back the way they were like Marty and Doc have to in BTTF2.
Posted by Matt Adcock at 1:24 pm