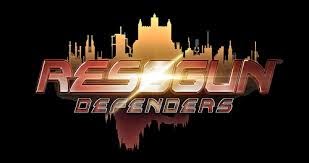 When the PlayStation 4 launched, the best game immediately available was the incredible shoot-'em-up Resogun, and now the game has been expanded – first last year’s ‘Heroes’ pack brought the addictive ‘Survivor’ and the randomly awesome ‘Demolition’ modes, both of which are great fun.

There was the also the excellent local co-op and ‘design your own ships’ options, that were more than enough to reignite interest in the game. 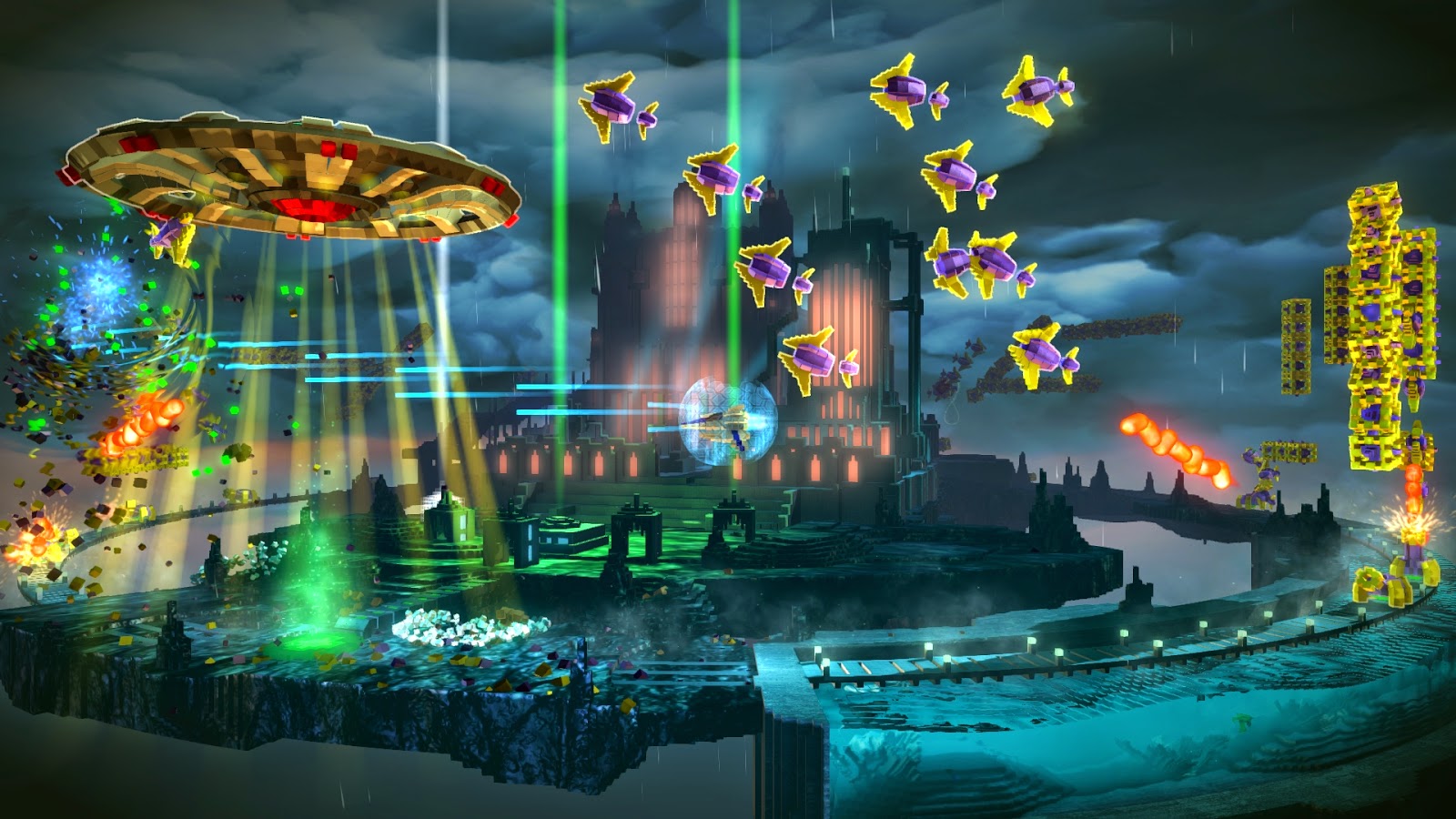 Now ‘Defenders’ arrives and blows the whole game wide open again with two brand new modes – first up is ‘Protector’ which takes the original lovely blast-em-up and makes you fight through a never ending assault of aliens who are after the ‘last’ humans. You only have one life and there are a wealth of new upgrades to help you save the humanoids (yes there are now multiple type including Scarecrows, Uncle Sams and more).

The tempo is notched up for not just the action but also the boosts such as ‘Overdrive’ ‘Super Boost’ and ‘Added carriage capacity’… You can play this mode over and over wanting to improve your score, especially when you compare your best against your PSN friends list (or find out where you rank globally!?).

Protector would have been great on its own but there is also ‘Commando’ which takes you out of your spaceship and puts you on the ground with a big gun – fighting to defend your home from falling meteors, and nasty aliens threats. This mode won’t ever replace the slick spaceship combat but it is a very tasty little spin on the formula and is worth your time. Especially as your Commando makes Schwarzenegger-alike exclamations, that will please any ‘80s action film fan! 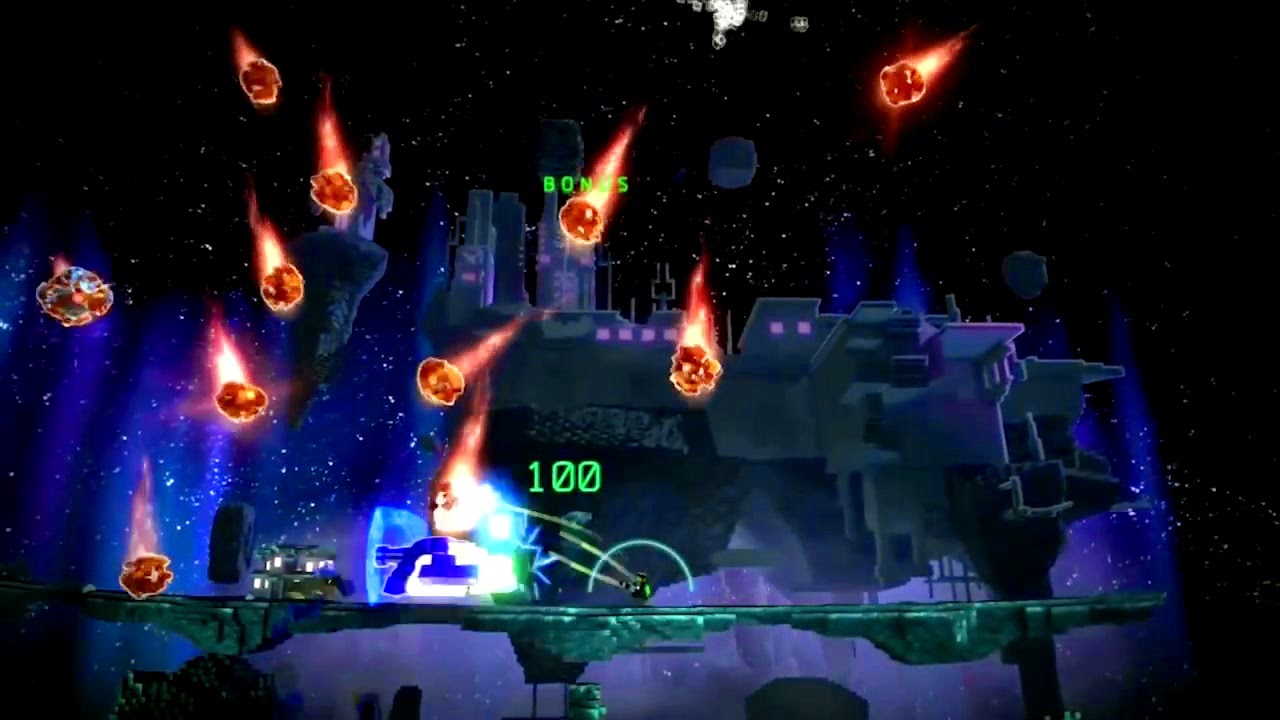 Finally there are ‘Challenges’ too – both of a progression system where you now level up by collecting xp which you get from playing through and completing feats – e.g. save certain amount of humans on certain levels. It’s enough to make you focus on certain elements of your gameplay in order to tick off a feat…

Also there is now a weekly challenge which sets a certain rule e.g. can only move to the right, or have to use a certain craft (love the fact that one is the Super Stardust ship!?

Resogun is a game that it’s a joy to return to and HouseMarque have made it even better with all these additional modes… DLC done right!! 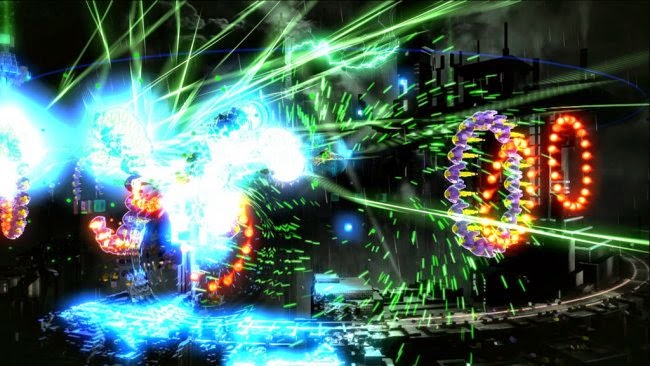 "Things can get a bit frantic"