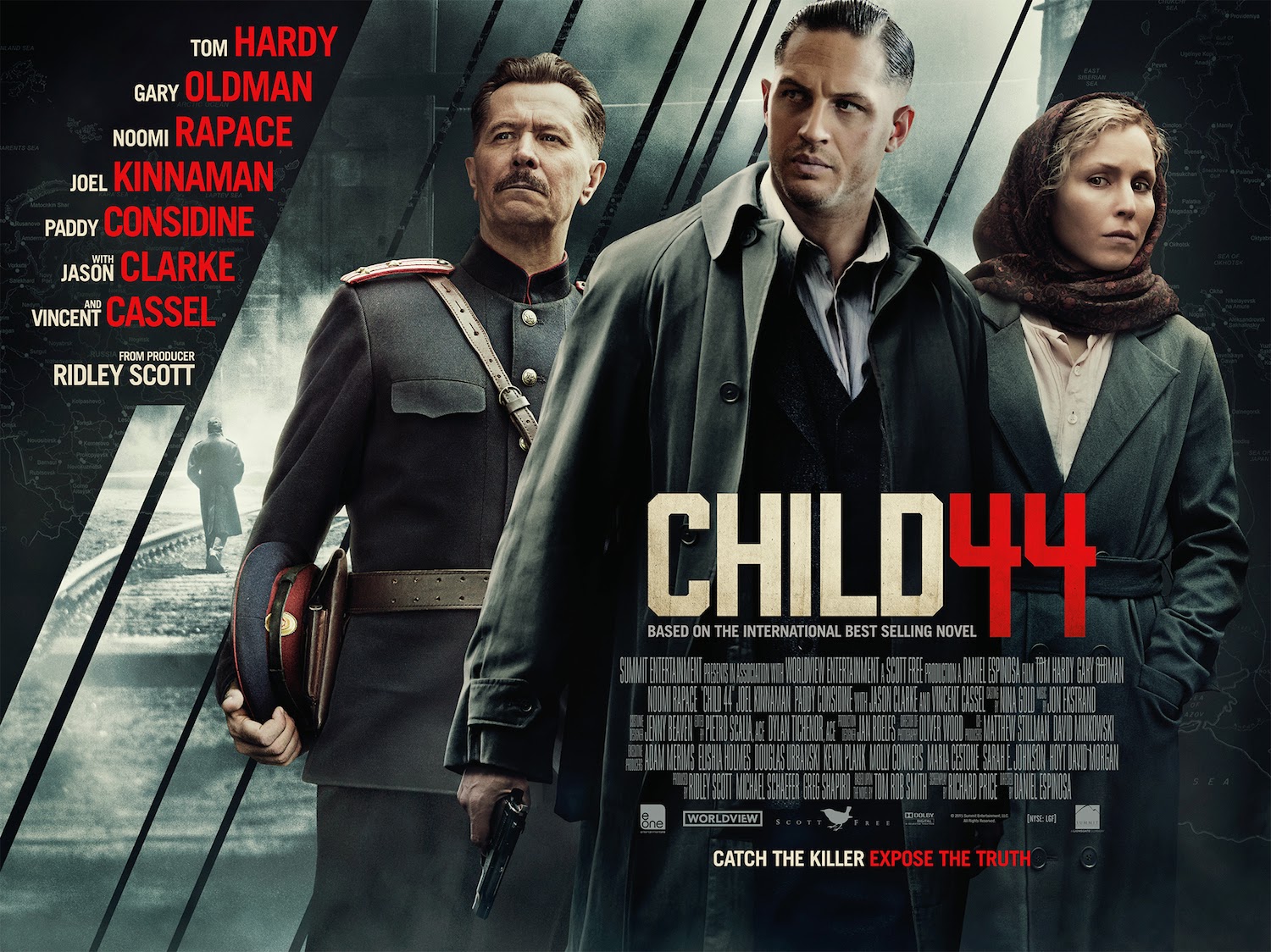 Reviewed by Matt Adcock (@Cleric20 if you want to connect)

The Cold War gets grim in this big screen thriller adaptation of Tom Rob Smith's award winning novel that details the hunt for a serial child killer known as the ‘Butcher of Rostov’. This is a mix of real life events boosted by some cunningly fabricated ‘what ifs’ to do with Nazi revenge plans.

Unwitting hero of the piece is Leo Demidov (Tom ‘New Mad Max’ Hardy), a MGB Secret Police Agent who has been noted for promotion due to his propaganda friendly planting of the Russian flag on the Reichstag building after ousting Nazis in 1945. When the son of one of Demidov’s friends is murdered and he is tasked with delivering the official ‘there is no murder in the communist paradise’ cover up, it stirs up a burning sense of injustice.

The State’s reluctance to admit even the possibility of there being a killer on the prowl is the reason the child slayer operates with impunity, leaving a body count of (you guessed it) 44 young victims. So with no official support Demidov has to coerce his wife, Raisa (Noomi ‘The Girl With The Dragon Tattoo’ Rapace) to help – but she is under suspicion of being a spy by the authorities. Indeed he is asked to investigate her, which could lead to her execution…

The complicated plotline has another baddie in the evil shape of rival MGB Agent Vasili (Joel ‘New Robocop’ Kinnaman) who holds a malicious grudge against Demidov after he prevents him slaughtering some innocents. Throughout the film he returns to make Demidov’s life as tough as possible – and in post war Russia, that is very bad news.

Director Espinosa effectively depicts Soviet life as a Big Brother surveillance nightmare – with tangible fear and paranoia rampant. It’s a compelling backdrop to the murder mystery but the intense level of detail does make it a dense watch. At points you can almost feel the film straining to encompass the richness of the novel.

The cast however are excellent – with Charles Dance, Gary Oldman and Vincent Cassel all delivering strong support. You will need to overlook the slightly dodgy Russian accents though!?

"the first casualty of war is your hair maintenance"

High on drama and packing some really brutal fight scenes, Child 44 has a lot going for it but I couldn’t help thinking that maybe the whole could have been more satisfying than it is. For fans though there are two more books in the trilogy so we may well see a sequel or two.

Laughs ö – not much fun at all

Horror ööö –  gets a bit grim in places

Spiritual Enlightenment ööö - do the right thing - even if it costs you everything! 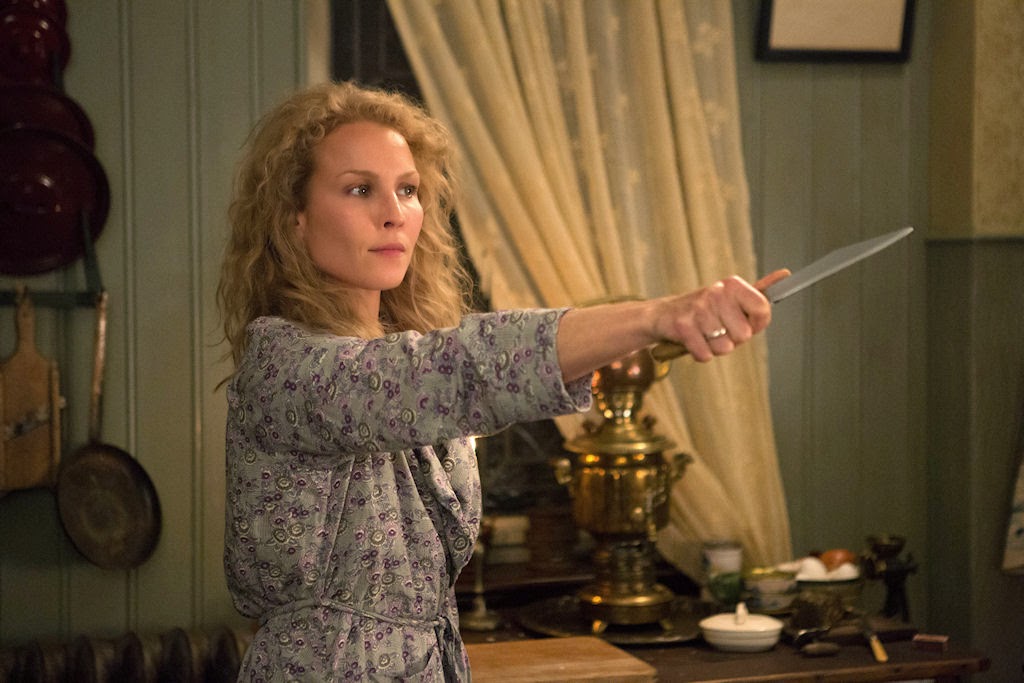 "don't mess with this woman!"