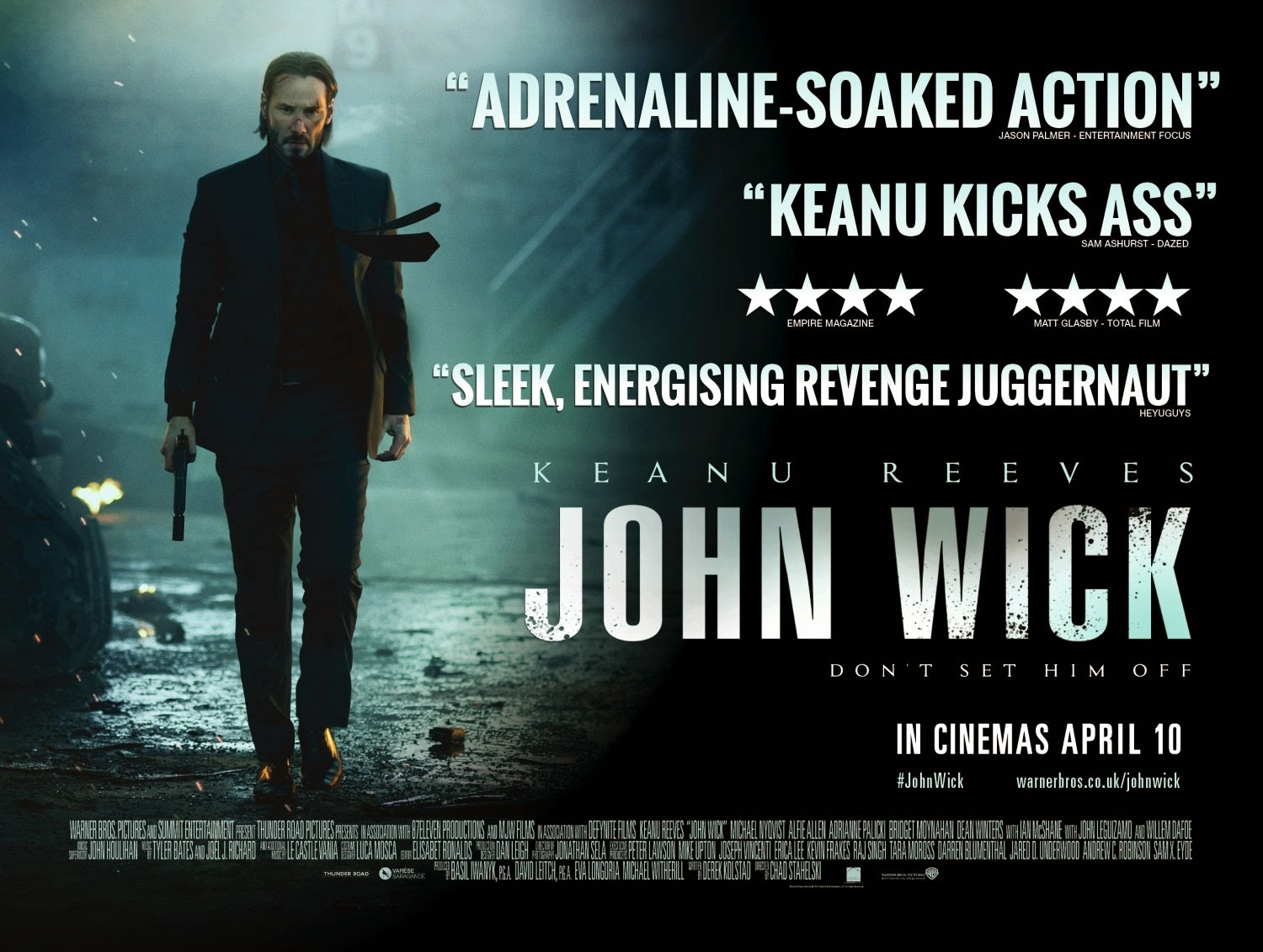 “People keep asking if I'm back and I haven't really had an answer, but yeah, I'm thinking I'm back.”

John Wick (Keanu Reeves) is a retired assassin, he best in the business (once killed three people in a bar with just a pencil they say)… Wick said goodbye to the violent past when his wife, Helen (Bridget Moynahan), came into his life – but when she tragically dies his world is shaken. Then to make matters worse, punk bad guy' Iosef Tarasov (Alfie ‘Game of Thrones’ Allen) kills Wick’s cute dog and steals his beloved muscle car – not a good move.

That’s pretty much all the background you need as from that point on John Wick becomes a rip-roaringly brutal, utterly stylish revenge-em-up which sees Reeves kicking huge amounts of ass, in a way that he hasn’t since The Matrix. 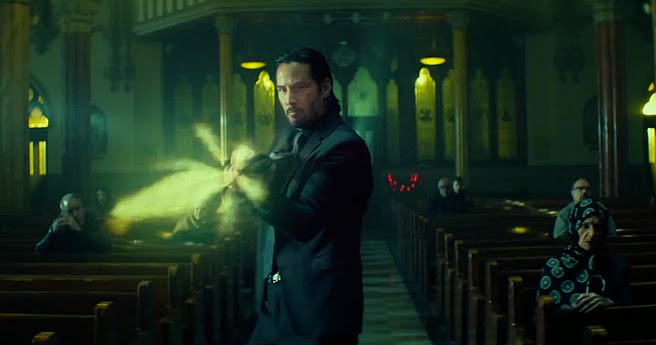 "We are gathered here together to..."

The action scenes in John Wick are exceptionally well choreographed – enemies are dispatched with guns, knives, fists, cars and grenades all mixed into a ballet of grin-inducing carnage, as the late Brandon Lee said in The Crow “It’s not a good day to be a bad guy!”

Speaking of baddies, Mob Boss Viggo (Michael Nyqvist), father of Iosef and former employer of Wick tries his best to stop the unstoppable assassin by putting a price on the his head and unleashing an army of henchmen, backed up by feared hit woman Ms. Perkins (Adrianne Palicki).

It’s a real adrenalin rush watching John Wick coming out of retirement to wipe out everyone associated with the crims who crossed him. Directors Leitch and Stahelski show that they can frame frenetic action beautifully and they back up the action with a pumping hard rock soundtrack that includes the provocative track ‘Killing Strangers’ by Marilyn Manson.

If you enjoyed films such as Mark Millar’s Wanted or Kingsman, John Wick should be very much on your radar. In fact the secret currency of gold sovereigns and ‘clean up’ services accessed by the guild of assassins makes this almost feel like a companion piece to the aforementioned Wanted. 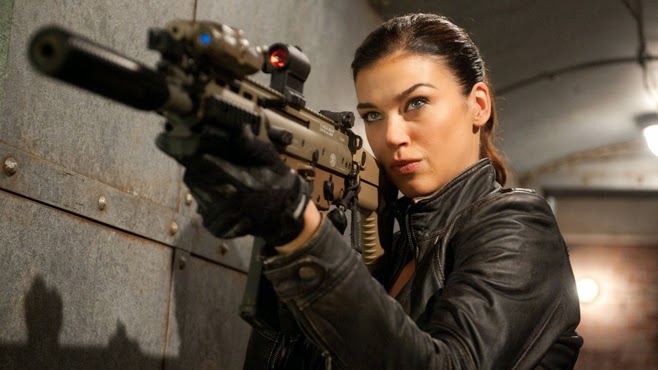 Key supporting roles from Willem Dafoe and Ian McShane add to the feel of quality of the production. Then the highly stylized visuals coupled with the dazzling pyrotechnics of the gunfights will leave you breathless.

Book a date to see John Wick – he doesn’t disappoint. 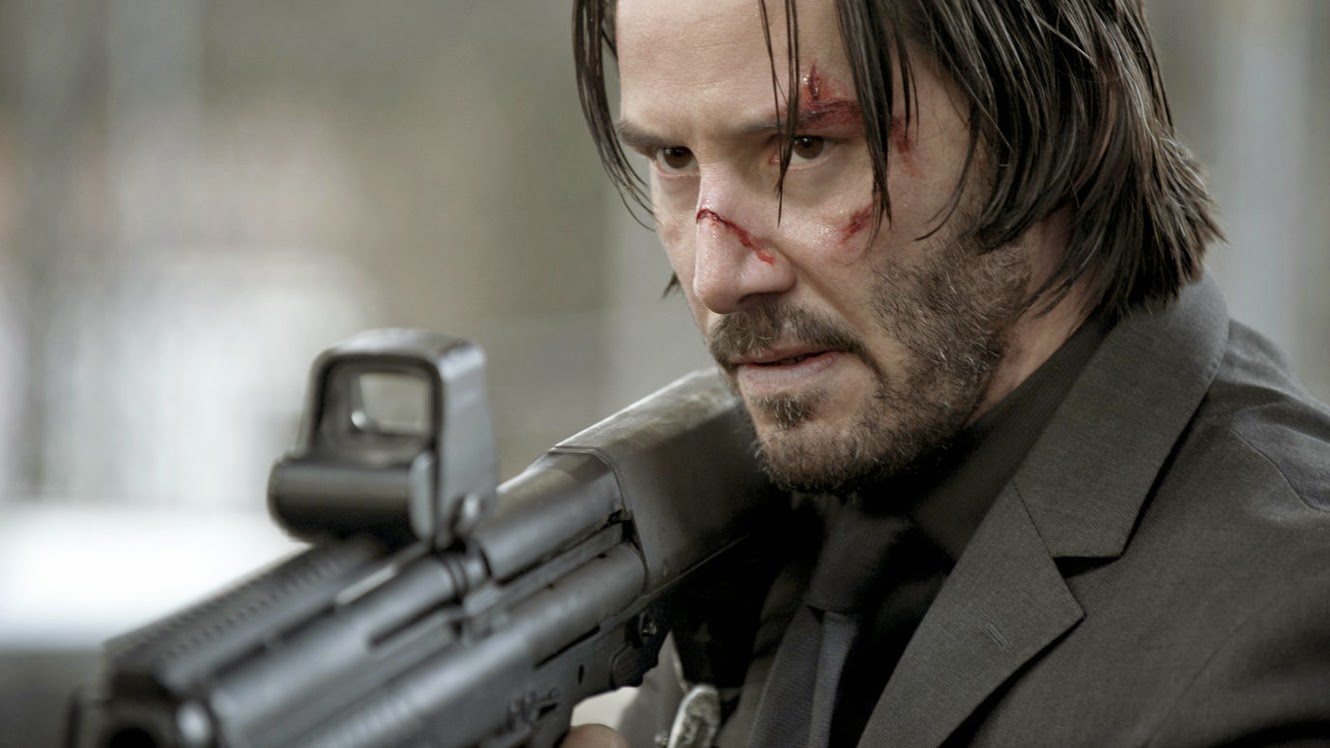 Make someone happy (me) - check out my novel - click this banner...

Emotions matter little. Story matters less. Morals don't register at all. But the rhythm of the killing creates its own irresistible machine music.