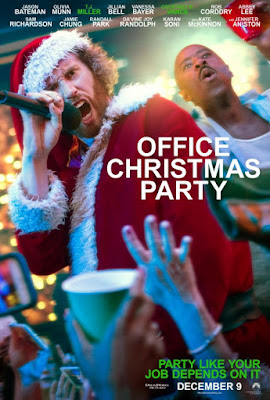 “It’s Christmas, we should celebrate they say, just a little get together for the employees. Have a few drinks, blow off a little steam, nothing crazy.”

Tis the Season for work-based Christmassy corporate hair being let down and that’s exactly what Office Christmas Party (OCP) delivers – with the Hollywood spin of things getting extremely out of hand. Sure we’ve seen big screen parties going off the deep end before with varying levels of success with the classic Animal House, the riotous Project X etc, but this attempts the mix the formula with some Yuletide Ho Ho Ho’s. 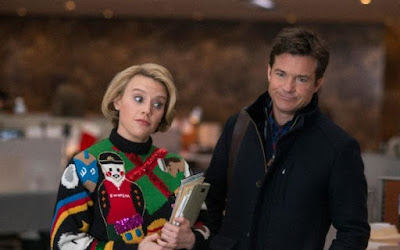 The flimsy plot sees the sour faced Carol Vanstone (Jennifer Aniston) CEO of tech firm Zenotek planning to close her branch run by her drop out brother Clay (T.J. Miller). His only shot to save his branch and keep the jobs of his workers lies with straight laced Chief Technical Officer Josh Parker (Jason Bateman) who must help arrange an epic office Christmas party to impress a potential millionaire client Walter Davis (Courtney B. Vance). 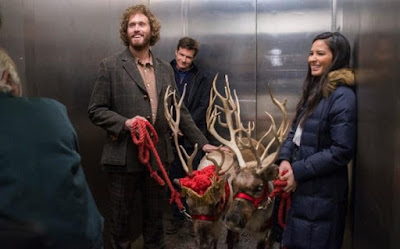 bring  your own snacks?

So with a kick-ass Christmas party the only hope of salvation, festive chaos breaks lose despite the best efforts of super uptight Human Resource Manager Mary Winetoss (Kate McKinnon). Cue all sorts of drunken raunchy antics, debauched co-worker naughtiness and utter Christmassy mayhem. It’s quite a spectacle to behold and the likeable cast look like they’re having a ball shooting it all.

Alas the comedy is very hit and miss and the trite plot which shoehorns in unnecessary gun packing pimps and a weak feel good conclusion detracts from the glimpses of occasional comic genius. I laughed most at the end credit out-takes which doesn’t bode well for those looking for a full on comedy. 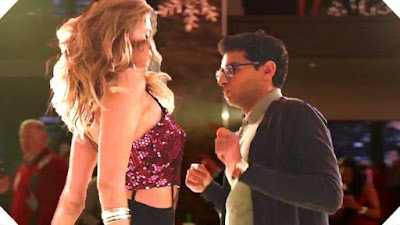 Director team Gordon and Speck who made the fun Blades of Glory do pay fun homage to other movies – climaxing with a full on Fast & Furious “(They just get faster and more furious” as Clay tells Josh) recreation using a Kia which is worth seeing.

The best way to enjoy Office Christmas Party is to lower your expectations, imbibe the Christmas spirit and let the mildly offensive and sometimes amusing party fun wash over you without thinking about it too much.

Better festive mayhem than Bad Santa 2, this Office Christmas Party is certainly not mandatory attendance but I’ve absolutely been to worse ones in the real world!?

Awesomeness ööö – occasionally does get awesome but never enough

Laughs ööö – be sure to stay for the outtakes

Horror öö – gross out in places