Darkmatters Review: Hunt For The Wilderpeople 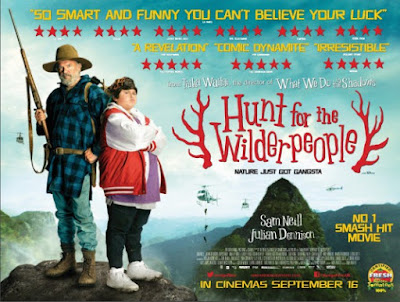 Hunt For The Wilderpeople (12a)

“Yeah, and I'll never stop chasing you - I'm relentless, I'm like the Terminator.”

“I said it first, you're more like Sarah Connor, in the first movie too, before she could do chin-ups.”

Buckle up for what might just be the best film of 2016. A touching, heart-warming action family comedy that delivers on every possible level. Hunt For The Wilderpeople, based on Barry Crump’s 1986 novel is directed by Taika ‘What We Do In The Shadows’ Waititi – who brings both an exciting comic manhunt movie and a powerful essay on family life, meaning and the courage required to trust. 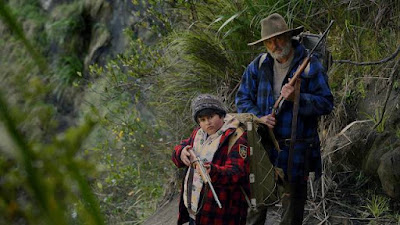 Meet young orphan Ricky (Julian Dennison) a troubled soul who has been rejected by every foster family he’s been placed with. This is a boy with accumulated issues who deals with his repeated rejection through a mixture of bad attitude, hip-hop music and petty crime minor gangsta ambitions. But maybe, just maybe his new foster aunt Bella (Rima Te Wiata) and her gruff husband Hec (The awesome Sam ‘In The Mouth Of Madness’ Neill) could be his ‘happy ever after’…

In the real world though, things never quite turn out to plan and before you can say ‘too good to be true’ Ricky finds himself on the run from terminator-alike Child Services Nazi Paula (Rachel “Wolf Creek’ House), lost in the Bush. With the reluctant Uncle Hec (Sam Neill) and a dog called Tupac the two rejects must battle through mishap, injury, wild bore attack and manic bounty hunters.
New Zealand looks great, especially when shot from cool drone POV and native director Waititi shows off the country as if it was one of the characters. Dennison is superbly likeable as the unfortunate orphan – who comes out with class sweary haikus and a true emotional core which will leave you shaken and stirred. 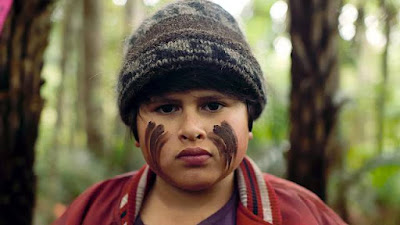 Juvenile delinquency has never played so well on the big screen and this bizarre outback adventure wrings both heart-breaking pathos and astonishing honesty from the comic plot. Blessed with a soundtrack boasting cool Leonard Cohen and Nina Simone, Hunt for the WIlderpeople keeps the good times rolling even when young Rickly and his reluctant Uncle face gun toting enemies or sheer survival challenges.

I’m a huge believer in experiencing films with pals and a lot of the joy I had watching this was seeing witnessing the similar reactions being registered to the cool pop culture references and genuinely beguiling action by the big hairy old man next to me (props Mr Wilmshurst!). 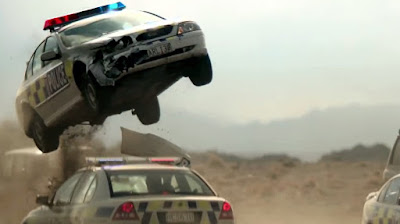 fast and furious eat your heart out

Hunt for the Wilderpeople is a film everyone should witness – this is cinema at it’s best, in a word “Majestical”.

Laughs öööö – A wicked cool sense of humour throughout

Horror öö – Slightly violent but not too nasty