Evil has found its Superhero... BRIGHTBURN 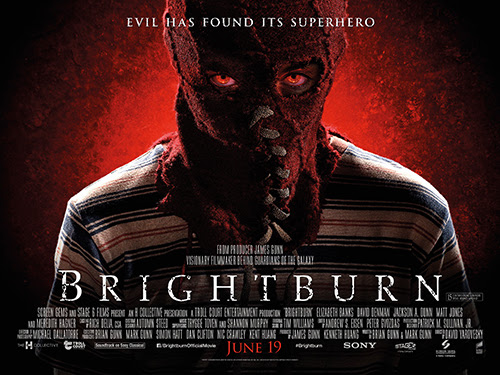 Under a month till BRIGHTBURN...

We are very excited for this 'What if Superman was evil?' new horror-super-em-up!!

Check out these chilling new TV Spot for James Gunn's new feature - excellent use of the music of Billie Eillis.

What if a child from another world crash-landed on Earth, but instead of becoming a hero to mankind, he proved to be something far more sinister?

With Brightburn, the visionary filmmaker of 'Guardians of the Galaxy' and 'Slither' presents a startling, subversive take on a radical new genre: superhero horror.

Produced by James Gunn and Kenneth Huang, Brightburn is written by Mark Gunn & Brian Gunn, and directed by David Yarovesky.


BRIGHTBURN hits cinemas in the UK on 19th June.