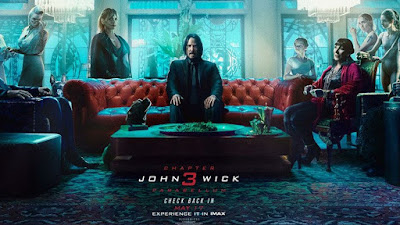 
“Mr. Wick broke the rules. I trust you understand the repercussions if he survives…”


The world’s premier super-assassin John Wick is back for a third instalment – and there’s more on the line this time than ever before. His life is forfeit after having crossed the ‘High Table’ by killing a fellow member of the international assassin's guild.

With a $14 million price tag on his head – Wick suddenly becomes the target of hit men and women everywhere – and must survive without the support of the Continental hotels due to his being excommunicated. 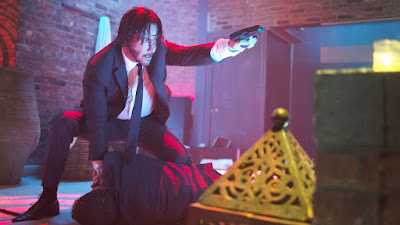 The good news for fans is that this third chapter is another excellent adrenaline-fueled action-packed entry in the series. Director Stahelski (who also directed the first two films) brings more superbly choreographed battles and stylish escapes.

John Wick (Keanu Reeves) is living a charmed life – he might be the best in the business, but he’ll have his work cut out as he must fight his way through the army of bounty-hunting killers on his trail. Trying to escape New York City is one things but he’ll need to call on his friend / hitwoman Sofia (Halle Berry), who owes him a debt in order to try and find a way to get his life back.

The subtitle ‘Parabellum’ is Latin for ‘prepare for war’ and it certainly applies here. The plot is simple – it’s kill or be killed after the High Table send an Adjudicator (Asia Kate Dillon) to call in retribution on Wick. Along the way anyone who has helped him is also in the firing line – so that includes Winston (Ian McShane), the owner and manager of the Continental Hotel in New York and the Bowery King (Laurence Fishburne) – could they be potential allies? 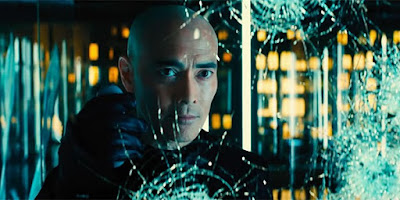 Nowhere is safe as Zero (Mark Dacascos), a master assassin is despatched by the Adjudicator to bring Wick down. Watching this cat and mouse hunt is compelling viewing (although it has to be said that John Wick’s mouse is hard as nails!?)

Reeves is effortlessly cool once more in the lead role and the action is so frenetic that you have to feel for him putting himself through this immensely physical role at a spritely 54.

John Wick Chapter 3 is a sensory overload which is likely to max out your adrenalin levels – and leave you wanting more! 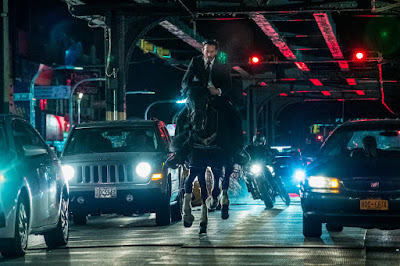 (4 - Another excellent entry in this kick-ass series!)

Awesomeness ööööö – Some of the best fights scenes on film