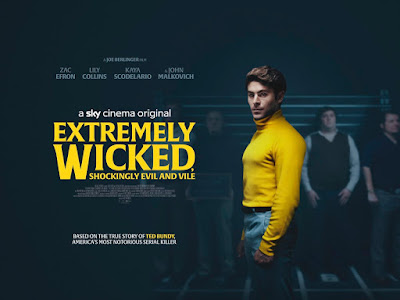 
“Ladies and gentlemen of the jury, you have been witness to the unspeakable horrors of the defendant’s heinous crimes…”

Sometimes the worst monsters are the real ones. There have been many accounts of the infamous serial killer Ted Bundy but this new bio-crime thriller from Joe ‘Blair Witch 2’ Berlinger brings in the megastar Zac Efron to depict the twisted lead. 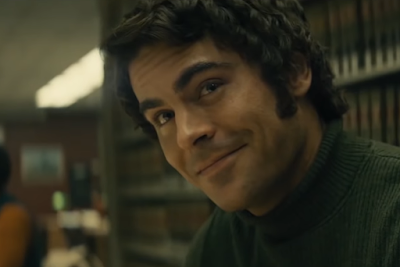 Hitting the big screen and streaming services at the same time which gives viewers more choice as to how they watch, this effective retelling of the story is told through the perspective of Bundy’s long-time girlfriend, Elizabeth Kloepfer (Lily ‘Okja’ Collins).

It is fascinating to see how this woman fell completely under the charismatic spell of the prolific murderer and her struggle to accept the reality of Bundy’s nature. Collins brings a real poignancy to the role, showing how she desperately wanted to believe that the man she loved couldn’t be the one guilty of the heinous accusations against him. 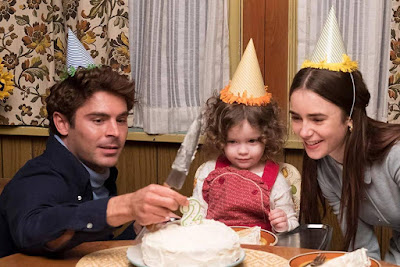 Extremely Wicked, Shockingly Evil, and Vile brings a compelling and engaging rework of the many traditional serial killer movies out there. Instead of depicting the many murders against the police work around the case - there is very little actual violence shown – it rather dwells on the consistent protestations of innocence by Bundy as he revels in the attention and media spotlight. The movie engages the viewer to get into the mindset and experience the fervent doubt of his guilt by not just his girlfriend and wife Carol Daronch (played well by Kaya ‘Maze Runner’ Scodelario) but also his many other female ‘fans’.

Efron makes an effective sociopath, hinting menacingly at the violent anger under the smarmy, charming, intelligent and highly charismatic, surface image he presents to the world. 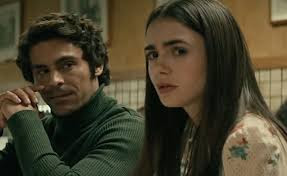 Making the movie from the perspective of Kloepfer gives us a glimpse into the family life and ‘normality’ Bundy worked hard to hide behind during his campaign of horrific acts. As the net closes around him some powerful courtroom sessions spotlight the grisly evidence as well as his darkly captivating performances as he tries to present his innocence.

John Malkovich is great as the sharp-tongued judge Edward D. Cowart and Jim ‘Big Bang Theory’ Parsons also pops up as Florida Prosecutor Larry Simpson. The quality of the actors helps elevate this to a very watchable level. 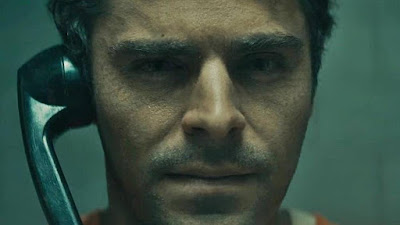 Extremely Wicked, Shockingly Evil, and Vile is a fascinating film liable to unnerve viewers in a very effective way, leaving an uncomfortable taste in the mouth and make you wonder just how well do we ever really know the hearts of those around us…

Laughs ö – Not a funny flick

Horror ööö – Extremely nasty subject matter but not much shown

Spiritual Enlightenment ööö - Who is that person watching you??