Matt finds A Good Woman Is Hard to Find (review) 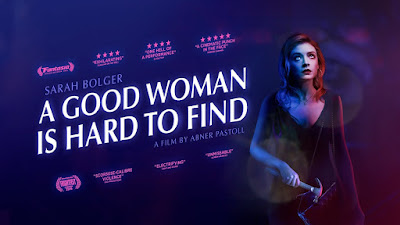 “If you want to get somewhere in life, you have to be a bit of a bitch”

I fell in love with this film at Fright Fest 2019 – it’s the unapologetically violent tale of single mum Sarah (a star-making turn from Sarah Bolger) who is struggling to make ends meet while also trying to raise two young children – Lucy (Macie McCauley) and Ben (Rudy Doherty).

Life is tough in the rough neighbourhood where drug dealers operate in broad daylight and the local supermarket security guard is a sexist asshole. Sarah is in a bad place following her husband being murdered – witnessed by her son who stopped speaking as a result. Her experience as a female is one of being put down by almost everyone in her life, even her obnoxious mother - and yet you sense there is more to her.

'it's the filth outside'

But whilst the grind of her daily life is hard, it gets much worse when a local wideboy Tito (Andrew Simpson) breaks in to hide from the nasty local heavies – from whom he’s just stolen a huge stash of drugs. He demands Sarah hold the drugs in her house which puts her little family in harm's way…

As the film builds up the all too believable horror of her existence, there comes a point where she is pushed to breaking point and has to choose whether to crumble or fight back. Sarah chooses the latter and becomes a feminist force of nature, taking extreme action to protect her family and woe betide the very bad men threatening her – led by Leo Miller (Edward Hogg) who is a grammar Nazi as well as a drug kingpin.

A Good Woman Is Hard to Find changes gear from urban drama to full metal revenge-em-up and it’s incredible to witness. The slow build-up pays off massively as the crunchingly violent repercussions kick in.

The writing is on-point and hugely satisfying. The climax might be absurd but it’ll make you cheer out loud. Pastoll’s cinematography is strong, with a clever use of colour and a cool soundtrack adding to the vibe.

Bolger is incredible with what could have been a very one-note character. She brings nuance as well as righteous fury as it proves that a mother’s love knows few limits.

Not for the faint of heart, the film gets bloody and earns its 18 certificate with some impressively grisly scenes. 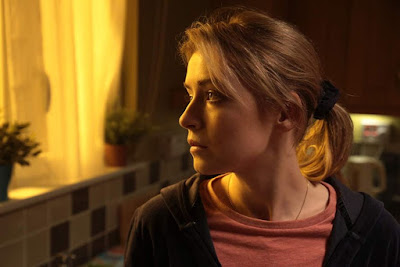 'a hero to believe in'

A Good Woman Is Hard to Find is a brilliant film that is likely to be a cult classic- experience it now!

Horror öööö – Nasty in parts but it feels necessary