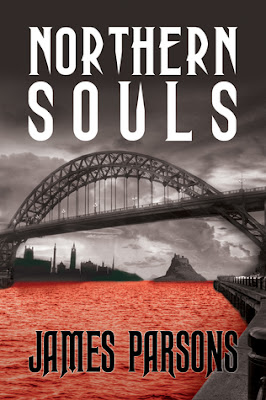 “You’ll burn too… Fire and brimstone. Quite the holy man now aren’t you?”

Here’s a funky UK thrill ride that is set in the North-East of England that sees ancient supernatural forces battling for the souls of humanity.

Meet Eric – he’s a young man who has lost his true love Grace and to make matters worse, is suspected of her murder. With nothing left to live for he sets off to commit suicide but his girlfriend isn’t going to let him join her so easily and she appears to him as a ghost telling him of demonic tribes fighting to seize control within the North. Obviously, this is pretty wild, not only to get a date from this dead girlfriend but also to be drawn into a war against ungodly forces…

Northern Souls feels very much like a northern companion piece to The London Vampire books (review coming soon) as both deal with hidden literally ‘evil’ underworlds operating amongst us. The plot sees Eric team up with his pals Taylor and Emma to investigate the strange and brutal attacks taking place – and handily has the his ghostly girlfriend giving him directions and clues.
Can they successfully confront and battle the unholy forces from Tynemouth to Gateshead? Will Eric make a trade with the demons in return for saving the soul of Grace? 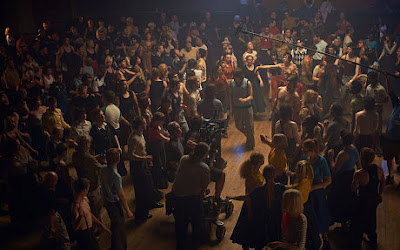 'Not to be confused with soul music flick Norther Soul'

There are some nice details about life in Northern England, and, at times it feels like you’re on a quick tour of the various towns and landmarks. Parsons writes with a good eye for detail and his characters feel real – if it jars a little fusing ancient blood thirsty demons the modern world it’s a good effort all the same.

I’ll certainly be looking out for more by Parsons but in the meantime – you could do much worse than check Northern Souls out.