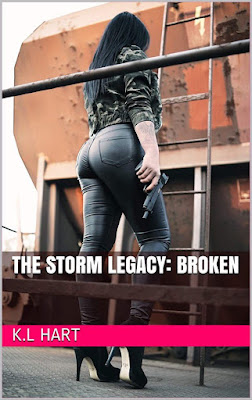 “GO! GO! GO! Ash shouts and we all run down the hill, pulling out guns, I kick down the front door and start shooting the assholes behind it.

Phase two of my reading books that I wouldn’t normally pick sees me dipping into the fast-paced world of a bunch of young spies who are rich brats and at least one of them is a pop star. The Storm Legacy: Broken is the second book in a series but it is easy enough to pick up and get caught up in the action.

The ‘Heirs’ as the group are known are bad-ass young agents who think nothing of going into a foreign country, shooting up the baddies and saving slaves on an hour’s notice. The fight and battle scenes are pleasing for anyone who likes action violence even if they are brief (I’d have liked more time spent in the heat of battle).

The plucky heroes spend most of their time when not saving people or taking down despots drinking coffee and shopping online. Their relationships are complicated – due to events in book one which left one of the main characters captured and being abused. Some of the scenes might need trigger warnings with sexual abuse, and a wince-inducing revenge just one of the elements. 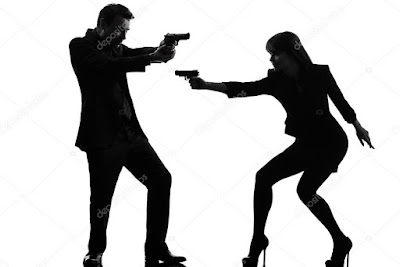 "licence to shoot - and shop"

I asked author Kerry about her inspiration for Storm Legacy and she said:

“My inspiration was I just wanted a strong girl from the start that was equal to the boys not just being dragged along kind of thing and it went from there!! I would say this book is for late teens / twenty’s age range but also anyone who loves high school-age drama.”

Along with the youth speak and banter, there are some deeper emotional foils – like exploring whether true love survives after one of the parties is horribly broken? And even what it might take to make a life-long commitment at such a tender age.

There are also some steamy and detailed sex scenes to go along with the hedonistic lifestyle and occasional world-saving jaunts. So this probably isn’t a book for the puritanical minded.

The action cracks along at a good pace and I found myself caught up in the world of the Heirs. Can certainly imagine this becoming a fun TV show – think love island mixed with mission impossible and you’ll have some idea…