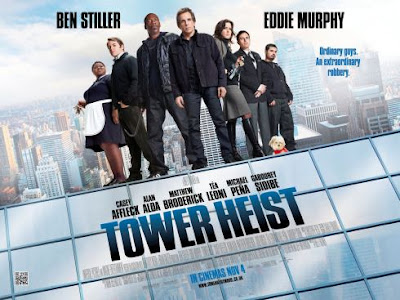 “The average apartment in the Tower costs 5.6 million dollars. We have the best views, the most advanced security systems, but you know what these people are really buying?”

Who’s up for a mildly amusing action comedy from the Lord of Average Brett ‘X-men: The Last Stand’ Ratner? Tower Heist is that movie and it is basically equal parts ‘suck’, ‘ho-hum’ and ‘joy’…

I have to declare something here – a bit of a soft spot for Ratner as a Director because even though he has committed many crimes against cinema (exhibits Rush Hours 2 and 3 are enough to make him reviled in many film goers eyes). You see Ratner directed ‘The Family Man’ back in 2000 and that was the first review I ever wrote for my now 10-year plus film reviewing for the Johnson Press Newspapers.

This is a simple enough payback / feel good effort that see the entire staff of the luxury apartment tower of the title getting screwed over by their boss Arthur (Alan Alda), who has been doing a bit of a Madoff in his business dealings. So Josh (Ben Stiller) loses his job and plans to get even with help from Slide (Eddie Murphy), Charlie (Casey Affleck) and Mr. Fitzhugh (Matthew Broderick)…

Tea Leoni looks good playing an FBI agent (but like she did in Bad Boys) and helps oil the wheels of the plot as the on / off / forbidden love interest of hapless wannabe crook Josh.

The AAA cast almost carry the movie off, but Ratner has an uncanny ability to smother the hell out of even the most talented assembled talent. The almost poignant socioeconomic message about workers getting dumped on by their trusted superiors could have had serious cultural resonance. But here it is just a single dimensioned plot device that has very little real world significance.

My ten year old son enjoyed Tower Heist a lot more than I did, perhaps Ratner should move into children’s films (or perhaps he has inadvertently already done this without actually telling anyone!?)…

The action is averagely entertaining and there are some funnies to be had but Tower Heist is instantly forgettable and won’t be anyone’s film of the year.

2.5 – a few moments of fun and generally watchable stuff 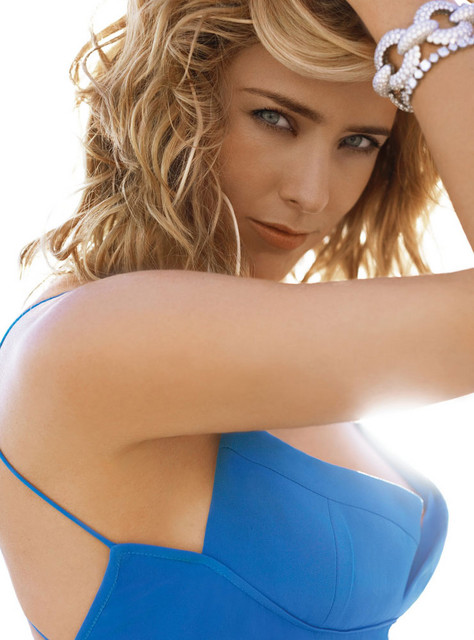 ...and the happy ending is great.