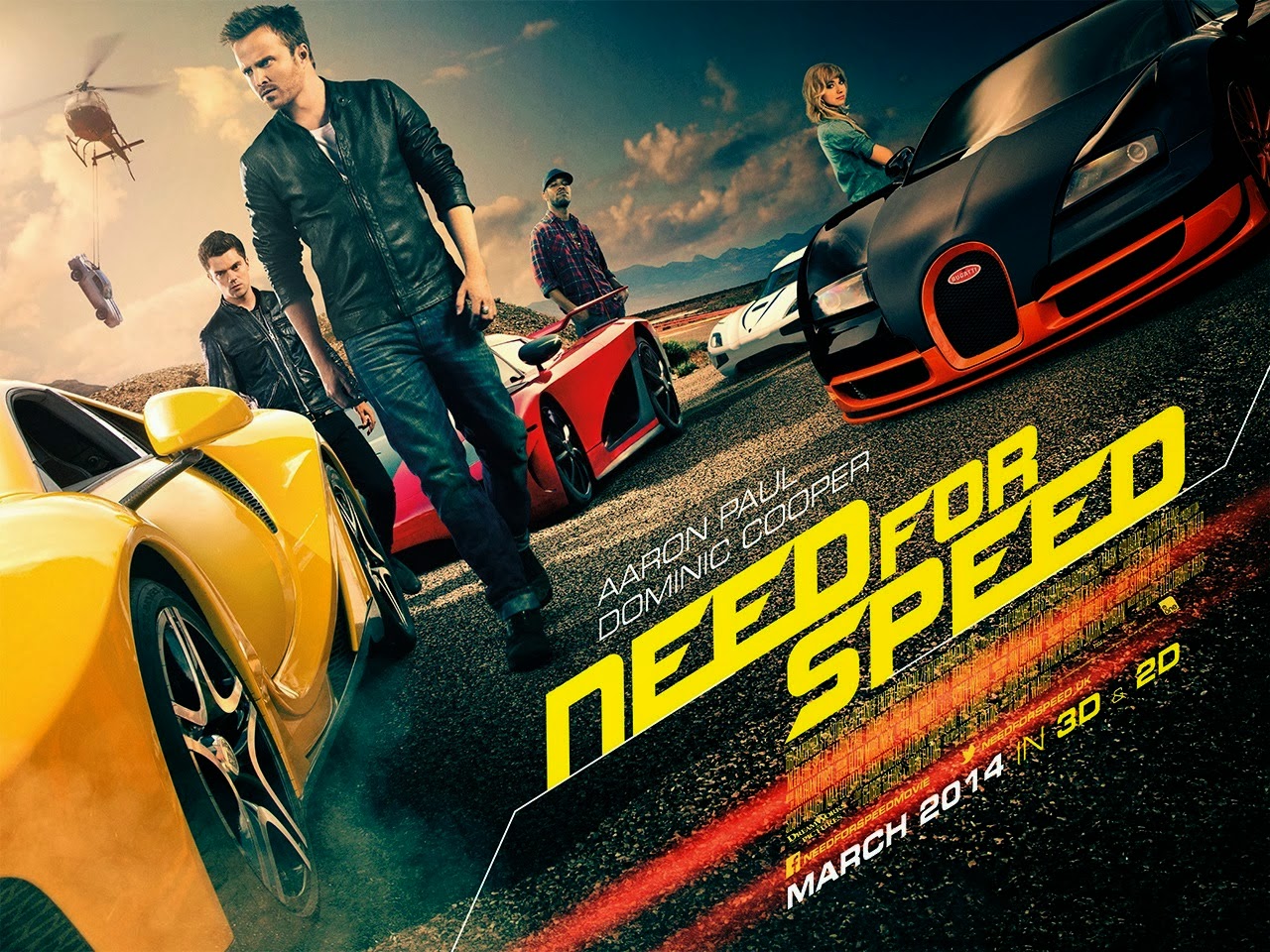 “I do not fear, for you are with me. All those who defied me, shall be ashamed and disgraced. Those who wage war against me, shall perish. I will find strength, find guidance, and I will triumph.”

Yep – that’s a paraphrase of Isaiah from the Good Book – and I have to admit that I really wasn't expecting it to feature as the ‘driving’ motivation in this movie inspired by the best selling Electronic Arts (EA) video game – the latest of which on the PS4 looks almost as good as this movie visually!? 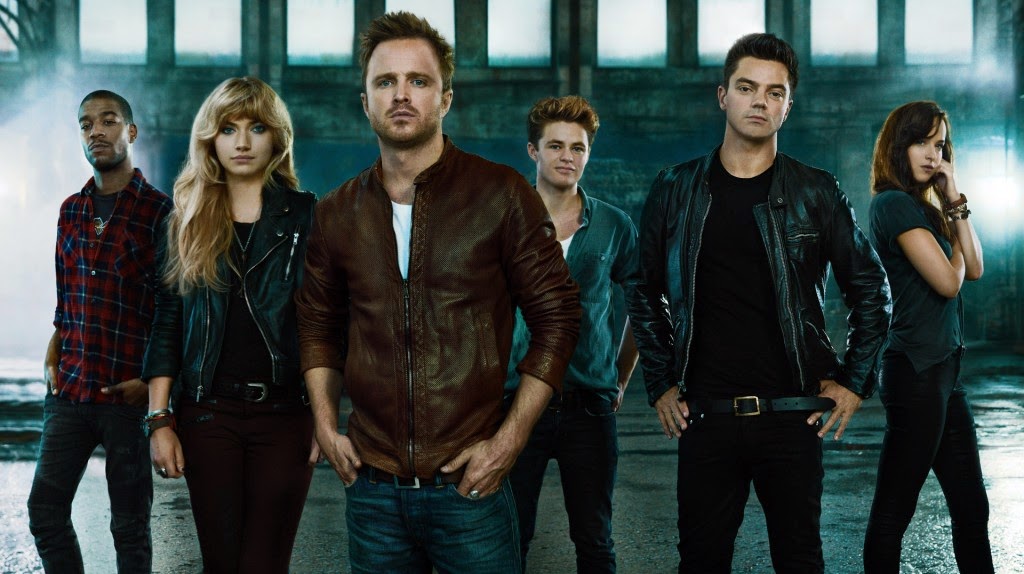 "this is what happened when the director shouted 'act normal'"

So here we have the tale of young hotshot car mechanic Tobey Marshall (Aaron ‘Breaking Bad’ Paul) who likes to indulge in a spot of illegal street racing. But when he gets in over his head – and one of his friends is killed - Tobey is framed and jailed by his love rival Dino Brewster (a swaggeringly perma-angry looking Dominic ‘Captain America’ Cooper). Burning for revenge upon release – Tobes teams up with sexy British car enthusiast Julia Maddon (Imogen ’28 Weeks Later’ Poots) and enters a high-risk 'winner takes all' supercar cross country race with a view to bring down Brewster.

What follows is a mixture of utterly insane adrenalin fuelled car action – made so much better by the lack of CGI silliness which mars films like the Fast & Furious franchise.

"not everyone will make it to the finishing line"

Need for Speed is a nitrous boosted, full speed race-em-up that only stalls when the cast stop driving and try to act.

For sheers balls-to-the-wall auto-thrills, director and former stunt man Scott ‘Act of Valor’ Waugh brings his ‘A’ game – alas for credible characterisation, believable dialogue and / or any semblance of a thought provoking plot… Erm not so much. 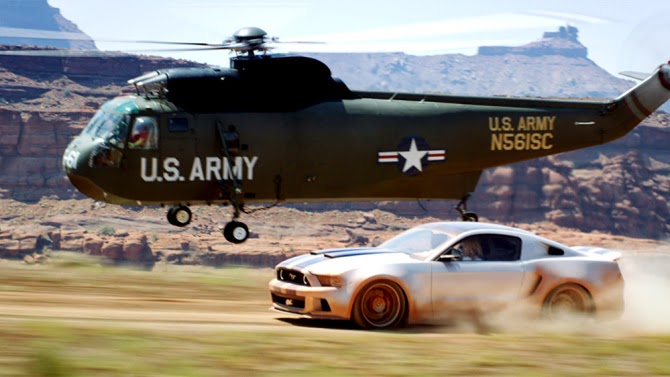 "it all goes a bit A-Team at points!"

The cars are the real stars here, and if you’re a Top Gear fan or have played and enjoyed any of the Need For Speed games, then there is much to make you shout ‘OOOhhhh that’s cool’ here. In fact for maximum enjoyment you should try to zone out during the non driving bits and reengage when the pedal hits the metal.

The car chases are some of the best ever committed to film – and boast the kind of stunts that the Ryan Gosling’s Driver performs when not doing getaways. Old school, high danger crashes, jumps and a kinetic sense of speed that is actually for once enhanced by the 3D. 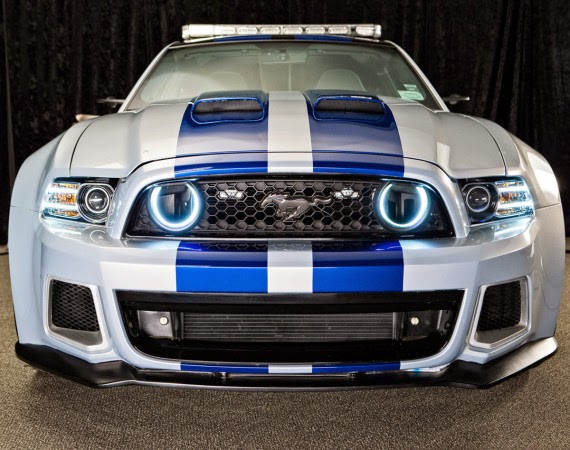 "the real star of the movie"

Faster and more furious than certain other automobile action flicks – if you feel the need, the need for speed should be priority viewing!

"Aaron Paul prepares to drive very very fast..."
Out of a potential 5 you have to go with a Darkmatters:

(4 - love the car action, snooze through the 'acting')

Awesomeness ööööö – sets a new benchmark for car based thrills

Laughs ööö –  not a comedy but funny in places

Spiritual Enlightenment ö - revenge isn't the answer (except it is here)