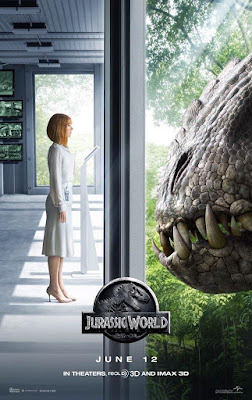 “You just went and made a new dinosaur? Probably not a good idea…”

Can it really be twenty-two years since the events of Jurassic Park, which saw Isla Nublar become an all-you-can-eat human buffet for genetically reborn dinosaurs?

It is and yet it seems that we really haven’t learnt any lessons as the infamous park has been reopened as a fully functioning dinosaur stocked ‘Jurassic World’. 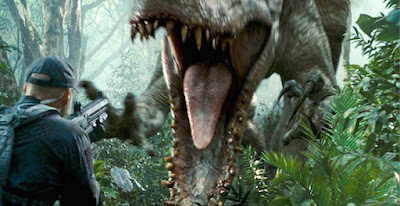 "open up and say 'arrghghgh'"

Thousands of people now flock to marvel at the dino-attractions but in order to add an additional ‘wow factor’ the scientists have created a new, cooler, bigger monster – the Indominus Rex. Before you can say ‘are you sure you want to make a creature that is smarter, stronger and more vicious than any other on the planet?’ it’s already escaped and is putting it’s various animal DNA boosts to work by killing everything that it meets.

The main human potential on the menu are likeable young brothers, Zach (Nick Robinson) and Gray (Ty Simpkins), who have been sent off on their own to enjoy the Jurassic World – because their aunt Claire (Bryce Dallas Howard), is the park operations manager. 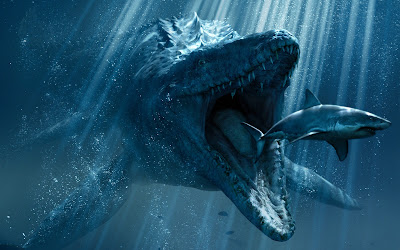 When things go ‘ape’ (or should I say ‘dino’?) in the park, it’s fortunate for everyone that Indiana Jones-alike Grady (Chris Pratt), is on hand to try and save the day. That’s all you need to know really, oh that and the fact that the action scenes are bigger, the dinosaurs look and move better than ever and there are some superb Easter Eggs for those who have watched the original Jurassic Park.

Jurassic World is a great fun thrill ride that brings sustained threat and some quite nasty deaths along with scares, which might be a bit too much for younger viewers. The effects are jaw droppingly impressive, and the new big bad guy Indominus Rex is an iconic creature (a huge improvement on Jurassic Park III’s Spinosaurus ). 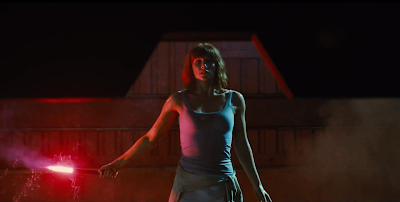 There are some really nice nods to other classic monster franchises such as Predator, Aliens, Godzilla etc. Chris Pratt is excellent and his sizzling charisma helps propel the action along much like he did with Guardians of the Galaxy. Bryce Dallas Howard is also decent as the female lead – who manages to be more than just a love interest and the kids are nice enough for you to actually not want them to get eaten for once. 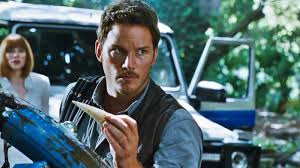 "Chris Pratt - would make a great Drake in Uncharted film!?"

Read version of this review with added 'thinking material' over at: CVM
Posted by Matt Adcock at 6:11 pm