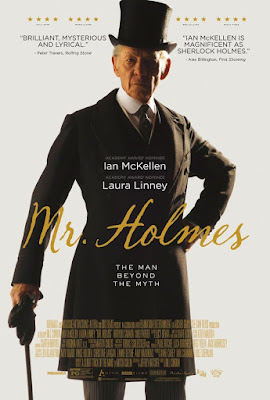 “I've decided to write the story down; as it was. Get it right, before I die…”

The name’s Holmes, Sherlock Holmes and I’m the greatest detective to have ever lived. This new film tells the tale of my twilight years, a document to the human frame’s mortality, a chance for me to look back on my life. But there is something deeply disturbing me, something I cannot let rest despite being officially retired – I need to find a way to close my one unsolved case, a 50-year old one involving the disappearance of a particularly beautiful but unstable woman…

My story here (based on the novel ‘A Slight Trick of the Mind’) is set in 1947. That handsome devil Ian McKellen plays me, lovely job he does too, catches my honourable character, my incredible deductive mind and wicked sense of humour, and yes, even my fragility as I realise I’m not quite the man I used to be.

Mr Holmes is an engaging slow-burning cinematic mystery that mixes the fictional biographic details with the heartrending pathos of a great man in decline. Director Bill “Gods and Monsters’ Condon handles the material sensitively and has a strong cast all giving good performances including Laura Linney as Holmes’ stalwart housekeeper Mrs Munro and young Milo Parker as he bright son Roger. 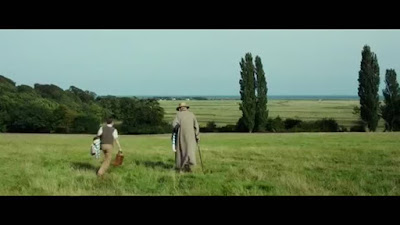 There’s little ‘action’ to speak of but there is joy is in watching Holmes trying to piece together the fragments of the case that he failed to solve, all the while trying to stave off the creeping effects of dementia. Roger Allam brings a compassionate air to the doctor treating Holmes – his instruction for Holmes to keep a diary and add dots where he can’t remember details is a device that will stay with you long afterwards. 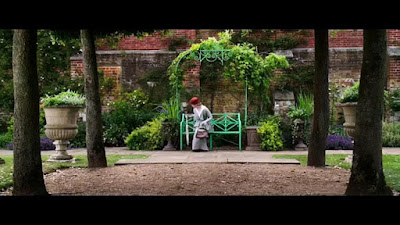 Fans of Sherlock are well served with some nice cameos including a superb fiction within fiction matinee show of Sherlock Holmes that has Nicholas Rowe star as the main man. There’s fun too in seeing the outrage Dr. Watson's juicy fictitious portrayals of Holmes’ life provoke in the old man who sets about trying to rectify the situation with his truthful account.


Mr Holmes is a quality piece of filmmaking that will give you much to ponder – if you’re looking for an engaging mystery, then it’s elementary that this should be on your ‘to see list’.

(3.5 - After a lifetime of detective work, there's one mystery left to solve: his own)

Laughs öö – some fun but not a comedy!?

Horror öö –  creeping loss of self is scary 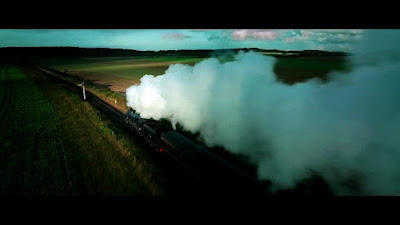