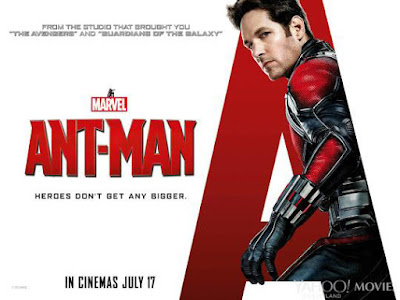 “Be the hero she already thinks you are…”

Following in the wake of big screen thrills of Avengers: Age of Ultron comes Marvel’s smallest superhero ‘Ant-Man’ but I’m delighted to report that he makes a just as huge a cinematic impact as Iron Man et al… Whilst the comic book law has been monkeyed with to have the original Ant-Man Hank Pym (played to perfection by Michael Douglas here) fit into the reworked Avenger friendly Marvel Cinematic Universe (MCU), Ant-Man as a stand alone film feels fresh and brings a winning balance of action and comedy. 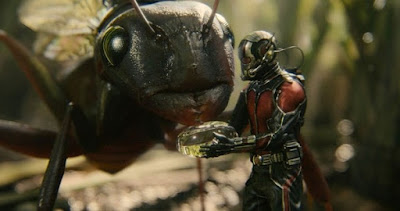 So we have the really likeable and very funny Paul Rudd stepping up as Scott Lang / the new Ant-Man and he totally nails the lead role. Thanks to Rudd and some sublime writing (the credits for which include Edgar ‘Hot Fuzz’ Wright), Ant-Man is definitely the funniest Marvel film to date but it doesn’t let the humour dilute the threat, peril or epic action for a moment.

Yes it’s another superhero origins tale but Ant-Man stands out because it exists in a cinematic universe where his first suggestion can be to “call the Avengers”, and there’s a superb cameo by one of the world saving group. Also along for this wild ride are some fun crooked pals who get roped into the mission, bringing some ethnic diversity and slapstick humour. And love interest duties go to Evangeline Lilly who we might even see again in future Marvel films.

Baddie ‘Yellow Jacket’ is a quality foil for the Lang and his ants (who are incredible animated wonders to behold in action). The size jumping dynamic is really effective too with real world toys, household objects and the odd military vehicle all getting stand out moments thanks to the jaw dropping cinematic skills of the makers. 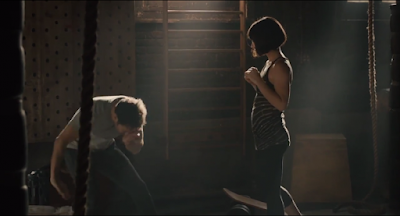 Ant-Man is an excellent movie that delivers on all counts. It even boasts one of the biggest teases for the next year’s Captain America: Civil War so be sure to stay and see both end credit scenes.

There's an 'in briefcase' smackdown between the tiny hero and his equally miniature adversary - a huge iPhone is being crashed around along with the fighters and the other contents of the case - as it is falling from a helicopter... Ant-Man accidentally triggers the phone's SIRI command just as Yellow Jacket shouts "I will disintegrate you" - "playing Disintegration by The Cure" says SIRI and launches the wonderful Cure track 'Plainsong' which then booms out as the soundtrack to their fight.

Spiritual Enlightenment öööö - it's not the size that matters... 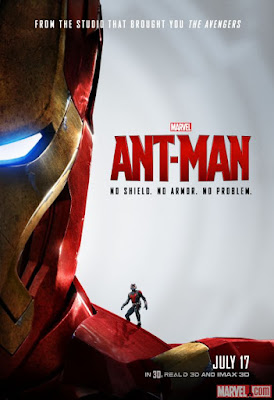 "He's got some cool friends" 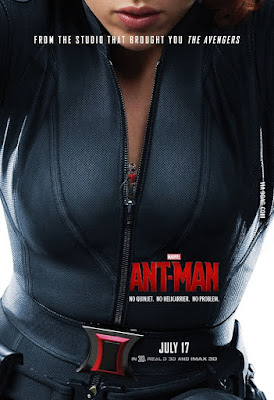