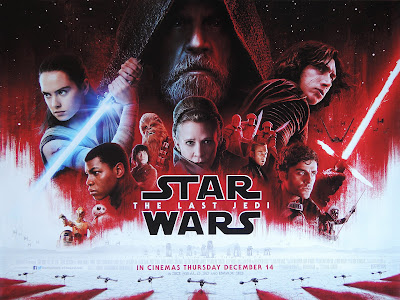 “We are the spark, that will light the fire that'll burn the First Order down…”

The cinematic galaxy far, far away is calling you once again. Young wannabe Jedi Rey (Daisy Ridley) is trying to convince the legendary Luke Skywalker (Mark Hamill) to come out of self-imposed retirement. It’s a desperate time for what’s left of the Resistance led by General Leia (Carrie Fisher) who are being ruthlessly exterminated by the evil First Order under the command of Supreme Leader Snoke aided by the twisted Kylo Ren (Adam Driver).

Can one old Jedi make the difference? Does Luke even care anymore? Can Rey resist the compulsive lure of the Dark Side of the Force? And will there be any redemption for Kylo after committing awful crimes? So many questions… 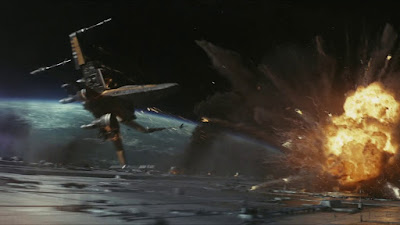 The Last Jedi picks up the story shortly after where The Force Awakens finished and sees Rey and Kylo take centre stage – they are somehow psychically linked and they tussle to try and get the other to join their side, plus we get to see them both kicking ass with lightsabers, although it’s certainly not a rerun of the last film’s duel.

Also instrumental in the plot is the long-serving fan favourite Millennium Falcon along with Chewbacca who makes some new cute Porg friends, hotshot - and hot-headed – X-wing pilot Poe Dameron (Oscar Isaac) still isn’t good at taking orders and one time Stormtrooper Finn (John Boyega) still burns with vengeance against his former employers. Rolling droid BB8 is also back and manages to steal many scenes proving to be a real crowd pleaser and both Carrie Fisher and Mark Hamill bring excellent gravitas to their roles. 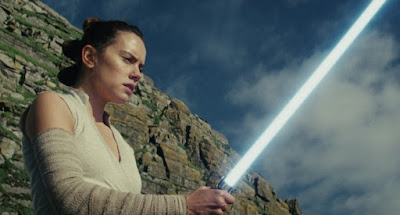 Speaking of the baddies, the First Order, has bumbling ‘how does he even have a job?’ General Hux (Domhnall Gleeson) and the shiny-suited enforcer Captain Phasma (Gwendoline Christie) plus some new additions.

The good news is that The Last Jedi is jammed packed both with incredible cinematic spectacle and personal drama. This is a new sort of Star Wars that mixes some very funny comic lines with many powerful dark desperate situations.

Director Rian Johnson who made the excellent alternative gangster thriller Brick and the time jumping Looper feels right at home building the mythos around the Force and the Jedi, crafting a take on the Star Wars universe which is unlike any that has gone before.

This a bold and brilliant addition to the intergalactic franchise which should be witnessed on the biggest screen you can find. There is life in the Force yet…

Horror öö – There is death and sacrifice plus menace


Spiritual Enlightenment öööö - In space nobody can hear you emote
Posted by Matt Adcock at 6:50 pm