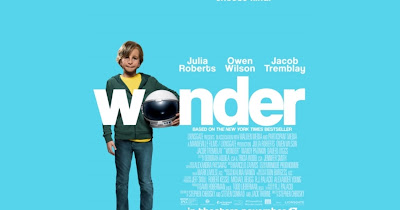 “When given the choice between being right or being kind choose kind!”

Anyone for a seasonal big budget Hollywood weep-em-up? Well here’s Wonder – the wannabe inspiring and heart-warming story of August Pullman (played by Jacob Tremblay). Born with many medical complications he had undergone more than 20 operations and his face is disfigured to the point that he spends most of his time hiding behind a toy space helmet.

When his parents (Julia Roberts and Owen Wilson) decide it’s time for him to stop being home schooled and go to his first ‘real’ school, Auggie faces his biggest challenge yet – trying to fit in with a group of judgemental fifth graders.

Will he battle through the inevitable bullying, misunderstanding and ignorance, make some friends and find his place in society? You don’t need to ‘wonder’ too hard as this is entirely predictable and horribly sentimental stuff.

"school can be cruel"

Tremblay does well in the lead role– he plays his difficult role with heart and spirit – a bright and funny kid he proves he can be a great friend to have if anyone could get past his looks.

Also suffering is Auggie's older sister Via (Izabela Vidovic) who carries her own burden – that of being mostly ignored as her parents’ lives revolve around Auggie, like he is the sun, and the rest of the family are orbiting planets. 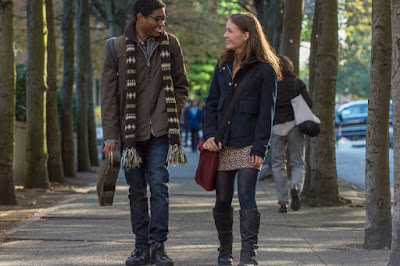 It’s very hard to take Julia Roberts seriously alas as she does her perfect smile thing throughout, Wilson too phones in his generic funny dad performance. More believable is the excellent Daveed Diggs who brings heart to his role of Aggie’s class teacher but something rings hollow here and as it all seems a little too predictable and schmaltzy. The only cool bits are the welcome surprise Star Wars imaginary friend moments...

If you’re looking for a slick family moral movie, then Wonder delivers a surface level hit of sporadically entertaining drama but as I overheard the two people who walked out of the screening I was in say “I don’t like being so obviously being told what to think”.

Wonder means well but never grabs the heart in the way that similar themed films like Gifted managed to.


Spiritual Enlightenment ööö - Smile though the world fears and judges you...

What you are spoken communication is totally true. i do know that everyone should say a similar factor, however I simply assume that you simply place it in an exceedingly method that everybody will perceive. i am positive you may reach such a lot of folks with what you've to mention.