Interview with Dreamchaser Scott Elliot about Scott and Sid


Looks good huh? The story behind the film is inspirational too - the two friends raised £1 million to fund their debut film, navigated the distance from dream to reality, never letting themselves succumb to an ordinary path through life. A tale about friendship and coming-of-age, the film offers an insight into the pairs’ dreamchaser philosophy and inspires their audience to be more than normal. Chasing their dreams comes at a cost, but one meeting could change their lives.

Co-creators Elliott and Sadowskyj, said: “Having wanted to make a film since we were teenagers, the fact that we are on the brink of releasing a story based on our lives is incredible.

“The buzz around our upcoming film has been electrifying and many people, including our cast and crew, have already become enthused by our shared philosophy,” they added. 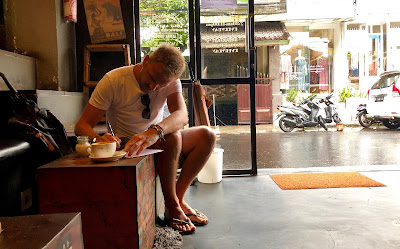 Scott in Bali writing up the questions (Exclusive Pics)

MATT: Hey – so how much is Scott and Sid autobiographical?

SCOTT: It’s a little bit of fact and fiction. Some areas of the story are pulled back otherwise the film would have gone in a different direction, a darker direction. And some elements of the story are more polarised for story purposes or to push a feeling or create a plot point.

MATT: What films have inspired you?

SCOTT: You know, I’m obsessed with films I watch at least two a day, a couple of my favourites today...

MATT: I’m a youth worker as well as film reviewer – am interested in your insights into troubled teens like those our ‘heroes’ are?

SCOTT: You know, I made the film for a mixture of people and one group was troubled teens. I couldn’t read or write till around 12 and wasn’t the best, I believe if I didn’t dreamchase I would be in prison now.


MATT: Is this tale one that will inspire those who come from dysfunctional backgrounds to be more than they might believe?

SCOTT: It’s not just for people with dysfunctional backgrounds, working 9-5 for 40 years in a job you hate earning money for things you don’t really want or don’t give a fuck about is pretty dysfunctional, don’t you think?

MATT: I love the concept of ‘Dreamchasing’ – is that something you live by?

SCOTT: Since 15 me and Sid have lived as dreamchasers, it’s been the saviour of us both and brought great memories experiences and opportunities! Meeting Sid and writing our first list was a turning point in my life.


MATT: So how likely am I to be calling Scott and Sid the new Trainspotting?

SCOTT: Trainspotting is one of a kind! It’s a genre in itself, I think Scott and Sid is the same. To compare them is like comparing an apple and a cup of coffee, they are both around the same size but that’s it! 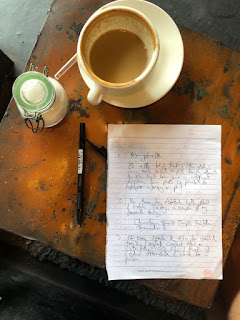 "Scott and Sid is like an inspiring cup of coffee"

MATT: And so which films are you most looking forward to this year?

SCOTT: In all honesty, I’m that wrapped up in Scott and Sid and our next project and don’t have a clue what’s coming out! What do you think I should look out for?

MATT: Thanks for your time and finally what are your future plans in terms of filmmaking?

SCOTT: We have some big plans!!


Be sure to check back for a full review of Scott and Sid... In the mean time check the official site here: www.scottandsid.com

Looks good.
The trailer was pretty polished. It had some really nice touches but left me with the impression that there might be quite a few 'coming of age, young people struggling against adversity to realise their dreams' tropes.
I know, it's tough to find original ways to tell classic, timeless tales so I do hope this one succeeds.