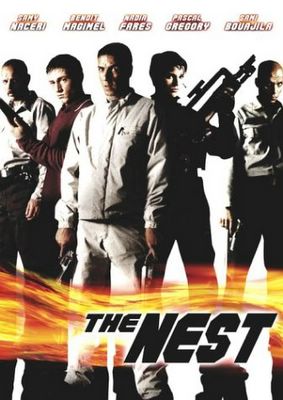 Being a Brit generally means several key things… We have a well developed appreciation of a good ‘cup of tea’, a major sense of superiority over every other nation on earth – especially Americans, and of course an unchangeable conviction that the French are talentless, lazy cowards who were never going to beat us in getting the 2012 Olympics anyway…

But wait, this can’t be right… In recent years there have been several French movies that have actually rocked – Dobermann, Nikita, Brotherhood of the Wolf and Haute tension / SwitchBlade Romance to name but a few… And now on DVD I discovered The Nest or Nid de guêpes if you want to give it its French title.

Directed by Florent ‘Hostage’ Emilio Siri The Nest stars the lovely Nadia Fares as Laborie, no not a dog as the name might suppose but actually a butt kicking officer in an elite police squad who are tasked with delivering Albanian mob boss Nexhep (Angelo Infanti) for trial. Of course there’s a huge gang of tooled up crims just waiting to bust their leader out en route – and when I say ‘tooled up’ I mean to Sam Fisher from Splinter Cell proportions… That alone would make for a fun film but just to top it off the heroic Laborie has to hole up in a warehouse trying to fight off the assailants in a scenes that made me grin from ear to ear as heavy weaponry is deployed at close quarters… And it turns out that already in the warehouse are a bunch of loveable thieves led by Santino (Benoit Magimel) whose plans to steal a load of laptop computers have to change to ‘fight to the death with the unstoppable force of mob gunmen now surrounding the warehouse’…
Believe me when I say that if you want an action film along the lines of HEAT mixed with Assault on Precinct 13… The Nest should be the next film you see… Intense from beginning to end, stylish and action packed… It’s a winner!!
Darkmatt Rating: öööö (Excellent action from a Director to watch) 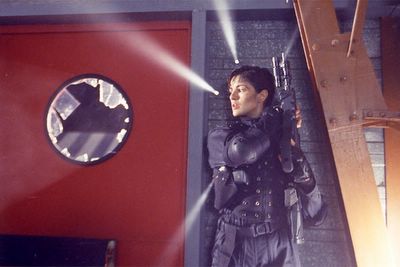 "Police special forces know exactly where to stand to miss armour piercing rounds..."
Reviews of other films and stuff you might want to read indexed here
Posted by Matt Adcock at 8:12 pm