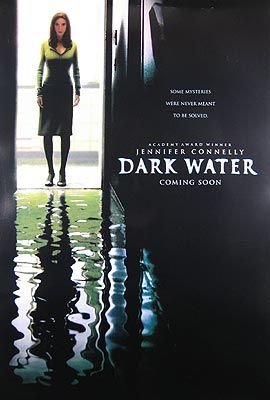 "FFS can't you use the toilet like everybody else!?"

Yes it’s another of those freaky Japanese horror movies reworked for the Western market but Dark Water is a prime cut above The Ring et al. Boosted immensely by having the gorgeous Jennifer Connelly in the lead role – Dark Water is a slow burning mystery that amps up the freakiness towards the bitter end. Yes Dark Water doesn’t cop out with an unbelievable feel good ‘happy ending’ – this is a malevolent head squeezing exercise in unnerving the audience and it works a treat.

OK so there aren’t many ‘jump out of your seat’ moments but it’s not that type of film. Dark Water is more likely to make you start to look around nervously, check for any shadowy areas on your ceiling and basically never ever investigate weird cases of missing children…
So, single mother Dahlia (Connelly) moves with daughter Ceci (Ariel Gade) to a grim apartment complex on Roosevelt Island – can’t think how I missed checking this hellhole out when visiting NYC last year!?

Things start to go ‘bump’ in the night and it quickly becomes clear that they are ‘not alone’ in their squalid new abode – or is Dahlia losing it? One thing is for sure – there is evil black water dripping from the ceiling and a definite sound of footsteps in the deserted apartment above… This cues up some nasty flashback scenes and plenty of genuinely unpleasant moments of tension.
The supporting cast are good too - including Tim Roth as a lawyer who operates out of his car and Pete Postlethwaite as the building’s Scooby Doo type of dodgy janitor who may know more than he’s letting on about the missing little girl… John C. Reilly though steals his scenes as a complete bastard of an estate agent, he’s a sleazeball dirtbag of the highest order to whom who bullsh*te is a way of life…
Dark Water is for those out there looking for some above average mysterious goings on…
And I’m not kidding about the ending…
Darkmatt Rating: ööö (a worthy freak out)
Reviews of other films and stuff you might want to read indexed here 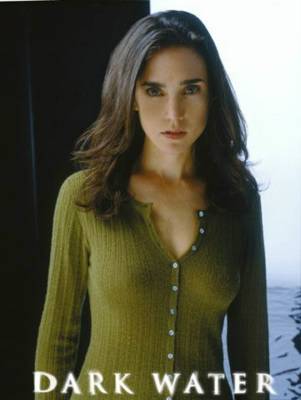