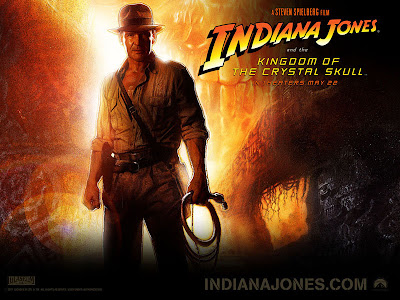 Indiana Jones and the Kingdom of the Crystal Skull (12a)

Legend says that a crystal skull was stolen from a mythical lost city in the Amazon, supposedly built out of solid gold, guarded by the living dead. It also says that whoever returns the skull to the city temple will be given control over its mind bending power. With a crack team of nasty Russians hot on the trail of the skull, there’s obviously only one person you want on your team if you’re going to try and save the day…
Step forward iconic archaeologist/adventurer Dr. Henry "Indiana" Jones – okay so it may have been almost two decades since he last saw action but Indy is still the man for a job like this.
I love the original Indiana Jones trilogy passionately, in fact Raiders of the Lost Ark is one of my all time favourite movies, so it was with high anticipation that I watched the Crystal Skull. I wasn’t alone either as the two pals I went with had both dressed up as Indy complete with bull whips and hats!?

Well, if you’re an Indiana Jones or any sort of action movie fan, Kingdom of the Crystal Skull will put a big smile on your face. Harrison Ford is absolutely great, it’s like he never went away. I’m also pleased to report that all the classic ‘Indy’ elements are present and correct – impossible odds, booby-trapped temples, gunfights, fistfights, daring do and high action chases. Stephen Spielberg and George ‘sorry about the Phantom Menace’ Lucas reunite with their aging leading man to deliver a solid new entry in the series. Crystal Skull a cracking adventure and brings back some welcome faces and references from the past films, whilst also introducing some new key characters to the team such as Mutt Williams (Shia ‘Transformers’ LaBeouf).

I was keen to get the thoughts of my Indy impersonating mates Mike and Jason (whose favourite film of all time is still Indiana Jones and the Temple of Doom). Reaction was mixed however with Mike being pleased with the new Indy entry whereas Jason was left “lukewarm”. For my part I really enjoyed Crystal Skull and whilst it isn’t perhaps quite as classic as the originals, it still stands head, shoulders and battered Fedora above rivals such as The Mummy or Tomb Raider flicks.

I’d even be keen to see Jones return once more – maybe ‘Indiana Jones and the Bus Pass of Oblivion’? 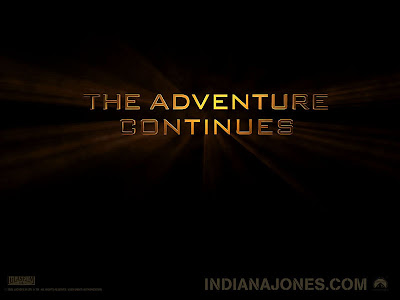 Tasty Action: öööööööö (8)
+ Nobody does it quite like Indy and he's still got it

Mind Blight / Boredom: öööööö (6)
- Over high expectations can make it seem weaker than it is

Liable to make you:
"take up archaeology (again)!"

Oh I am so glad you were pleased with it Matt, and I couldn't stop laughing when you mentioned that you went to see this film with both your friends dressed up as Indy complete with bull whips and hats!? How come you didnt as well?

Liable to make you:
"take up archaeology (again)!"

I was thinking about this when I had my second viewing today, good idea!