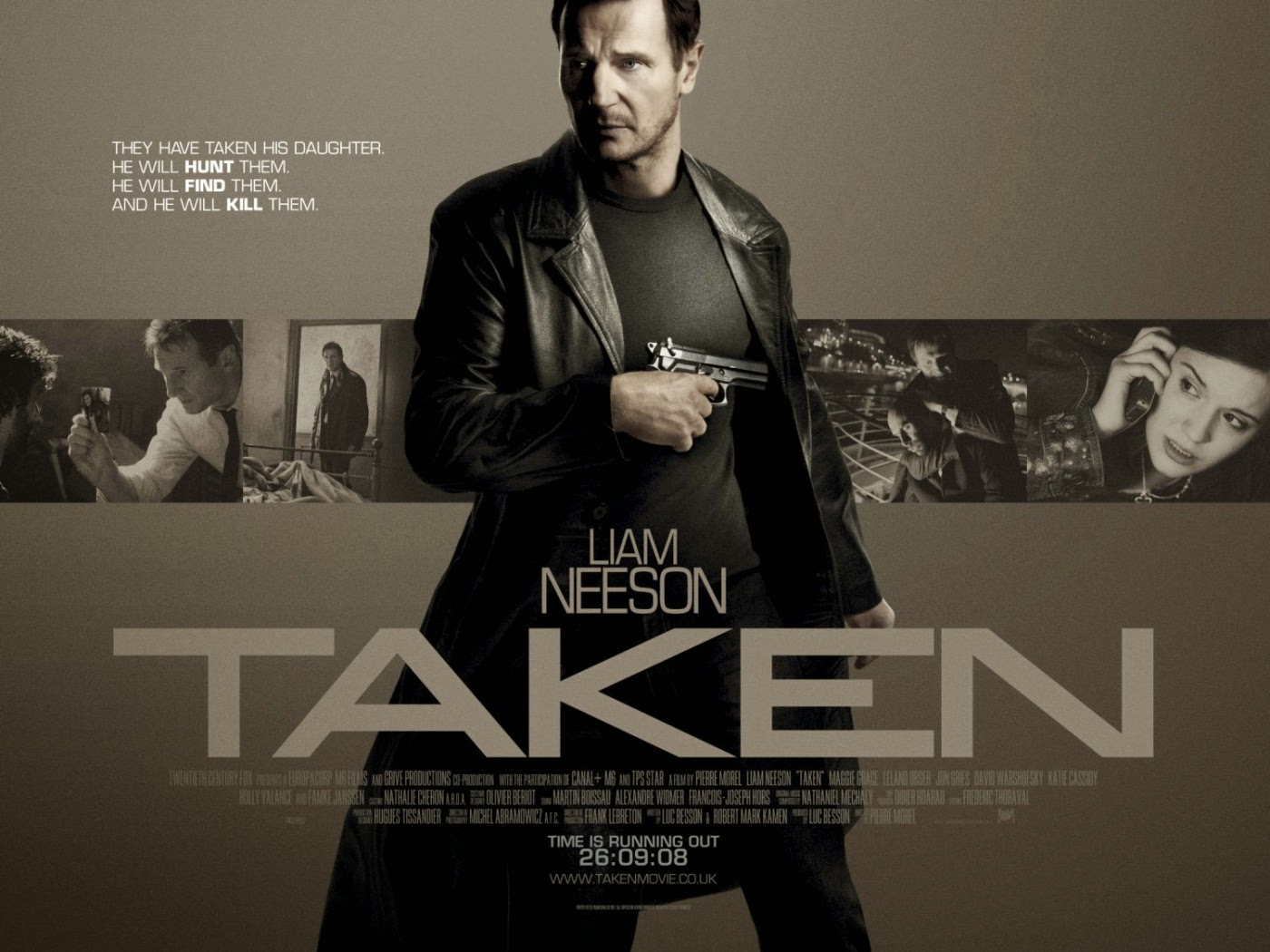 “I don't know who you are. I don't know what you want. If you are looking for ransom, I can tell you I don't have money. But what I do have are a very particular set of skills; skills I have acquired over a very long career in the shadows, skills that make me a nightmare for people like you. If you let my daughter go now, that will be the end of it. I will not look for you, I will not pursue you. But if you don't, I will look for you, I will find you. And I will kill you…”

[after a pause the kidnapper answers] “Good luck”...

Taken is a mean, slick, action flick from Luc ‘Leon’ Besson and Robert Mark Kamen which could well set a new standard for the sheer number of bad guys sent to an early grave… Liam Neeson gets his ‘Bourne’ on as Bryan Mills, an ex-CIA operative who puts his training to effective use when his daughter Kim (Maggie Grace) gets kidnapped the minute she steps outside of the US.

Director Pierre ‘District 13’ Morel delivers on the promise he showed in his early action adventure – this time blessed with a quality leading man who keeps the audience on side even when delivering unspeakable violence. Neeson certainly adds gravitas to the vengeful all shooting, all beating, role of Bryan. Within minutes of the film starting he’s in action saving a hot new singing sensation Diva (Holly Valance) from a would-be attacker, a move which helps indicate that there is much barely repressed violence just beneath the surface of this doting-but-estranged dad.

So when his daughter Kim and her cute pal Amanda (Katie Cassidy) get abducted almost as soon as they arrive in Paris, Bryan uses the next 96 hours (the time frame within which security forces generally recon that a victim has a chance of being rescued) to go ballistic on the East European scumbags responsible.

The plot might be wafer thin but that hardly matters when the action is as crunching and high octane as delivered here. Watching Bryan take down seemingly hundreds of enemies in a stylish but surprisingly brutal series of encounters is this year’s action fan nirvana. With echoes of the effective Man on Fire from a couple of years ago, this man on a mission to save his child odyssey, will have people rooting for the steely eyed bringer of justice – even when the odds seem impossibly against him.

Once the action fuse is lit, the fight scenes, chases and relentless quest of Bryan is a captivating ride, a thriller that actually thrills and doesn’t waste a second of screen time. Probably not a date movie, Taken channels of the spirit of Arnie’s infamous ‘80s’ action heroes mixing in elements of James Bond and Jason Bourne. You’ll be hard pressed to find a more exciting rampage of gun action this autumn – Bryan Mills may well muscle his way into to the all time top ten of gun slinging heroes. 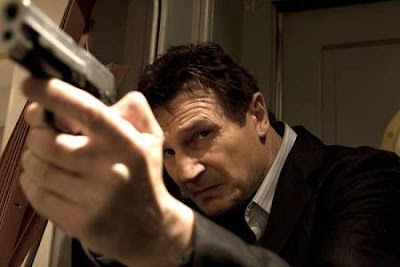 
Ye Old DARKMATTERS RATING SYSTEM
(all ratings out of maximum 10 but '-' is bad whereas '+' is good):

Arbitrary final rating: ööööööööö (9)
Taken is highly recommend stress relief for anyone who wants to see bad people made to pay!! 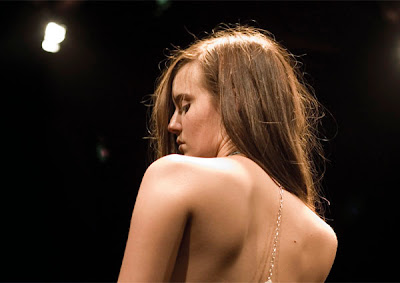 "keeping your cherry - drives up your value!?"


Liable to make you:

"vow to wipe out half the Eastern Euro underworld"

"They thought they could take his daughter and get away with it.
they were miss-TAKEN!!"
Posted by Matt Adcock at 2:26 pm