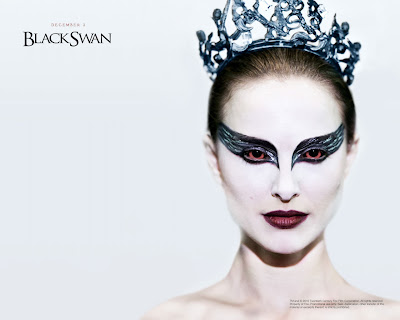 “I had the craziest dream last night about a girl who has turned into a swan, but her prince falls for the wrong girl and she kills herself…”

Black Swan is an enthralling dark psychological drama based around the story of Swan Lake where talented ballerina Nina (Natalie Portman) becomes so completely consumed with her role of the Swan Queen that she loses her mind and her grip on reality.

The plot may be a phantasmagorical case study of someone breaking down but it is utterly watchable thanks to having a director with such artistic verve, empowered by an incredible cast. Vincent Cassel takes the male lead as the director of the ballet company putting on a new ‘edgy’ version of Swan Lake. Barbara Hershey is Nina’s seriously overbearing mother while sexy new dancer Lily is a scene stealing Mila Kunis. 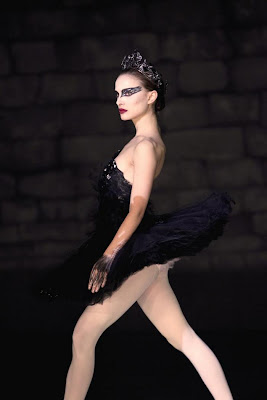 "oooh - the Black Swan..."
Quality support is also on hand thanks to Winona Ryder - completely chewing up the scenery as the company’s former prima ballerina Beth MacIntyre – who is replaced in the lead by Nina.

Black Swan isn’t an easy film to watch there are strong violent and sexual scenes which shocked some of the audience I caught this with. And while not fully a horror film, there are some good ‘jump’ moments too which had many people screaming out loud (mentioning no names *cough Matt Landsman *cough).

So viewers certainly shouldn’t go expecting a ‘nice’ ballet film, but anyone who has seen The Wrestler – to which Black Swan is a kind of alternate companion piece – will know to expect a visceral, brutal experience.

Nina’s inner turmoil is caused by her having to depict both the innocent ‘White Swan’ and the sensual Black Swan – who is much more akin to the overtly sexual Lily. The rivalry / uneasy friendship between the two is instrumental in awakening Nina’s dark side – but can she stay sane under the pressure?

With Black Swan, Aronofsky has created a compellingly powerful film without having to resort 3D or over-burdening watchers with hours of unnecessary padding. He is building up a fantastic body of work and anyone who enjoys Black Swan should certainly seek out his earlier masterpieces Requiem for a Dream and ‘Pi’.

Laughs ö – not a laugh riot 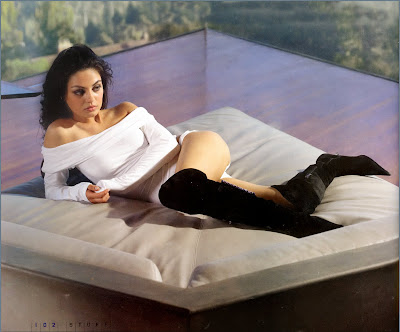