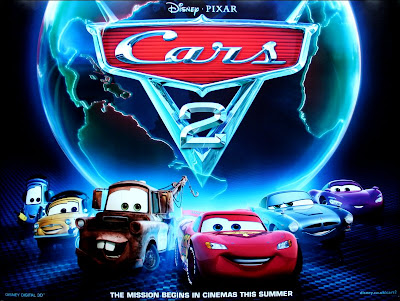 “This is agent Leeland Turbo. I have a flash transmission for agent Finn McMissile, my cover's been compromised. Everything's gone pear-shaped. You won't believe what I've found out here. This is bigger than anything we've ever seen…”

Bbrrrrmmmm, yes the cars are back on the big screen and this time the stakes have been raised. It’s not just speed that counts now, but in the face of a dangerous international plot – the heroes will need gadgets and weapons if they are to survive.

Disney / PIXAR studios have a fantastic track record when it comes to creating brilliant animated films. So the pressure to create a worthy follow up to their excellent Cars (which is the film that has made them the most cash to date thanks to the millions of toys it has sold) has yielded a sequel but is it any good?

In a word ‘yes’ the creative team have managed to effectively inject some decent action thrills to the racing formula. This time Mater (Larry the Cable Guy) and his best mate Lightning McQueen (Owen Wilson) get drawn into a deadly conspiracy involving a new bio-fuel. Luckily top British secret agent Finn McMissile (Michael Caine) and his sexy sidekick Holly Shiftwell (Emily Mortimer) are on hand to help.

There is plenty of slapstick danger thanks to an evil genius who has assembled an army of ‘Lemons’ – clunker cars that are fed up with always breaking down… When Mater inadvertently gets tagged with holding some secret photos he becomes the world’s least likely spy car – equipped with rotary cannons and nitro boosters.

I was a bit worried that the gunplay and secret agent high-jinks wouldn’t work with the Cars characters but the look of sheer joy on my youngest son’s face as he witnessed them won me over. Sir Michael Caine is excellent as the lead British super agent and bags lots of the best lines.

Lightening McQueen’s relationship with Mater forms the emotional heart of the film, which again triumphs friendship over everything else.
The automobile animations are unbelievably shiny and there are lots of nice film references and in jokes to keep the adults amused as the family friendly action rocks along to a satisfying climax.

Cars 2 might not be an original vintage model but it is an exciting new addition to the range and one that you should certainly consider taking for a spin this Summer!

Awesomeness ööö – when Mater breaks out his guns the audience cheered!

Spiritual Enlightenment ööö - bio fuel can save your soul? 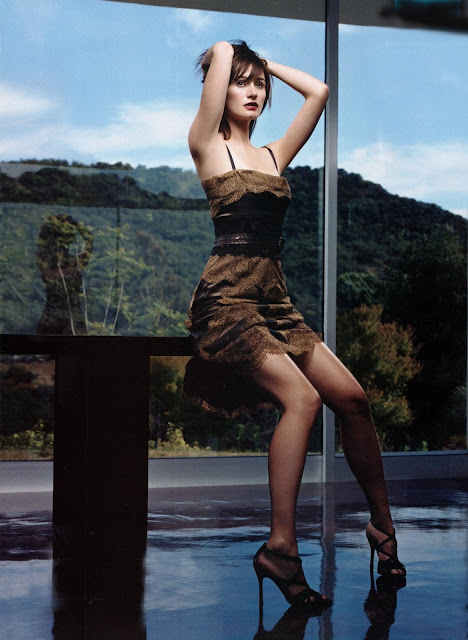