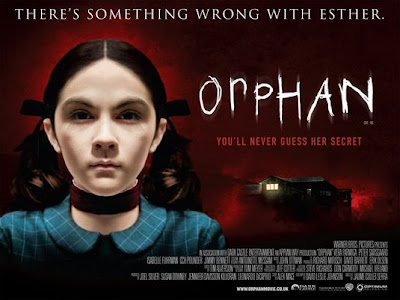 Dir. Jaume Collet-Serra - who previously brought you GOAL II and House of Wax

See that prim little girl over there, the one with the dark eyes who looks like she might be wise beyond her years?
She wants to play with you and your family…
But there’s something wrong with Esther (a chilling Isabelle Fuhrman), she has a terrible secret, oh and she’s s psychopathic murdering spawn of hell too.

Orphan is powerhouse new horror thriller from Jaume ‘House Of Wax’ Collet-Serra. It’s the story of troubled couple Kate (a brilliant Vera Farmiga) and John (goofy Peter Sarsgaard) who adopt young Esther to try and compensate for losing one of their biological children. Needless to say that things don’t work out so well, as the body count starts to ride almost as soon as the family has sprung Esther from the orphanage. 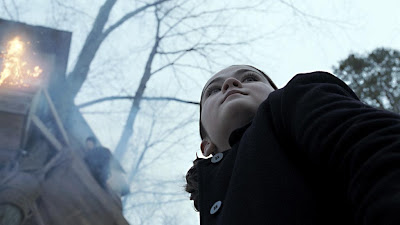 Fuhrman is a fantastic as Esther, genuinely creepy even when trying to convince her new folks that she’s a polite, mature little girl and utterly demonic when she’s goes ape. Orphan is refreshing in that it doesn’t pull its punches. Director Collet-Serra is a sick puppy and doesn’t let the ‘15’ rating get in the way of graphic death and seriously disturbing content. This really isn’t a film for the faint of heart and as the friend I saw it with (who works for Social Services) said “this is going to put a lot of people off adopting!” 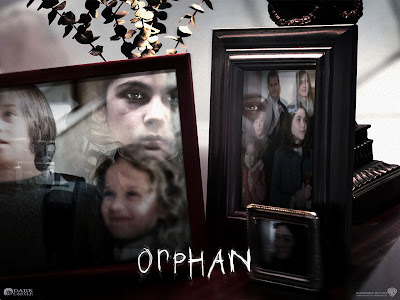 If you’re looking for a thriller that will keep you on the edge of your seat, wrong foot you at crucial moments and bounce along at a decent pace, this is the movie for you. The script is sharp and mixes some pitch black humour into the escalating horror with lines like “Oh, look, Little Bo Peep text me - she wants her outfit back” from one of Esther’s school classmates. The look she gets by way of reply is pure evil.

Orphan is up there with ‘Let The Right One In’ for 2009 ‘s top quality horror efforts – go and see Esther at your peril! 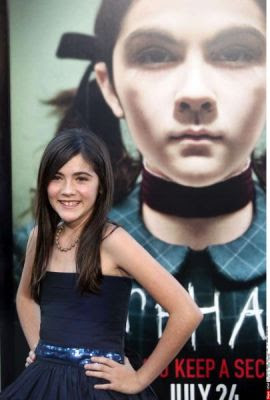 There are some out there who have seen the trailer or poster saying that ‘You’ll never guess her secret’ but who are too scared to watch the film. Several of these not so brave souls asked me tell them what the secret is – so look away now if you don’t want to know:

SPOILER: It turns out that Esther isn’t a little girl at all but rather a mentally disturbed and murderous woman suffering from a rare disease which stunts her growth and makes her look like a child. END SPOILER.
Posted by Matt Adcock at 4:40 pm

This girl looks as a very embittered orphan