Darkmatters Review: The Quiet Ones 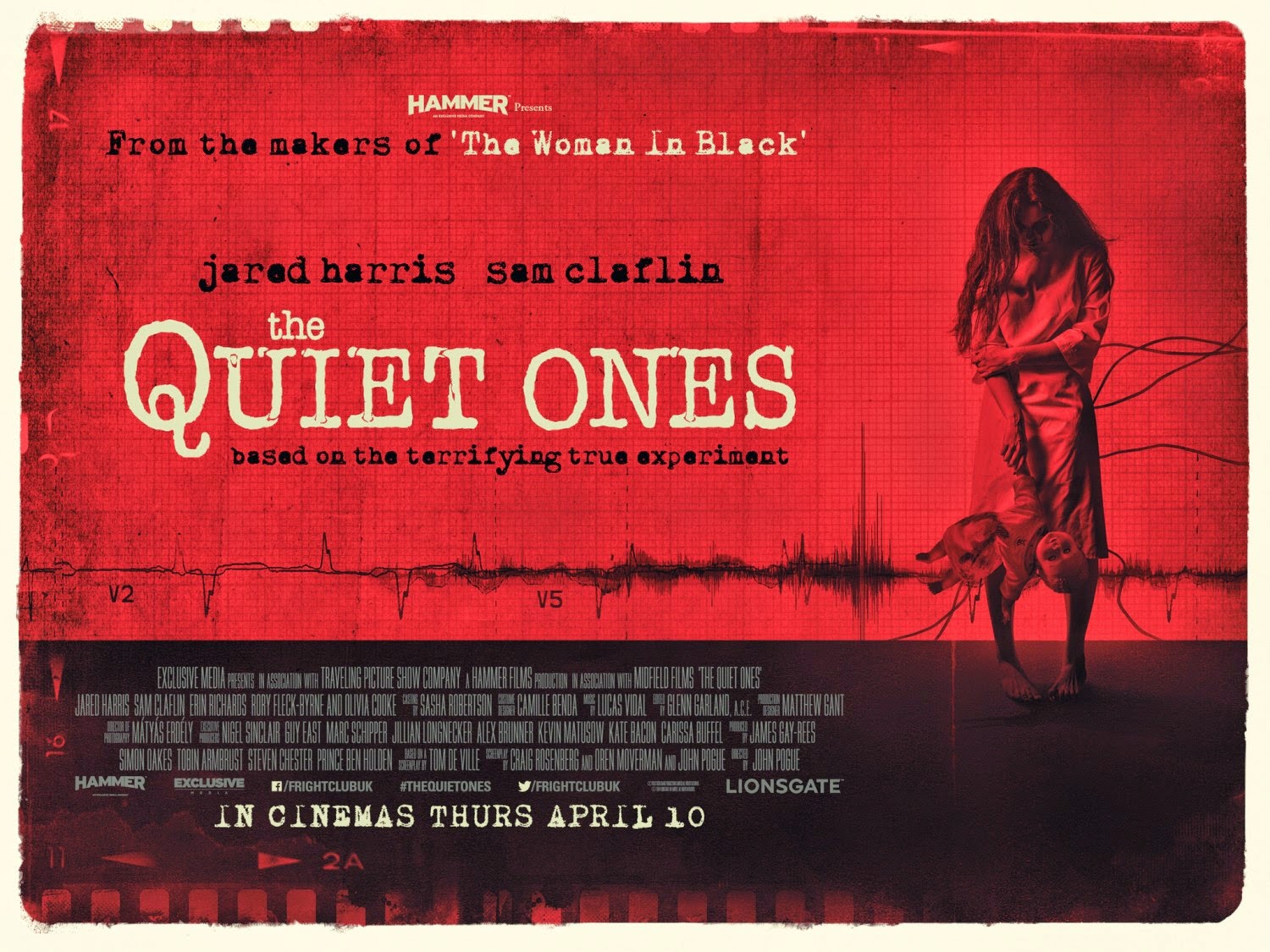 “It's the quiet ones you have to watch out for…”

Do you believe if ghosts? Well The Quiet Ones (from the producer who brought you The Woman In Black and Let Me In) is the slightly unnerving tale based on actual events of how a team of Oxford university students led by their professor conducted an ‘experiment’ to try and prove that spooks were simply a condition of the mind.

The experiment’s subject was a Jane Harper (Olivia ‘Bates Motel’ Cooke), a young girl full of unspeakable secrets, but are these secrets dark supernatural forces or rather more explainable homicidal issues?

"don't look her in the eyes"

So we join unorthodox Professor Coupland (Jared ‘Mad Men‘ Harris) as he recruits Brian McNeil (Sam ‘The Hunger Games’ Claflin) to film the experiment whilst goofy student Harry (Rory Fleck-Byrne) and sexy Krissi Dalton (Erin ‘soon to be in Gotham’ Richards), who insists on wearing hot pants which I’m not convinced are suitable scientific garb, tag along for the chilling ride. 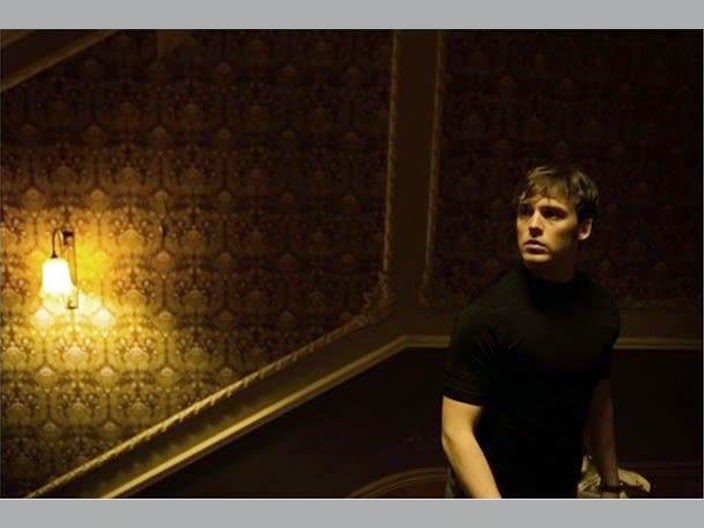 Professor Coupland is obsessed with trying to prove his odd theory that evil spooks are not entities back from the afterlife but rather projections manifested by traumatized minds. So his ‘experiment’ seeks to use mentally unstable Jane Harper and drive her to project negative energy and then ‘cure’ her. He does this by playing Quiet Riot’s “Come On Feel The Noise” very loudly all night – which is probably enough to drive anyone insane!? 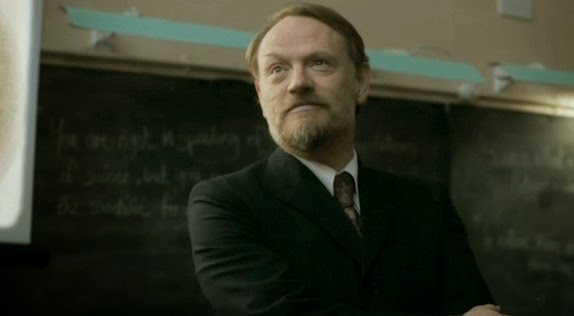 Things invariably go ‘bump’ in the night and Jane somehow gets a scar in the shape of an occult symbol.
Turns out that this scar is that of an ancient goddess venerated by a cult, which believed that the soul of this goddess possessed a little girl called Evey (which just so happens to be the name of the doll Jane carries). Oh, and this cult killed themselves in a big fire… You just know that it will end in tears. 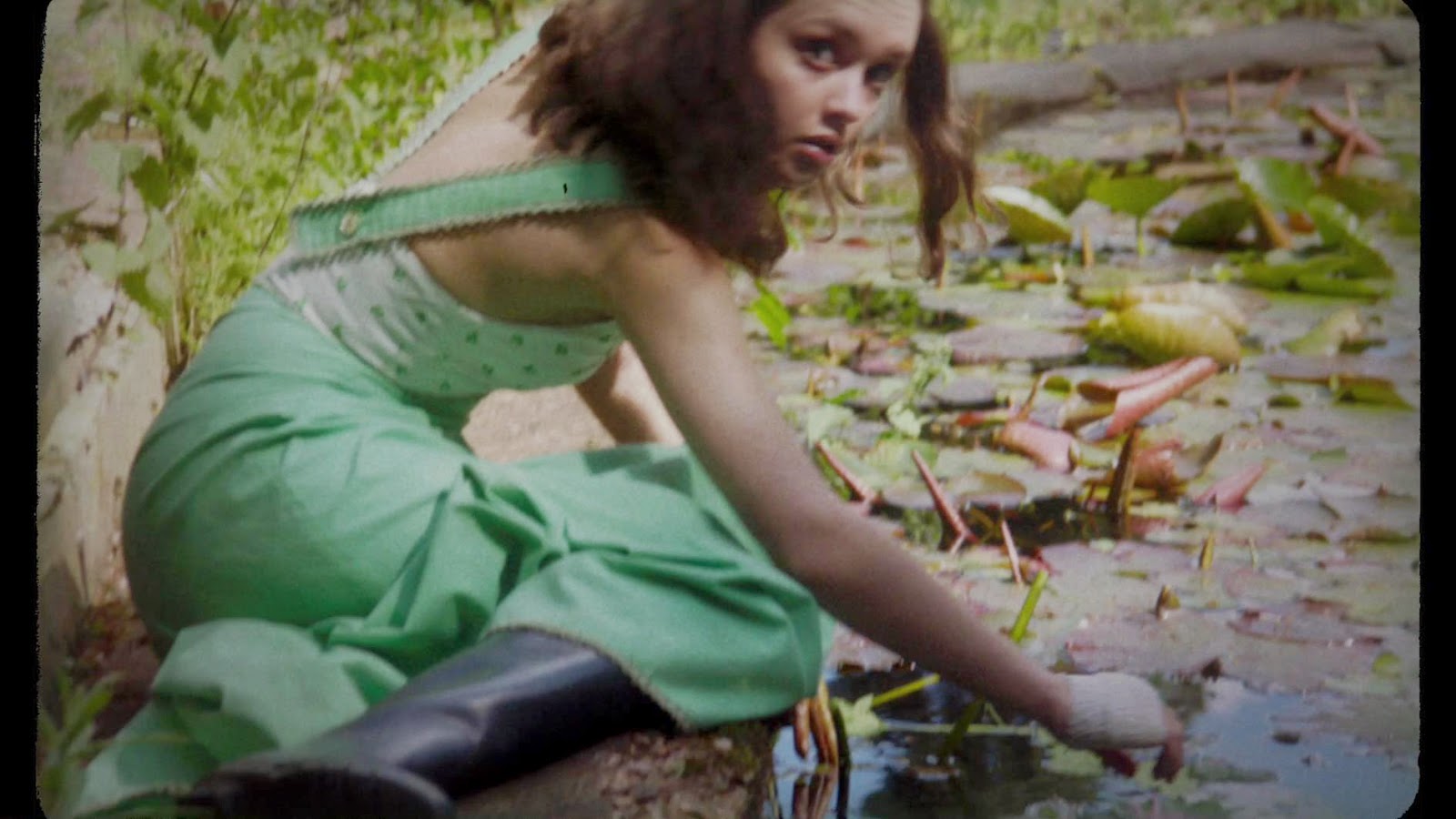 Director John Pogue does an adequate job with the uneven screenplay by Craig Rosenberg and Oren Moverman. The Quiet Ones starts well and builds up a decent eerie premise in the first hour but when the ghostly hokum kicks off it all gets more silly than scary. Yes there are plenty of ‘false’ scares in the form of sudden jump moments – and these are effective – so much so that the woman behind me in the cinema screamed very loudly, very often!

As a Christian I find it interesting to witness a supposed actual events experiment - because if the forces of supernatural could be 'proved' to be 'just' psychokinesis, it would have fascinating repercussions for wider believe states. The fact the the film-makers show the experiment ending in 'actual' forces of darkness at work - goes along with most horror films of this ilk, to suggest that there are supernatural forces beyond our human existence - and I'd very much include a 'positive' force as a counter balance to the demonic ones - which I'd term 'God'...

Horror ööö – some horror but not enough!

Spiritual Enlightenment öö - there just might be things out there... 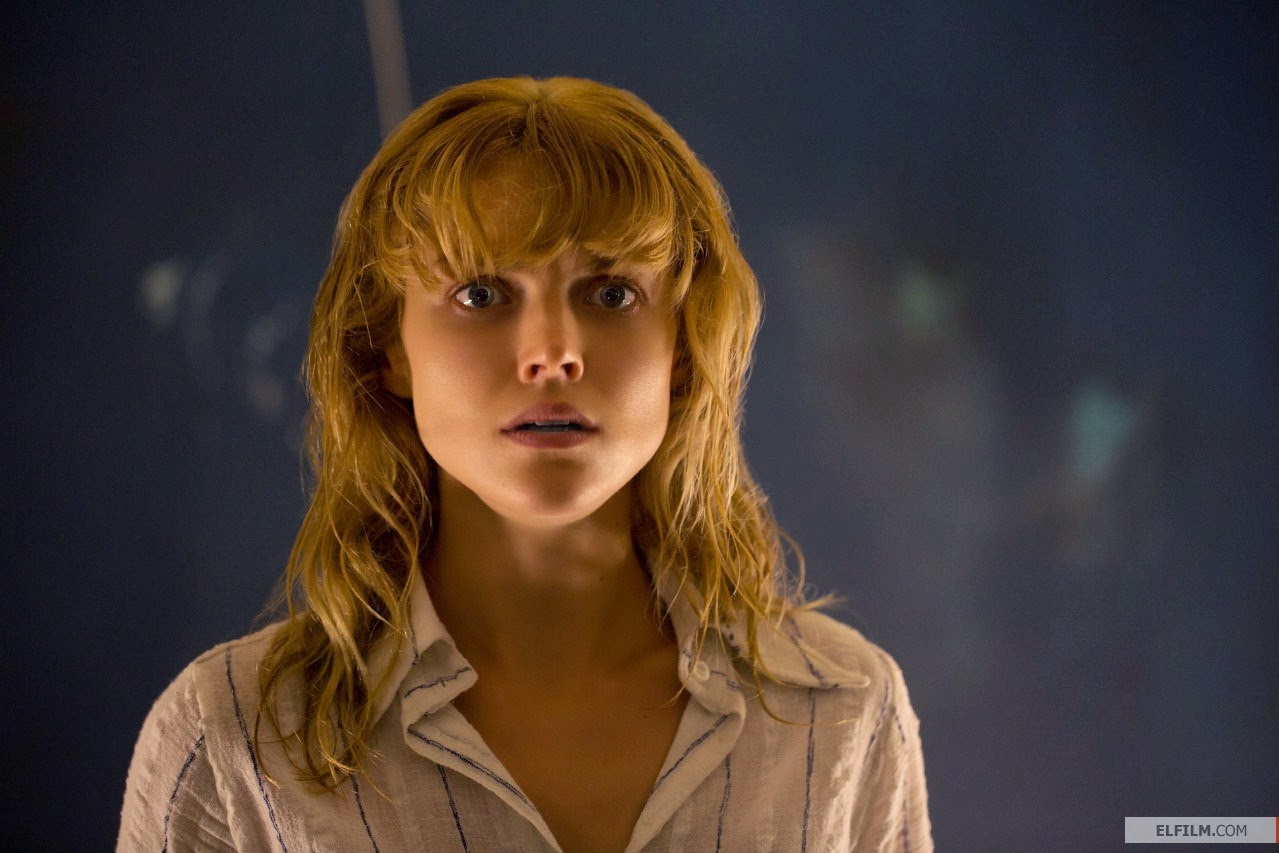 Yeah, I wanted to like this movie, but I thought it was pretty bland and forgettable.