Matt feels the love of the XENOCHRIST (review) 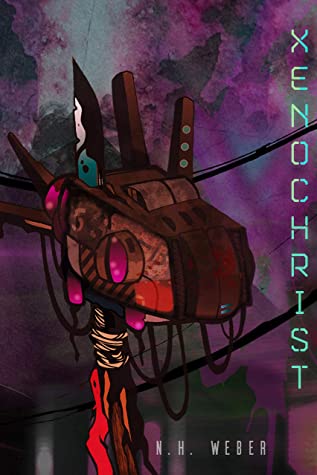 XENOCHRIST (Of Man & Machine)
N.H. Weber (@NHWWrites)
Reviewed by Matt Adcock (@Cleric20)
‘…the screen was cracked in multiple spots and barely lit. There were no images visible, just an old tech cursor flashing in place and one word repeating in place across the text field, "Hell?”’
XENOCHRIST is a great hard-boiled sci-fi/cyberpunk thrill ride set in the year 2503.
We get to hang out with Kravac Alntar and Wixspin Atlicke two corporate pals who are struggling to deal with the apparent suicide of one of their closest business partners (and friends) Volz Shimmel. The plot amps up as the two leads investigate the untimely death, was her suicide an accident? If not why did she want to die? And maybe more importantly - why is her data drive playback a vision of Hell?
Kravac and Wixspin are likeable double act but even more fun is their sometime companion - the heavily armed battle bot X-5 or ‘Fives’ as he’s known. Fives is a superb ass-kicking robo who deserves his own spin off! Weber writes with style and has a knack for building cyber-worlds. If you’re a fan of cyber action virtual reality adventures - think The Matrix meets a trippier Blade Runner - you’ve come to the right party. 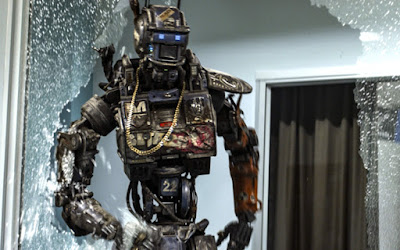 "this is Five's brother surely'
Encompassing weird and wonderful ‘Deep Web’ entities, a massive conspiracy involving rebel operatives, religious fanatics in a closed-off country (as a result of a FOUNDATION / Unification War) and a personal army of enhanced soldiers hunting for our two heroes means that there is never a dull moment. But none of these are the threat level of the being called Xenochrist. Kravac & Wixspin tale becomes one of survival at all costs as their paths cross with new allies as well as a host of enemies.
What we have then is a unique treatise on what does it actually mean to be human, where does an AI entity cross into our physical realm and even - is there a god or deity, and if so what is the criteria for being one, and if one does exist is it truly a good, moral, and just deity or can they be some malicious entity?
For those only looking for a quick easy read, XENOCHRIST isn’t that, this is a book which requires dedication and tolerance of heavy-duty sci-fi. My advice is to step up for this metaphysical adventure and then look forward to revisiting this world again when Nate Weber brings his next novel Lord of Poison out later this year.
Out of a potential 5 - you have to go with a Darkmatters:
ööööö (5 - Let the XENOCHRIST into your life!)
Click to buy your copy of XENOCHRIST Here
Check N H Weber's website Here
Read more Sci-fi!!
Click this banner to find out more about my near future nightmare cyberpunk novel...