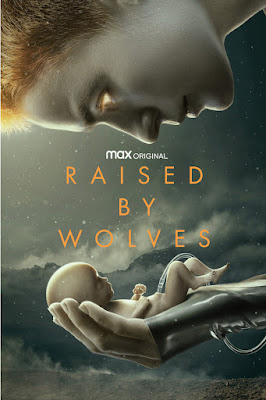 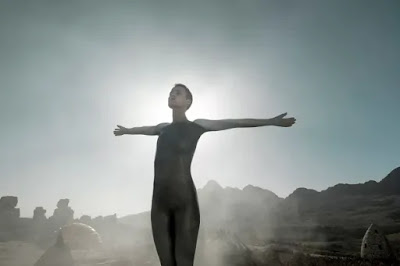 'come to mummy'
As per many future predictions, we have managed to ravage our home world by going to war over religious disagreement – and now the plan of the Atheists is to try and raise a new colony unbridled by any religion. What follows is a fascinating philosophy-em-up that incorporates many elements from existing theologies, borrows liberally from other sci-fi films and books and blends it all into a compelling mix.
Some have pondered that Raised by Wolves is actually based on one of the ancient Hebrew apocalyptic texts ‘The Book of Enoch’ that was deemed too wacky to make it into the standard C of E approved Bible. It’s not actually impossible when you look closer… The Book of Enoch features angels that fell from heaven in ‘The Book of the Watchers’ – the ideas around heaven and hell as places of isolation with communion between the inhabitants limited to antipathy such as the passage: "And these spirits shall rise up against the children of men and against the women because they have proceeded from them. From the days of the slaughter and destruction and death of the giants, from the souls of whose flesh the spirits, having gone forth, shall destroy without incurring judgement." etc etc…
By the end of the series, it doesn’t seem to be a huge stretch to envisage Kepler-22b as some prototype Garden of Eden – especially when you take into account the form that the offspring takes at the end of the series!? 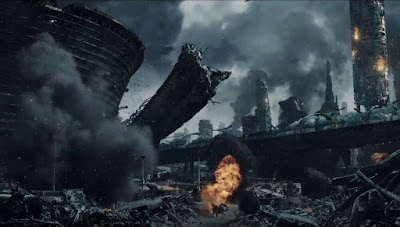 'we can't help ourselves'
But even this pseudo-religious posturing doesn’t undo what is actually a kick-ass show, the characters are well developed, the danger and threat levels sustained and the possibilities to be explored in season 2 are fascinating to ponder. Mother is set to be an iconic sci-fi character, she certainly was my favourite thing about the series so far. Part battle angel, part nurturing guardian – all ass kick, screams-that-make-you-explode weapon!! It would be quite brilliant if Scott introduces elements from the Alien timeline into this series – both sharing lots of android action and xenomorphic wildlife…
Raised by Wolves is a great series that I hope gets the chance to run and run – unlike my possibly fav sci-fi show FireFly which never made it past one season…

Spiritual Enlightenment öö - God is the cause of all problems?