The Universe Next Door
Marcus Chown

Einstein said "The most incomprehensible thing about the universe,

is that it is comprehensible..."

Marcus Chown might not be Einstein but he's certainly game at having a crack at explaining some of the newest ideas from cosmology scientists and their type. In The Universe Next Door you get 12 "mind blowing" ideas such as 'Could time run backwards?' 'Can we live forever?' 'Are there multiple realities playing out all possible alternative histories?' 'Have I left reason town on the last train to loony-von-making-this-sh*t-up-ville?'

Some of the ideas stretch the imagination - others make you shake your head and mutter 'nutbag' under your breath but all of them are worth reading if you're even remotely interested in the origin of our planet, time, space etc...

Sample paragraph: "Humanity is unlikely to be alone in making this decision. For if, as Harrison suggests, our Universe was designed by life specifically so that it would give rise to life, then it is likely that other intelligences in other galaxies will sooner or later face a similar dilemma. Which prompts a rather obvious question. Where are the other intelligences? So far, we know of only one example of biology: our own." 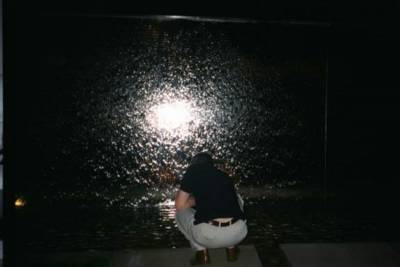 "Chown auditions for a part in Dark Water II"
Reviews of other books, films and stuff you might want to read indexed here
Posted by Matt Adcock at 8:49 am