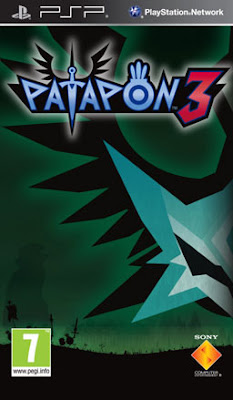 
Ever wanted to lead a tribe of crazy warriors that move only to your beat?

Well if you own a PSP then you're in luck... You might even have had a blast playing Patapon or Patapon 2 - but everything you've experienced up until now has been 'warm up' - Patapon 3 is where the real rythum drumming tribal warfare is at!

Yes just when you thought Sony Computer Entertainment Europe (SCEE) might be turning all thier attention towards the awesome looking NGP (PSP2), a game like Patapon 3 is released which shows that the current PSP is a handheld still kicking ass.

Yep the gameplay in Patapon 3 is immdiately pick up and playable (even more so than in the last two games) and it is once again invloves getting a tribe of warroirs to march into battle to the rhythm of the divine drums to please their 'Almighty' - you.

It's a beautiful, unique blend of rhythm and strategy gameplay that is ideal for a quick blast, and offers a deep, satisfying growing challenge that will keep you drumming for months to come. For the first time in Patapon history, you (the Almighty) is actually on-screen as a reincarnation of one of three new Superhero Patapon characters, putting you right at the heart of the groove.

Your tribe of followers will start small, consisting of just three supporting members Chin, Kan and Ton who will be hanging on your every drum beat as you command them through the game in time with the Pulse of the Earth. Guide them through more than 80 levels of volcano-scapes, darkened dungeons and twisted labyrinths, picking up new recruits along the way. 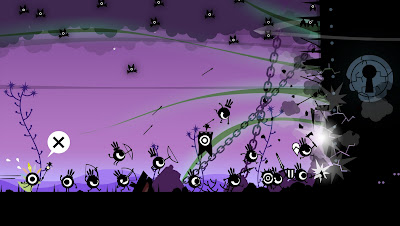 "hit em hard!"
As well as mastering the rhythm, you’ll also need to bring your tactics up to scratch – head to the Hideout where you’ll have to choose the optimal combinations of weapons and skills to send your brave little warriors to battle with. There are 30 bosses to defeat in the quest to save the fallen Patapon that have been turned to stone by evil forces, so your clan will need all your expertise. Different combinations of skills and weapons, and the way you play as a leading Superhero, will create a unique fighting style for your tribe, so no two Patapon clans are ever the same.

Patapon 3 brings online play to the series for the first time ever in Patapon history. Take your own Superhero to the online mode and play the entire game from start to finish as a team of four, or fight battles against up to seven others. You can even form your own online team with other heroes and put your tribe to the test against clans from across the globe.

Come on then 'Almighty' - show em what you've got!!

Check out more Patapon goodness over at http://www.patapon-game.com/
If Patapon was a girl it would be the awesome surf chick AnnaSophia Robb: 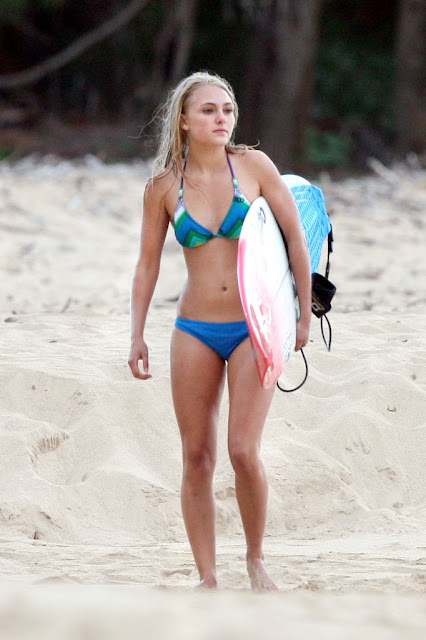