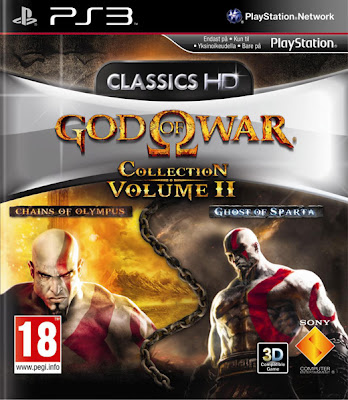 “I am Kratos - a former Captain of Sparta's Army, and once a servant to the God of War, Ares…


Now I serve the other Olympian Gods and hope to be free of the nightmares that haunt me.


All I know is death, combat and glory – in High Definition!”

If you’re a gamer of any sort – you should already know and love the God of War games. Now you lucky people can play the awesome PSP games - God of War: Ghost of Sparta and God of War: Chains of Olympus on your big screen HD TVs via the lovely PS3. Both the games rocked high scores of 9+ out of 10 in their hand held guises – the good news is that the The God of War Collection: Vol 2 brings more than just gorgeous graphics and Dualshock controls to the party.

Kratos is one man slaughter-em-up machine whose anti-hero antics see him taking down the denizens of Olympus, The Underworld and pretty much anything with a heartbeat in between. God of War III was a gaming high point many but the God of War Collection: Volume 2 is a perfect companion that brings two entire games of god bothering carnage. Chains of Olympus is a kind of prequel to the Original GOW and Ghost of Sparta its inbetween God of War and God of War II. 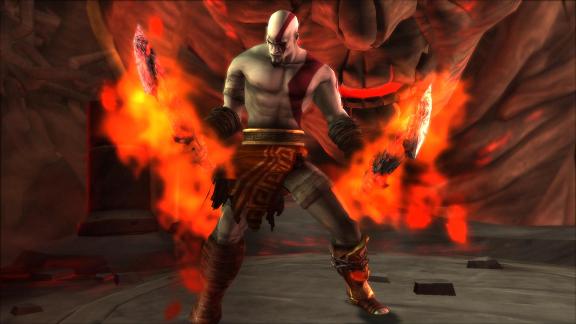 Both of the games look fantastic in HD but you can certainly see the evolution from Chains to Sparta in just about every area. Graphics and gameplay have been polished so it’s really worth working through Chains before tackling Sparta – as you’ll appreciate the refinements made.

Controlling Kratos is like taking an adrenalin overdose – macho battling, goddess seducing, monster slaughtering… all in eye popping HD. The quality of the conversions from PSP to PS3 is amazing and bodes incredibly well for the new PS Vita which legend tells will be able to transfer your game from the HD home console to the HD handheld…

Some of the boss battles redefine the word ‘epic’ in ways that have no equal in any game out there – if you want a dead cert rush – choose God of War Collection: Volume 2 and feed your inner warrior. It’s a non stop thrill ride which demands to be played.

Action gaming really doesn’t get much better than this and I’m delighted that Sony are keep the quality control dialled up to max for their iconic God of War series. Here’s to whatever may come next!!

Check out the official site

such as the royalty free music provided by Royalty Free Music.com to fulfill their production music and background needs at a fraction of the cost of other types of music
god-of-war-4-crack
idm-crack
disk-drill-pro-crack
iobit-uninstaller-pro-crack
rhinoceros-crack


Really Appreciable Article, Honestly Said The Thing Actually I liked The most is the step-by-step explanation of everything needed to be known for a blogger or webmaster to comment, I am going show this to my other blogger friends too.
god-of-war-4-full-download
windows-11-crack
window-12-pro-crack
windows-10-pro-activator