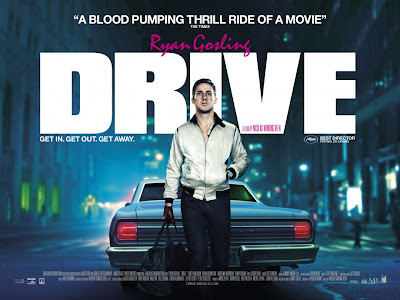 “If I drive for you, you give me a time and a place. I give you a five-minute window, anything happens in that five minutes and I'm yours no matter what. I don't sit in while you're running it down; I don't carry a gun... I drive.”

From the stunning opening scene of a crackling overhead neon LA cityscape, where a robbery is taking place – set to the compulsive dirty synth sounds of 'Nightcall' (Kavinsky Feat. Lovefoxxx)
– you just know that Drive is going to be a very cool film.

And you’d be right!

Star of the piece is ‘Driver’ (Ryan ‘Half Nelson’ Gosling) a man with no name but an uncanny way with cars. Drive is a powerful, heartbreaking romance shot through with heavy-duty violence and awesome crime-drama-action.

Based on the novel by Jim Sallis, Drive has been adapted for the screen by Danish director Nicolas Winding Refn (who made the excellent brutal Viking-em-up ‘Valhalla Rising’). It is the tale what happens when the ice cool Driver falls for cute girl next door Irene (Carey ‘Never Let Me Go’ Mulligan). Could he find happiness with her and her young son, outside of his links to the criminals who he drives for?

In a word ‘no’ because Irene’s husband, Standard (Oscar Isaac) is released from prison and before you can say “it’ll end in tears” there are beatings, robberies, deaths and double-crosses following thick and fast. Key to the dangerous underbelly of Drive are low rent movie producer Bernie (Albert Brooks), and his unhinged partner Nino (Ron Perlman). Brooks gets one of the best lines in recent times about his hands being ‘a little dirty’.

"What could go wrong?"

Everything works really well, the cast are all on good form – especially Mulligan and Gosling who share looks that will melt the heart of anyone watching. The soundtrack to the movie is amazing too – adding a haunting vibe to the four-wheeled carnage and slow burning romance.

Be warned though that the violence cranks up to an eye-watering level as things go very pear shaped – akin to other cool crime thrillers such as True Romance or Pulp Fiction. But it is an intrinsic part of the plot as Driver ironically might never get to be with Irene because of the violent measures he takes to protect her.

There is action and violence but still at the core a wonderful love story - showcased by the awesome scene where Driver takes Irene and her son on an impromptu excursion to the sounds of ‘A Real Hero’ by College Featuring Electric Youth. The scene is unbelievable... 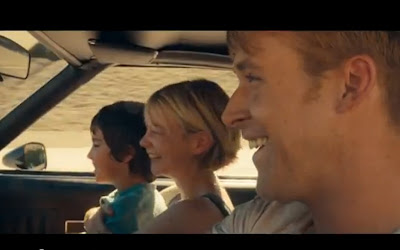 "Happy times but how long can they last?"

Drive is an immediate cult classic and definitely my film of 2011 – actually it has crashed straight into my top 5 films of all time!

Laughs öö – not a laugh riot

Spiritual Enlightenment ööö - everyone must make their own moral choices

WATCH the trailer and HEAR the main soundtrack song HERE 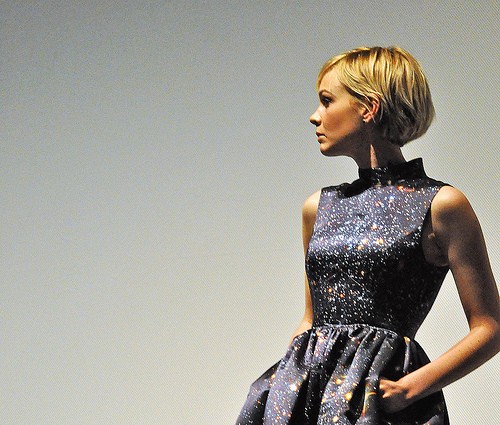 Another good, efficient review, Matt! The buzz has been excellent and I'm looking forward to catching this. I'm hoping it'll be like James caan's Thief, even tho the material is more like Ryan O'Neal's Driver.