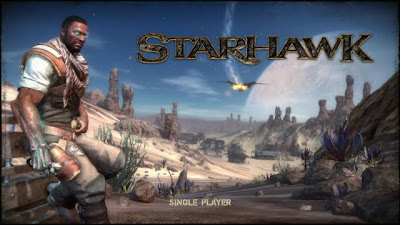 Step this way gamers to experience intense frenetic combat on foot, in vehicles and in the air… StarHawk is a new type of shooter packing a wonderful gameplay system called "Build & Battle."

If you’ve ever enjoyed shooting stuff online and / or building strategic defenses StarHawk will be your new best friend! I’ve been playing the Beta now for a couple of weeks and it is fast becoming a way of life!! The balance of power is swayed by the tactical advantage of picking from an arsenal of weapons, vehicles, and fortifications, violently delivered from an orbiting drop ship to help turn the tide of battle.

There is a very special feeling engaging in epic 32 player online battles where the maps dynamically change depending completely on each player’s strategy. Working online in a team and playing with friends is the very definition of ‘Awesome’.

In the Beta there are 2 game modes available - Capture the Flag and Team Deathmatch. If you played WarHawk, the basics of running / driving around and fighting aren’t a million miles away – flying has changed a bit due to the fact that the ‘Hawks’ in StarHawk can stomp around as Mechs as well as fly like F11’s. Jetpacks are available from the start too, in fact there’s tons here and the Beta doesn’t even give you everything the full game will...

StarHawk differs from WarHawk mostly though because of the fact that you can ‘build’ stuff – like hangers to launch Hawks from, garages to provide cars, bases which have heavy weaponry in them, sniper towers, walls, turrets and manned gun emplacements – think fast moving RTS game and you’ll get the idea!?. This strategic element brings a whole new way to play to the combat genre – it might sound mad or daunting but it works – and after a couple of games you’ll think Call of Duty is horribly limited because you can’t build stuff to sway the fight. 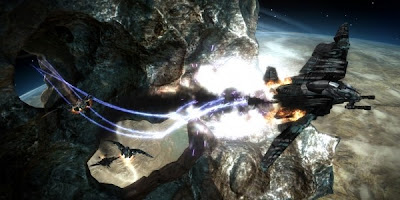 "dammit this bogey's all over me"

StarHawk is incredibly addictive and hits that sweet ‘one more go’ factor that can lead to whole nights being eaten up before you know what happened. Oh and the full game will have a complete single player campaign too (unlike WarHawk). 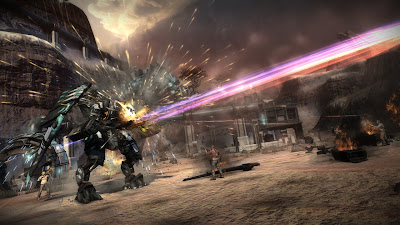 Hats off to the battle hungry dudes at Lightbox and Santa Monica studios – StarHawk is already a fantastic game even in Beta stage… I literally can’t wait for it hit the shops – online battlers need to play this game, Xbox 360 owners should seriously consider getting a PS3 for this (and maybe Twisted Metal) in 2012.

"If StarHawk was a girl... would probably be Amber Heard!"
Posted by Matt Adcock at 11:30 pm

Hello very cool blog!! Guy .. Beautiful .. Amazing .. I will bookmark your blog and take the feeds additionallyกKI'm glad to search out so many useful info right here in the submit, we need develop more strategies on this regard, thanks for sharing. . . . . .
200 Series Premium Steel Folding Chair [Set of 4] Color: Brown